After a 2012 filled with big headlines in Colorado, many expected a calmer year this year. That certainly didn't happen, with several huge stories dominating the headlines and in many cases getting national news coverage. The following were the Top 10 news stories of 2013 in Colorado.

Editor's Note: The following article was posted on CBSDenver.com a day before the Arapahoe High School shooting, which clearly would land near the top of this list.

A wave of rain and hail arrived in the Denver metro area on Sept. 9 and it continued to fall through the next day, saturating much of the Front Range. When another wave of rain arrived on the evening of Sept. 11 there was simply no place for the water to go and historic floodwaters started pouring out of the mountains down through the foothills and onto the plains.

By the time the heavy rain finally stopped falling on the Sept. 15 (!!) historic amounts of rain had fallen across 17 counties.

Nine people died in the floods. The last victim was not found until Oct. 8 when crews found the body of Patricia Goodwine, 60, of Cedar Grove in a debris field.

Nearly 2,000 homes were damaged or destroyed in the floods. The National Guard had to airlift hundreds of people out of their homes.

The impact of the floods reached nearly 200 miles, damaging 485 miles of roads and 27 were so badly damaged they were closed after the floods. The last of the damaged major roads reopened in Larimer County at the beginning of December, but there is much recovery work still to be done.

The Black Forest Fire started on June 11 and scorched 14,280 acres before it was contained on June 20. The fire destroyed nearly 500 homes in the area just north and east of Colorado Springs. It quickly became the state's most destructive wildfire, surpassing the damage done by the Waldo Canyon Fire a year earlier.

Two people died in the blaze. 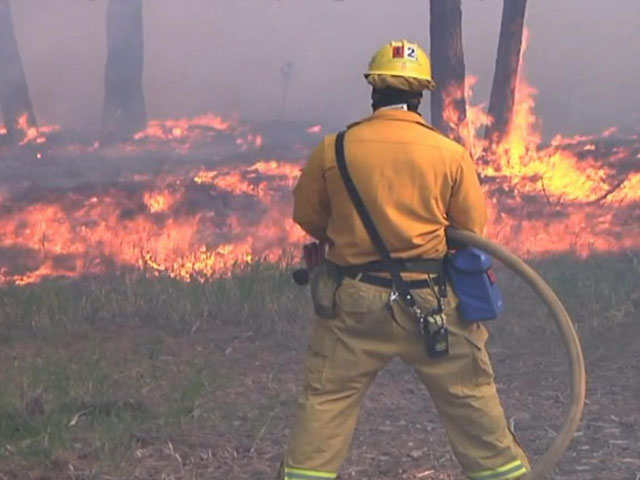 At the same time in July, crews were also fighting a wildfire which burned 48 of 52 of the buildings at the Royal Gorge Bridge and Park near Canon City. Another large wildfire system later in the summer -- the West Fork Fire Complex -- was also part of what was a difficult year of wildland firefighting in Colorado.

Controversy surrounding the Black Forest Fire, the response and the investigation erupted in November when Black Forest Fire Chief Bob Harvey said the fire had been intentionally set. El Paso Sheriff Terry Maketa immediately responded with fiery words that was not the case, although it's believed the fire was human-caused. There are also questions about a possible delay in a request for additional resources when the first call about the fire came in.

Democratic state lawmakers made more restrictive gun laws a top priority in the 2013. After divisive debate, the House and Senate passed legislation limiting ammunition magazines to 15 rounds, requiring a background check on all gun sales, including between private citizens, requiring some in-person training for concealed carry licenses and prohibiting domestic violence offenders from owning guns. 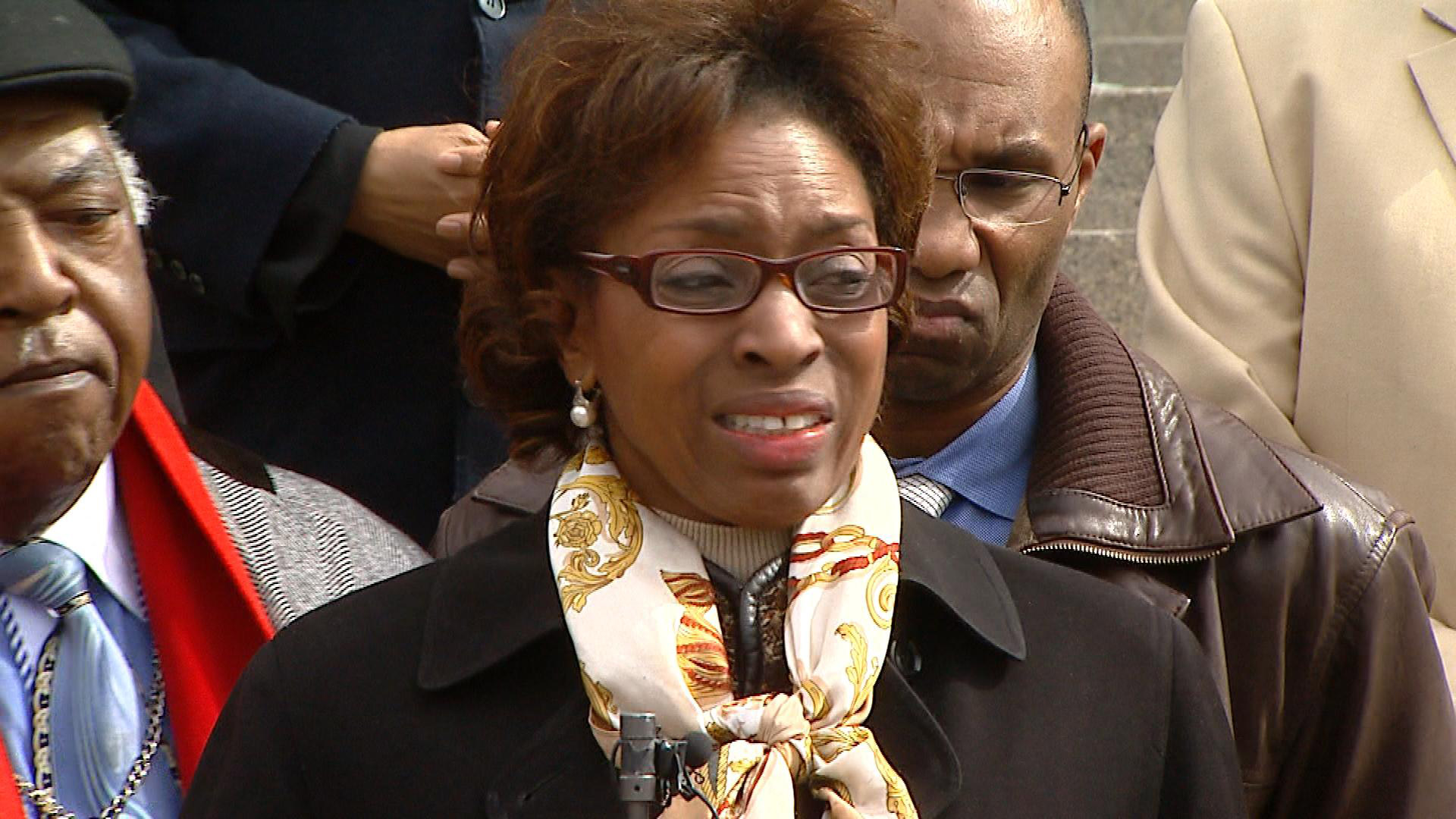 During the session, Democratic Rep. Rhonda Fields from Aurora reported receiving threats because of her support for the legislation. Police arrested Franklin Sain in February but charges of harassment were dropped in July after he agreed to comply with a permanent restraining order keeping him away from Fields.

In November voters in two southern districts recalled Democratic senators because of their support for the laws. Senate President John Morse lost his seat in Colorado Springs and Angela Giron lost hers in Pueblo.

Later in November, Democrat Sen. Evie Hudak, who represented Westminster, resigned rather than face a potential recall election in her district which, if successful, would have given control of the Senate to Republicans.

On March 17, Nathan Leon, a husband and father of three girls, disappeared while delivering pizzas in Denver. His body was found in Golden after he was shot to death.

On March 19, the executive director of the Colorado Department of Corrections Tom Clements opened the front door of his home in Monument and was gunned down. 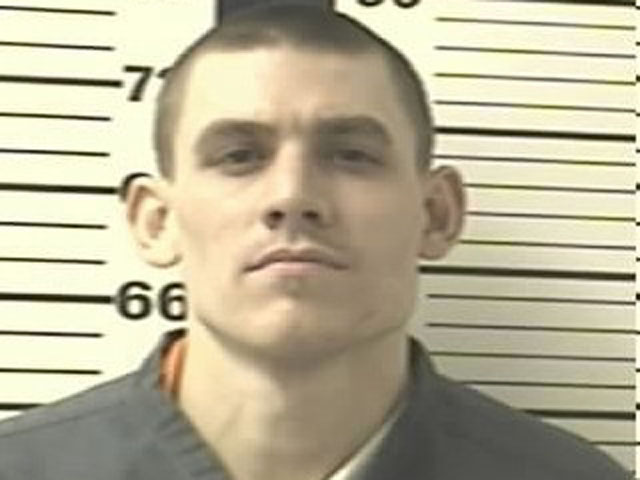 Investigators quickly identified parolee and white supremacist Evan Ebel as a suspect in the murder of Clements. Ebel died after being involved in a high-speed chase and shootout with sheriff deputies in Texas. When investigators there found a pizza box and a delivery shirt in Ebel's car, investigators in Colorado linked the two cases.

CBS4 investigators learned Ebel had been released from prison four years early and placed on an electronic monitoring system. However, further investigation revealed Ebel removed that device on March 14, days before the murder of Leon. Parole officials did not discover the problem until just hours before the murder of Clements.

Colorado voters approved the use of recreational marijuana for adults 21 and older in the November 2012 election. In 2013, the focus shifted to how to implement the law and what limitations should be placed on the sale of pot. 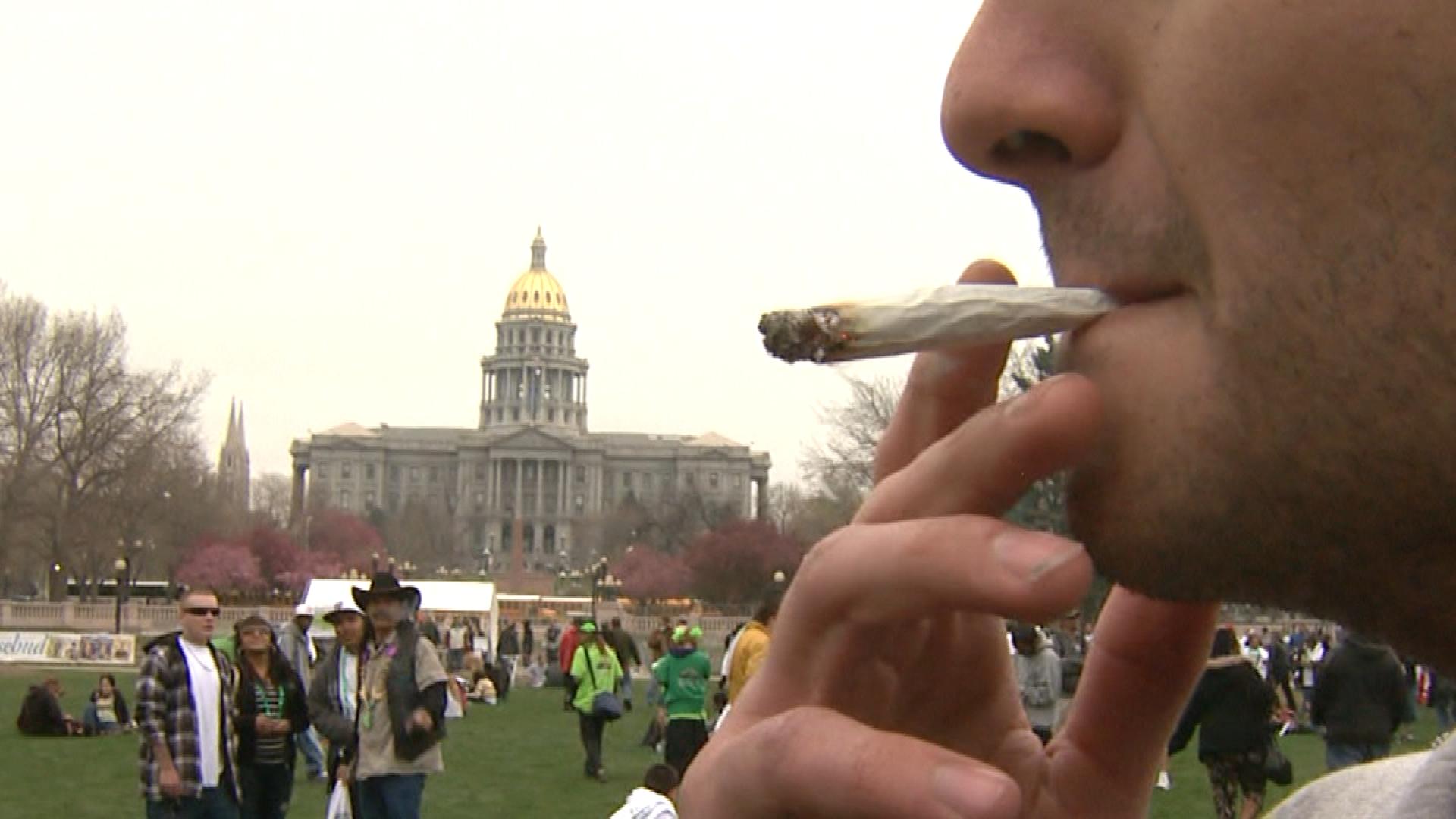 Several cities banned the sale of marijuana within their boundaries. Others like Denver and Boulder looked at combining sales of medical marijuana with recreational marijuana. Cities also struggled with imposing rules on where people could smoke pot on their own property. Denver flip-flopped on front yard and balcony smoking before finally saying residents could smoke in those areas.

In November 2013, voters approved a 15 percent excise tax and a 10 percent sales tax on recreational marijuana by a hefty margin of 65 percent to 35 percent. That's estimated to bring in $70 million a year with the money earmarked for schools and regulation.

At midnight on May 1 same sex couples lined up at several county offices to unite in civil unions. Colorado was the sixth to legalize the unions during the 2013 session. It gives unmarried couples many of the same legal protection as marriage, including adopting children, insuring one another and protecting property inheritances. 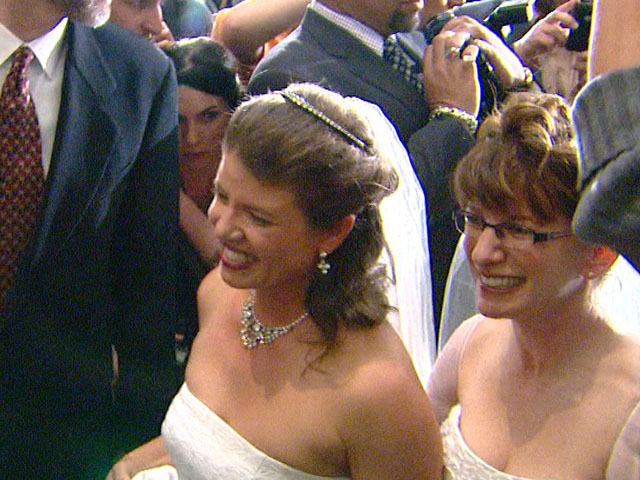 On Sept. 30, the Johnson family left their home in Buena Vista for one of their favorite hikes at Agnes Vaille Falls near Mount Princeton. Only one member would survive when a rockslide trapped the family. Dwayne and Dawna Johnson along with their oldest daughter, Kiowa-Rain, 18, died as well as their two nephews, Baigen Walker and Paris Walkup, both from Missouri.

The Johnson family. (Left to right: Kiowa-Rain Johnson, Dawna Johnson, Gracie Johnson and Dwayne Johnson. The photo includes the Johnson's son, Dakota, who was not with the family during the hike). (credit: CBS)

Only Gracie Johnson, 13, survived the slide. She said her father protected her with his body. Gracie's classmates started a fundraising drive for her.

Officials closed the trail after the slide because of continuing safety concerns. It will remain closed until the spring of 2014 when its safety will be assessed.

Dylan Redwine, 13, was last seen at his father's home in Vallecito on Nov. 19, 2012, the Sunday before Thanksgiving. Almost seven months later his remains were found.

His father, Mark Redwine, reported Dylan missing when he said he returned home after leaving to run errands. 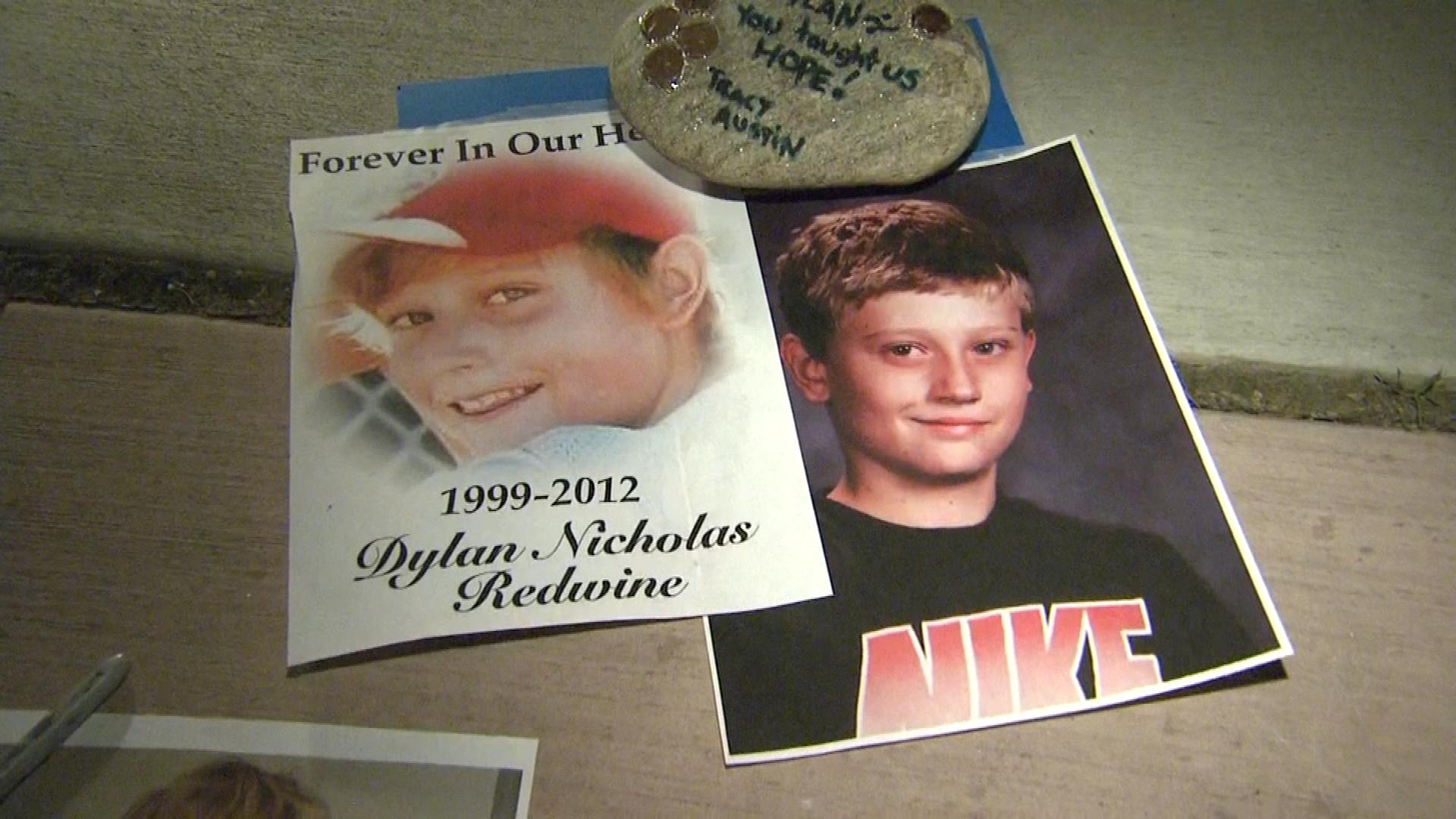 Dylan was on a court-ordered visit with his father for the Thanksgiving holidays. He spent most of his time with his mother, Elaine Redwine, in Monument.

In June, crews resumed a search of the Middle March Mountain area. On June 27, the La Plata County Sheriff's Office confirmed the remains of Dylan Redwine had been found in a remote area.

Authorities thought Middle March Mountain had too much snow to safely search when Dylan was first reported missing. That area is north and within sight of Vallecito Lake, near Dylan's father's home.

At the end of the year the circumstances of Dylan's death were still not known.

A year after the fire was out the residents of Manitou Springs and those living in the canyon along the burn scar left by the Waldo Canyon Fire experienced a new natural disaster: flash flooding.

On July 1 and again on Aug. 9, heavy rain hit the area sending walls of water down Highway 24 through streets and into homes and businesses.

The flash flooding hit the tourist town of Manitou Springs the hardest in the July flooding, leaving businesses and homes coated in inches of mud. More than half of an inch of rain fell in 20 minutes, pouring mud and debris from the burn scar into Fountain Creek which flows through the community.

On Aug. 9, the storm hit farther to the west. That had water cascading down Highway 24, catching and carrying vehicles already on the road. In some cases drivers abandoned cars on the side of the highway and fled to higher ground to wait for the floods to pass.

About 1.3 inches fell in a matter of minutes in that storm. One man died when he was caught in a mudslide created by flash flooding.

Because of the number of drivers caught on Highway 24 during the flash floods, CDOT started round-the-clock patrols of Highway 24 from Manitou Springs to Cascade starting in the middle of August and through the month of September.

The agency also automatically closed the highway when the National Weather Service issued a flash flood warning for the Waldo Canyon Burn Scar or if more than a quarter of an inch of rain fell.

On Oct. 1 and against the advice of his attorneys, Austin Sigg pleaded guilty to 15 charges in the kidnapping and murder of Jessica Ridgeway and the attack on a jogger.

The guilty pleas came almost a year to the day 10-year-old Jessica disappeared on her way to school.

Sigg was 17 at the time and could not face the death penalty but he was being tried as an adult. However, because of his age at the time of the murders, the penalty for the first-degree murder was 40 years in prison with the possibility of parole. 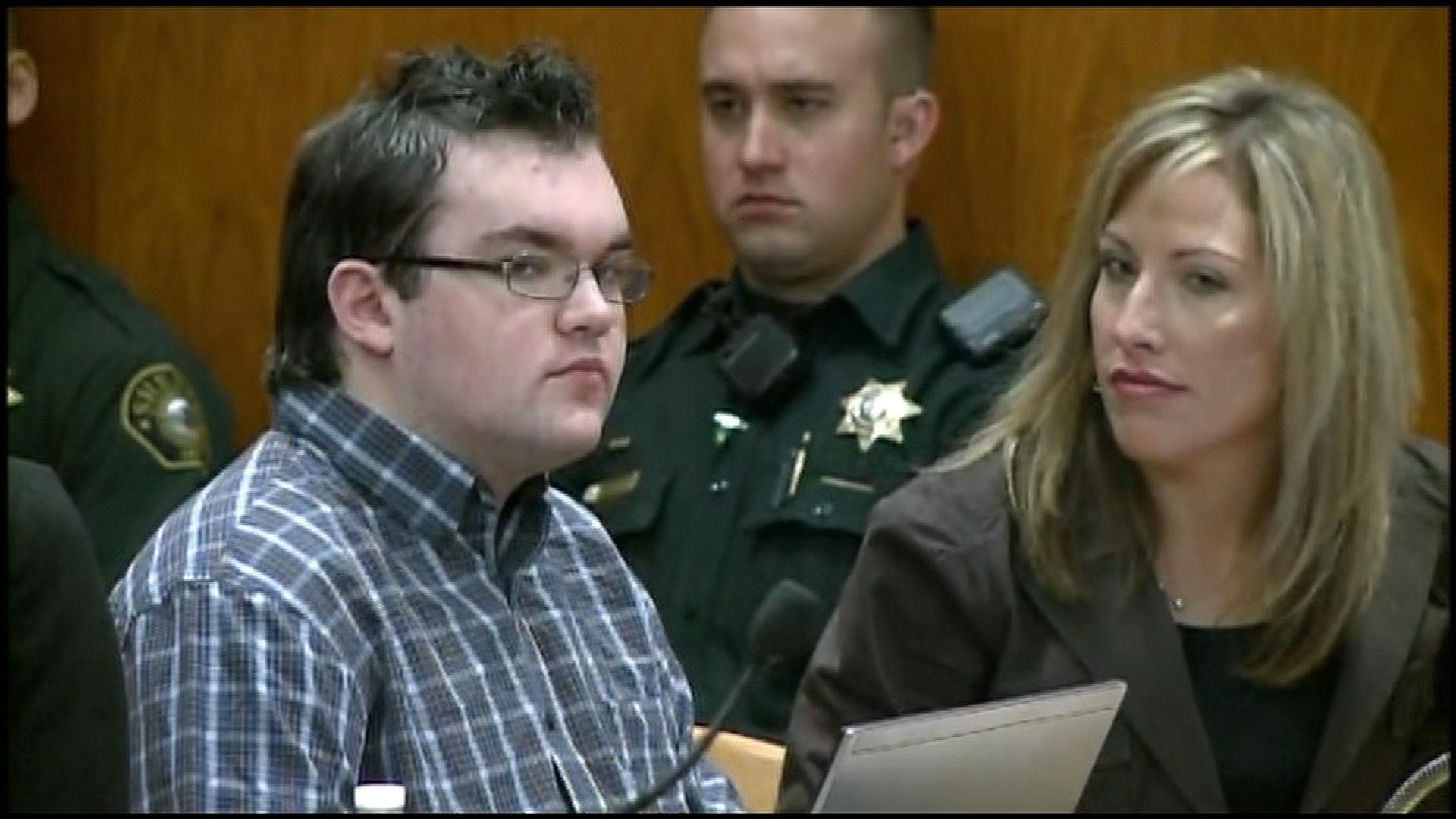 At his sentencing Jessica's mother, Sarah Ridgeway, told the court Sigg had no right to know how her murder made her feel and she would never say his name once she left the court.

The judge said Sigg deserved to spend the rest of his life behind bars calling his crimes evil.

Judge Stephen Munsinger sentenced Sigg to life for the murder charges plus another 86 years for the additional charges, insuring the 18-year-old will die in prison.