DENVER (CBS4)- On the anniversary of the Parkland, Florida school shooting at Marjory Stoneman Douglas High School, Colorado lawmakers introduced a bill aimed at removing guns from people who are mentally unstable. Republicans killed the so-called red flag bill last year, although it had some bi-partisan support.

This year, Democrats are in control and plan to pass an even tougher bill. Among the opponents is the Aurora theater shooting prosecutor, who supported last year's bill.

Among the supporters is the father of one of the victims in that shooting, who is sponsoring this year's bill.

"I'm here at the legislature to make sure what happened to my family and my son doesn't happen to others," Rep. Tom Sullivan said at a news conference unveiling the bill.

For Sullivan, the issue of gun violence isn't political. It's personal and painful. His son Alex was killed in the Aurora theater shooting. On July 20, 2012, 12 people were killed and dozens of others injured when a gunman opened fire in a crowded theater.

"Watching your child's body drop into the ground is as bad as it gets and I'm going to do everything I can to make sure none of you have to do that," said Sullivan. 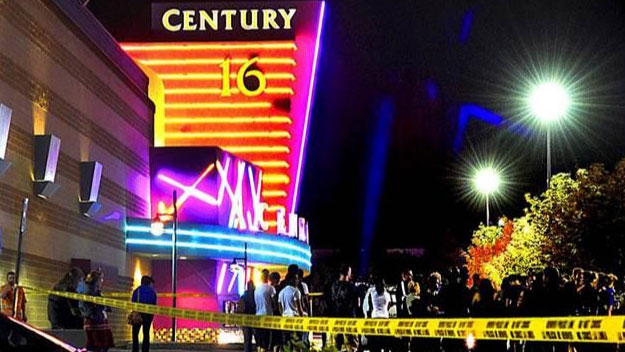 It is why Sullivan ran for office and why he is now running a bill that would allow anyone to ask a judge for an extreme risk protection order. That order would allow police to remove guns from people believed to be a significant risk to themselves or others, unless the person can prove otherwise.

He prosecuted Alex Sullivan's killer and supported the bill last year, but he says it goes too far this time.

Sullivan said the burden of proof change came at the request of law enforcement.

Wearing his son's jacket, "He's with me and I can feel him in me," he said the time for debate has passed, "I'm not doing this for Alex and my family, I'm doing it for yours. We're on the clock right now folks. This is happening every single day. If we keep talking about it, people are going to keep dying."

Another change in this year's bill is that the gun owner would get a court-appointed attorney at his first hearing, which would take place within two weeks of his guns being removed. At that hearing, the judge would decide whether the gun owner should lose his guns for a year.

In other states that have passed the law, including Florida, Connecticut and Maryland, judges have issued an average of 100 extreme risk protection orders a month.