LITTLETON, Colo. (CBS4) - A man remains on the loose after his suspected partner was shot and killed during a home invasion after the suspects answered a Craigslist ad in Jefferson County on Sunday.

One day before the robbery at a residence in the 5400 block of South Taft Court occurred there was a similar report. It came on Facebook from a man writing that some people answered an ad for his car. He said they "put a gun to my head and pulled out a knife" before taking off.

What makes it especially pertinent is he wrote they were in a gold Ford Mustang, the same vehicle description given at the Taft Court shooting.

"The gold Mustang was located overnight, it was found in Federal Heights just off of Huron Street, and that vehicle is a steal out of Lakewood from earlier last week," Jacki Kelley with the Jefferson County Sheriff's Office told CBS4's Rick Sallinger.

It was Sunday when two men went into the home on Taft Court near Belleview and Simms and tied up the male homeowner. He got loose, ran out and began firing at an intruder in his SUV.

"The homeowner who was restrained inside of house was able to break free from the restraints, come outside, confront the two suspects who still were there, and that is when first shots were fired," Kelley said. 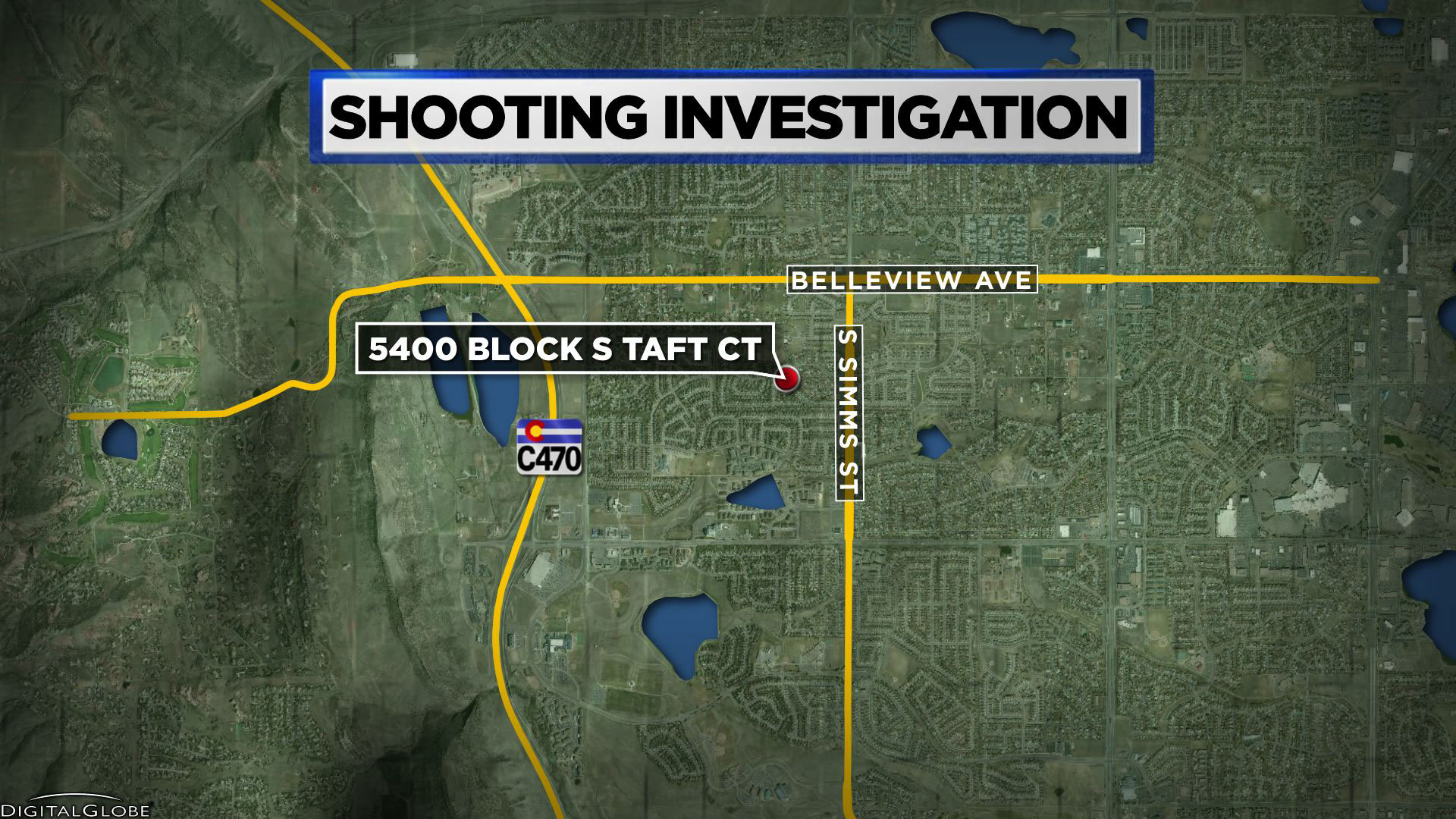 Deputies were seen photographing the face and hands of a man outside the home where the invasion occurred. The SUV that was taken from the home was found a half block away with windows shot out and a man inside.

A neighbor who didn't want to give his name said, "The person was unconscious there in the driver's seat, there was only one in the car, bleeding pretty badly."

The Jefferson County Sheriff's Office is warning people that if they advertise things for sale on the Internet they should be careful and go to a neutral location like a sheriff's office. If they must show up at their home, have other people around them.