When asked about the rising rate of suicide, Romanoff replied, "Easy access to firearms, stigma, some folks attribute the "Western mentality" of pull yourself up by your bootstraps, don't get help. And the truth is half a million Coloradans aren't getting the mental health care they need and it's one of the reasons Colorado's suicide rate is among the highest in the nation." 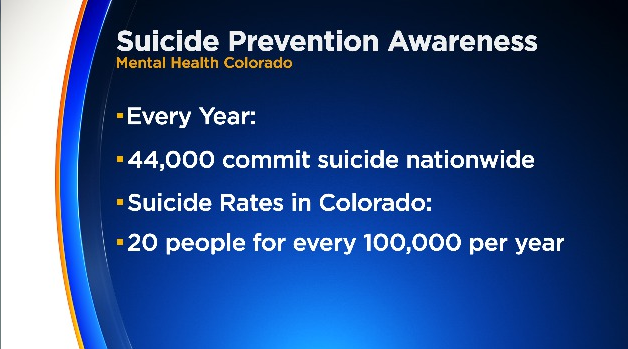 There are signs of suicide exhibited by people before they take their lives that include a change in behavior like using more alcohol or drugs, isolating themselves, sleeping too much or too little, calling people to say goodbye and giving away their prized possessions; also changes in how the person talks to others, proclaiming they are a burden, they feel trapped, have no reason to live; also mood changes, depression, irritability and anxiety.

"Talking about it doesn't make it more likely to kill yourself, that's a myth," said Romanoff. "If they talk to a trained professional, they are far more likely to not commit suicide."

Those who want to help can speak up if worried, respond quickly in a crisis and offer help. 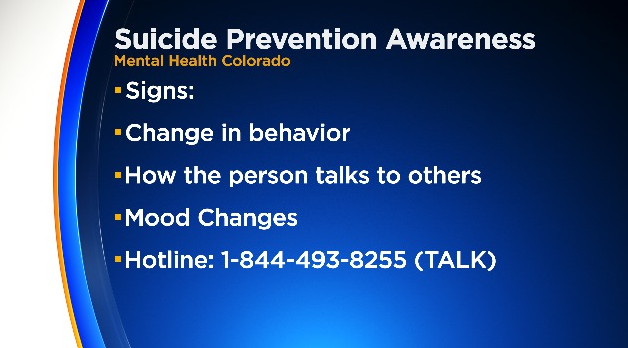 Romanoff said there is a lack of resources statewide.

"We ought to be putting a mental health professional in every school. We know the onset of mental illness usually occurs during adolescence but we also know there is a gap, a delay between the onset of symptoms and the arrival of treatment, a gap that lasts on average eight to 10 years," said Romanoff. "That's way too long."