DENVER (CBS4) - An incoming snow storm is prompting airlines, like Southwest, to cancel flights out of Denver International Airport. A blizzard warning takes effect at 10 a.m. on Wednesday for many areas along the Interstate 25 Urban Corridor. 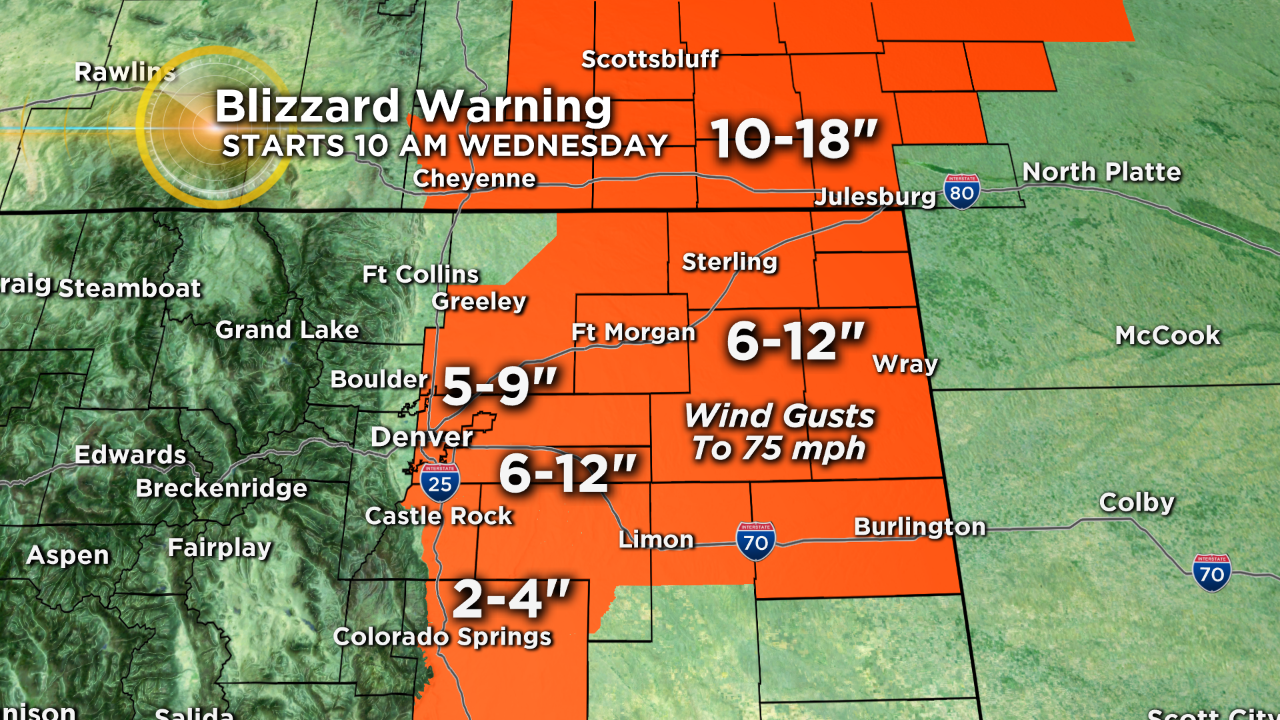 According to DIA's website, Southwest has canceled nearly every departing flight on Wednesday.

At this point, a handful of departures for Frontier Airlines have been canceled.

DIA issued the following statement and factoids regarding snow removal and mitigation efforts:

"DEN is prepared to deploy its snow removal crews when snow begins to accumulate. Crews are also prepared to treat and clear Peña Blvd. throughout the storm."

About Snow Removal at DEN