An open meeting was held at Hauser's office, located on the corner of South Broadway and Virginia Avenue, where business owners, Denver Public Works staff, and other city officials discussed the lane.

The city of Denver opened the lane Monday morning launching a three-month long testing period. Many business owners believe the lane will push customers away.

"I'm going to lose business, it's going to happen," said Scott McNary, owner of Think Tank Tattoo. "I have no problems with bikes, I think it's awesome that people want to get out there and do that kind of thing. I don't think Broadway is appropriate for it."

Some business owners said they were not adequately made aware of the project happening outside their front door. They are upset the half-mile long bike lane between Bayaud and Virginia takes away too much parking.

"If we just install it, we're going to get it wrong the first time," Jolon Clark, City Councilman for Denver's District 7, told CBS4's Kelly Werthmann. "By studying it, we're going to make sure that we work out all of these kinks, that we really listen." 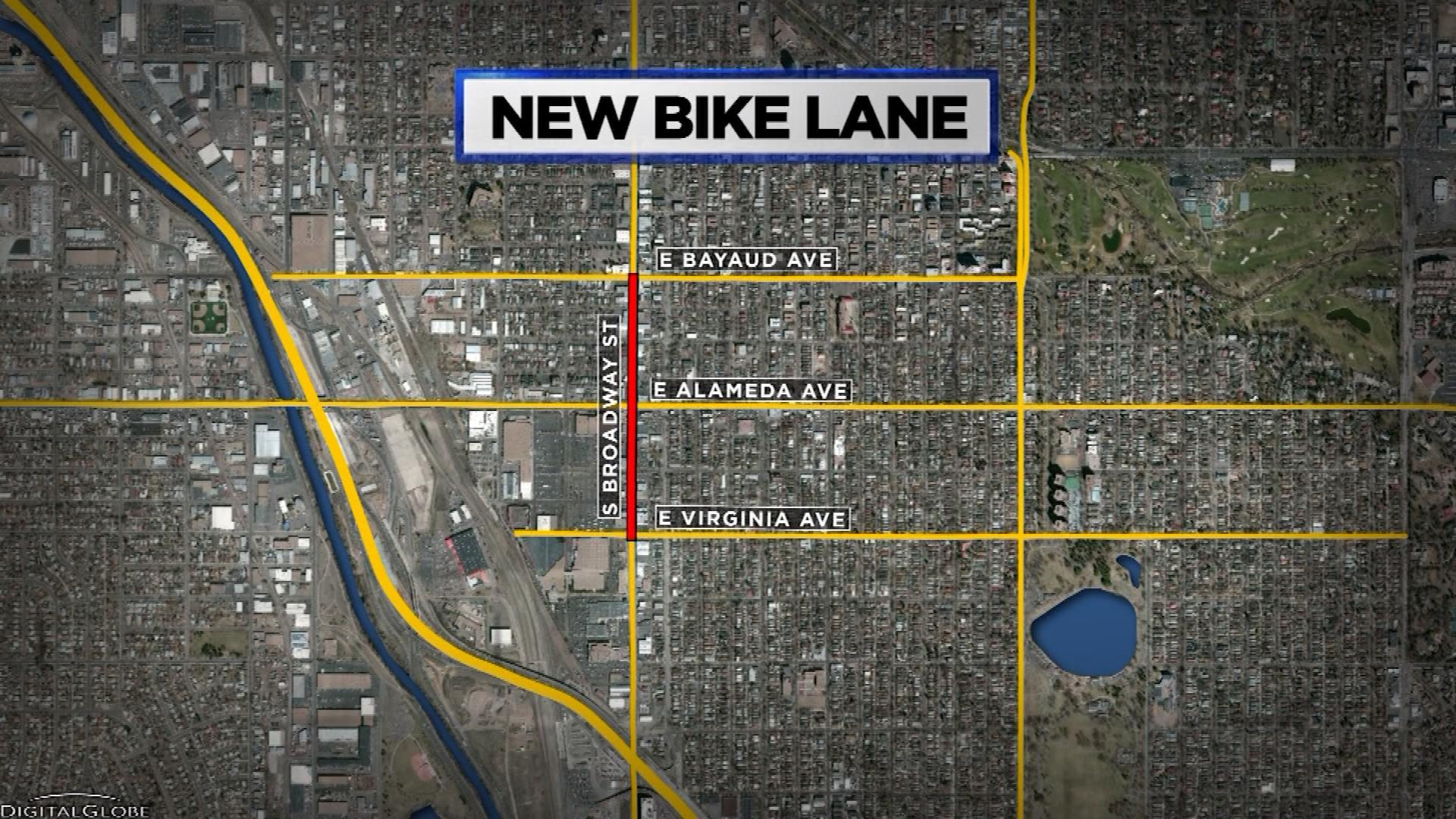 Clark said Denver's population is growing rapidly with about 40 new people coming to Colorado's capital every day. With the increased population, he said there is more demand for creating a more bike-friendly city.

"We're looking at how we can get more people on bicycles," Clark said. "Let's all work together over the next three months to see what works, what doesn't work, and what does the future of Broadway look like."

Hauser said the current bike lane design definitely doesn't work. He said it not only takes away parking, but also creates an unsafe route for bicyclists.

"I can tell you that I would never let my kids use it or myself unless it was more protected," he said. "Coming down Broadway there are way too many cars going way too fast, way too much going on."

Yet business owners like Chia Basinger, owner of Sweet Action Ice Cream near First and Broadway, believe the bike lane will boost business.

"If we are able to get a bike lane in our area of Broadway, we think that makes it a destination neighborhood," Basinger said. "There's always parking problems on Broadway and we think being able to move customers to our area, to all the businesses in our area, by bike enables us to reach more people, more people to reach our business."

Denver Public Works will test the new lane until about mid-November. Project managers will monitor the impacts on traffic and safety as well as consider the opinions from business owners. If all goes well, Senior City Planner Dan Raine said the project will continue for another 12 months.

"This is change from what they're used to for the last 20 years," Raine said of the upset business owners. "So we have to work with them on that change and try to find the middle ground."

Feedback from motorists, cyclists and business owners is encouraged online.

Kelly Werthmann joined the CBS4 team in 2012 as the morning reporter, covering national stories like the Aurora Theater Shooting and devastating Colorado wildfires. She now anchors CBS4 Weekend Morning News and reports during the week. Connect with her on Facebook or Twitter @KellyCBS4.