DENVER (CBS4) - A new report from the U.S. Drought Monitor released Thursday shows that severe drought conditions are now being detected in the immediate Denver and Fort Collins metro areas.

A severe drought means that crop or pasture losses are likely, water restrictions could be imposed and in some communities, water supply could be at risk. 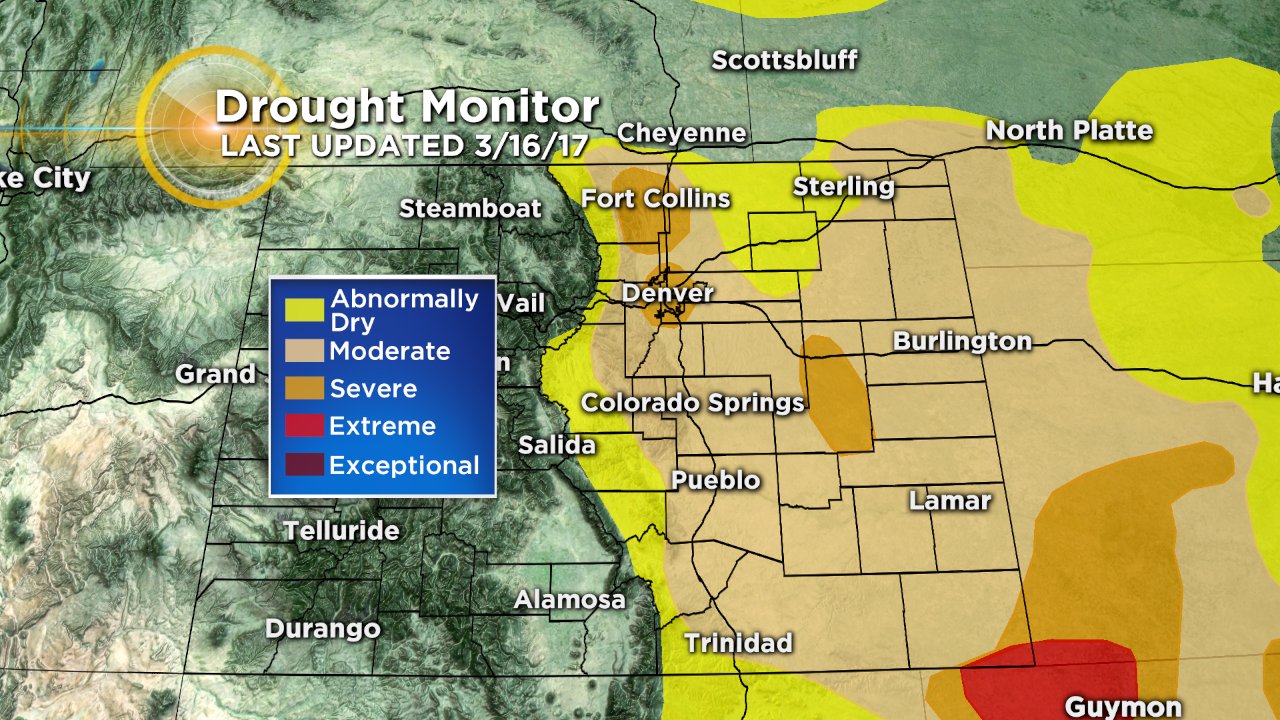 Drought conditions developed late last summer across eastern Colorado and have been expanding ever since.

At this point this is an agricultural drought due to a lack of precipitation over the fall and winter.

A large majority of the population in the foothills and on the eastern plains depend on water from reservoirs higher up in the mountains where winter snow has been abundant.

But things could change fast in the week ahead depending on how precipitation patterns develop over the spring and summer.

Meteorologist Chris Spears writes about stories related to weather and climate in Colorado. Check out his bio, connect with him on Facebook or follow him on Twitter @ChrisCBS4.