DENVER (CBS4) -- Babies in intensive care at Rocky Mountain Hospital for Children (RMHC) can't go to see Santa Claus. So, on Tuesday, the Jolly Old Elf and Mrs. Claus came to them. The couple posed for pictures with 50 of the babies in the neonatal intensive care unit (NICU).

That way, the kids wouldn't miss getting their very first Christmas photos with St. Nick.

It's not easy spending the holidays in the hospital, especially for worried parents.

"She was born at 25 weeks," said Bobbie Winne as she choked back tears.

The new mother can't help but get emotional when she talks about her tiny baby girl. Ava Jean was due around Valentine's Day, but she arrived closer to Thanksgiving.

"Rather than being our little love child, she decided to be a little turkey," Bobbie told CBS4 Health Specialist Kathy Walsh.

Ava was a foot long and weighed just over a pound when she entered the world.

"She's just been such a fighter ever since she was born," said Bobbie.

Already, the micro-preemie has nearly doubled her weight. But her parents, Bobbie and James from Platteville, know they have an uphill battle.

"We've learned the term baby steps and patience and just going with the flow of things," explained Bobbie.

Because Ava couldn't get to him, Santa Claus stopped in for her first Christmas photo. Bobbie crocheted both a holiday hat and a mini diaper cover. 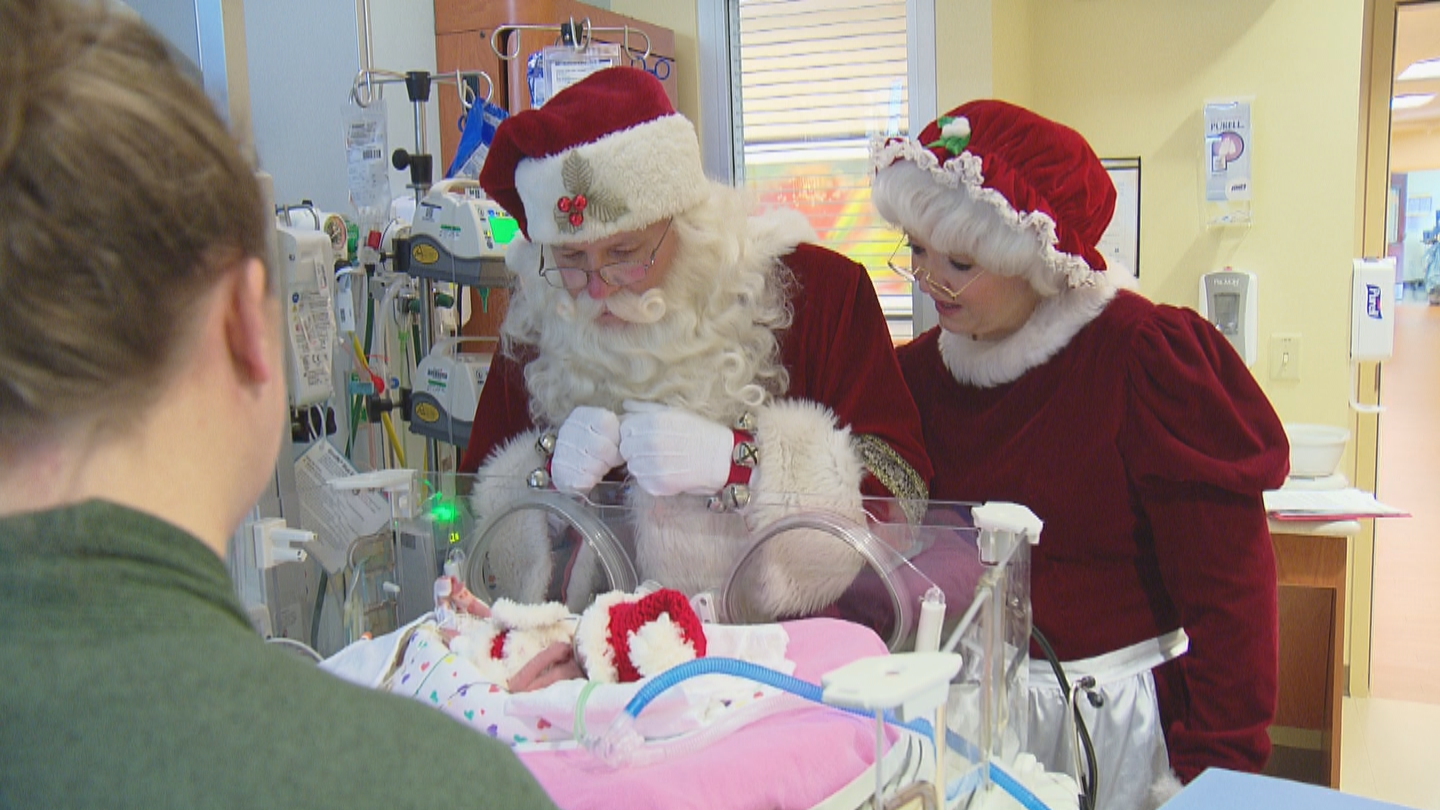 "It was kind of a little hobby that was passed down to me. I don't do it all the time, so don't do a close up on this," she said with a laugh.

Ava was ready for her close up with the Clauses. Both Bobbie and Mrs. Claus cried.

The memory was captured. Bobbie is a believer.

"They probably heard her little wishes that she has and mom and dad's, too," she said.

They are wishes for good health, so little Ava can go home.