DENVER (CBS4) - The town of Alamosa made Colorado weather history on Friday by setting a new record low for July 10. At 4:45 am the low hit 37 degrees. Less than 12 hours later a new daily record high was set at 3:47 pm when the thermometer hit 92 degrees. 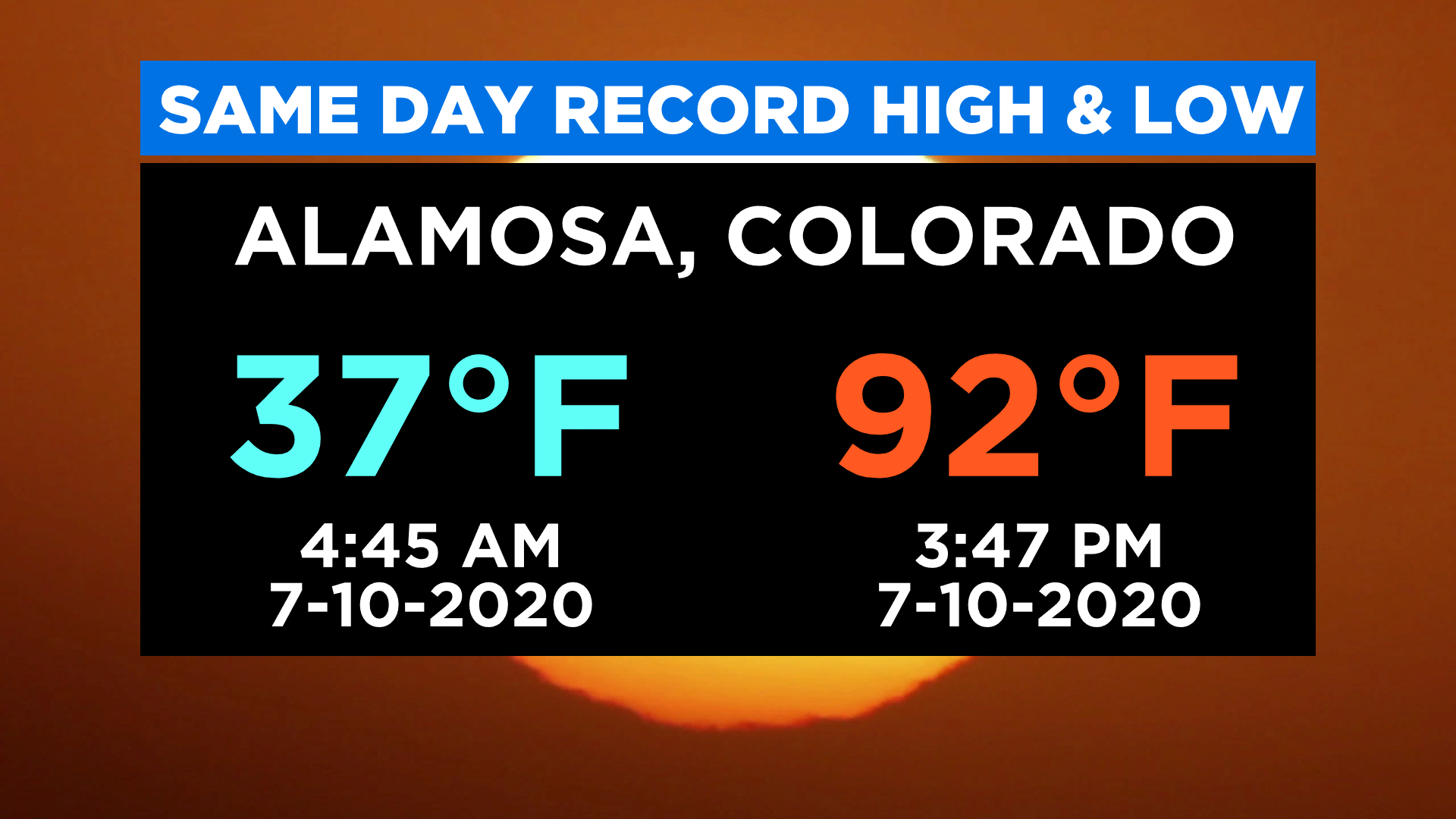 According to the National Weather Service in Pueblo this has happened before at the official weather station for the largest town in the San Luis Valley. In August 2002 Alamosa set a record high and low three days in a row between the 24-26.