ARVADA, Colo. (CBS 4) - An Arvada woman, with a difficult prognosis, is hoping her battle with a brain tumor will inspire others to share their stories.

"I had one brain tumor that was centrally located right here. It stayed that way, we didn't do anything about it. Eventually after 13 years we thought it was nothing," said Stephanie Thayer, an Arvada Resident since 1981. "This last October, I had really bad headaches again. When I saw the differences in the MRI, it's huge. It's grown so much they can't operate on it. They can't do radiation on it."

Thayer believes her tumor is the result of a life spent around Rocky Flats. The former nuclear weapon trigger manufacturing site shut down in 1989. As recently as last summer, plutonium was found along a road way, off of the site that was cleaned up.

"I just want to raise awareness about people that live around it. I'm surprised how many people I talk to don't even know what Rocky Flats is or was around here. The younger people have no idea," said Thayer.

It's something she didn't think much about until recently, when she heard several classmates from Arvada West High School in the mid-1980s also have brain tumors. 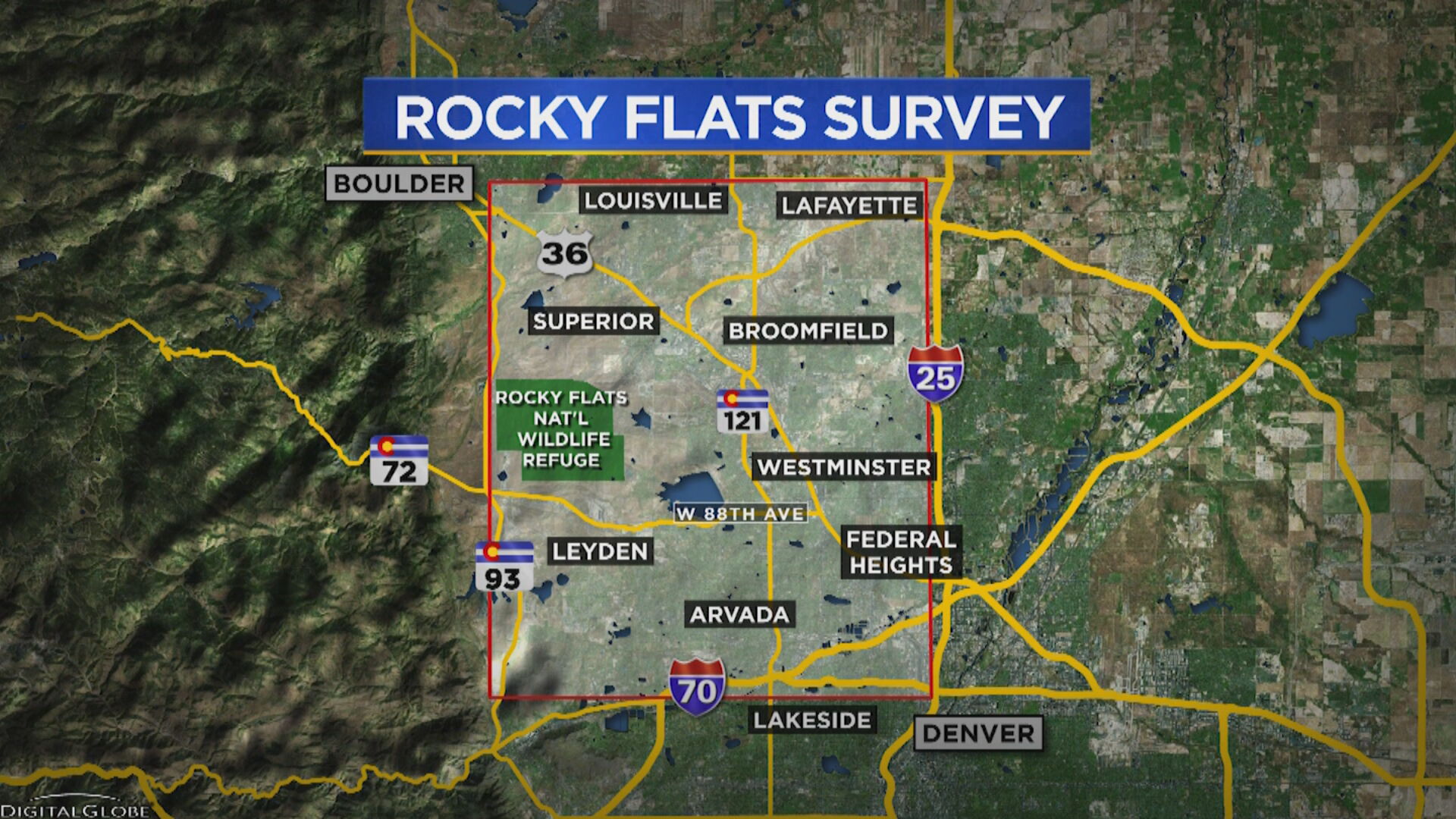 After a recent doctor's appointment, she decided to turn her energy to advocacy. Her internet research led her to the Rocky Flats Downwinders. She became one of the first people to take a new, expanded, community health survey.

"It asked me where I hung out outside, Standley Lake, I played in the water all the time. My kids did too. In the yard, we planted a garden," Thayer said.

The first version of the community health survey found elevated levels of rare cancers from respondents. The Colorado Department of Public Health and Environment said the findings were flawed and no increased cancer risk exists in the northwest metro area.

But the lead researcher retired from Metro State University of Denver, and along with her retirement went much of the data.

"The 5,000 people that submitted their health information stayed with the university. We weren't able to have any other group analyze the information," said Tiffany Hansen, a co-founder of the Rocky Flats Downwinders. "We definitely need those 5,000 people to take it again. And then we need all the additional people that are newer to the area and didn't contribute the first time to submit this time."

Hansen says the community wanted an expanded ability to participate, so the new survey has a wider region, including Broomfield and Superior.

"There's so much more to find out. There was no additional analysis to determine if there were high rates of auto-immune diseases, birth defects, reproductive issues, tumors, anything else," Hansen said. "We're hoping down the line we can have funding, or we can have some scholarly groups come in and analyze the findings."

"What I want to know is it still that high level of exposure? Is it still in the soil? How can we find this out," Thayer said.