DENVER (CBS4) - A suspect is dead and a Denver police officer is injured following a shooting, a carjacking and a short chase in Denver's Highlands neighborhood.

The officer, a woman, was described as being in fair condition following the incident. She was shot in the foot.

The incident took place at approximately 1:30 p.m. Monday afternoon and started off with an emergency report about a burglary near West 37th Avenue and Grove Street.

Police said officers investigating a burglary call made contact with two suspects in the 3400 block of Irving Street.

"One of the two suspects was taken into custody. One of the suspects fled on foot and was chased by officers to the area of Moncrieff and Lowell where shots were exchanged and one of our officers was struck in the foot," Denver police spokesman Doug Schepman said. 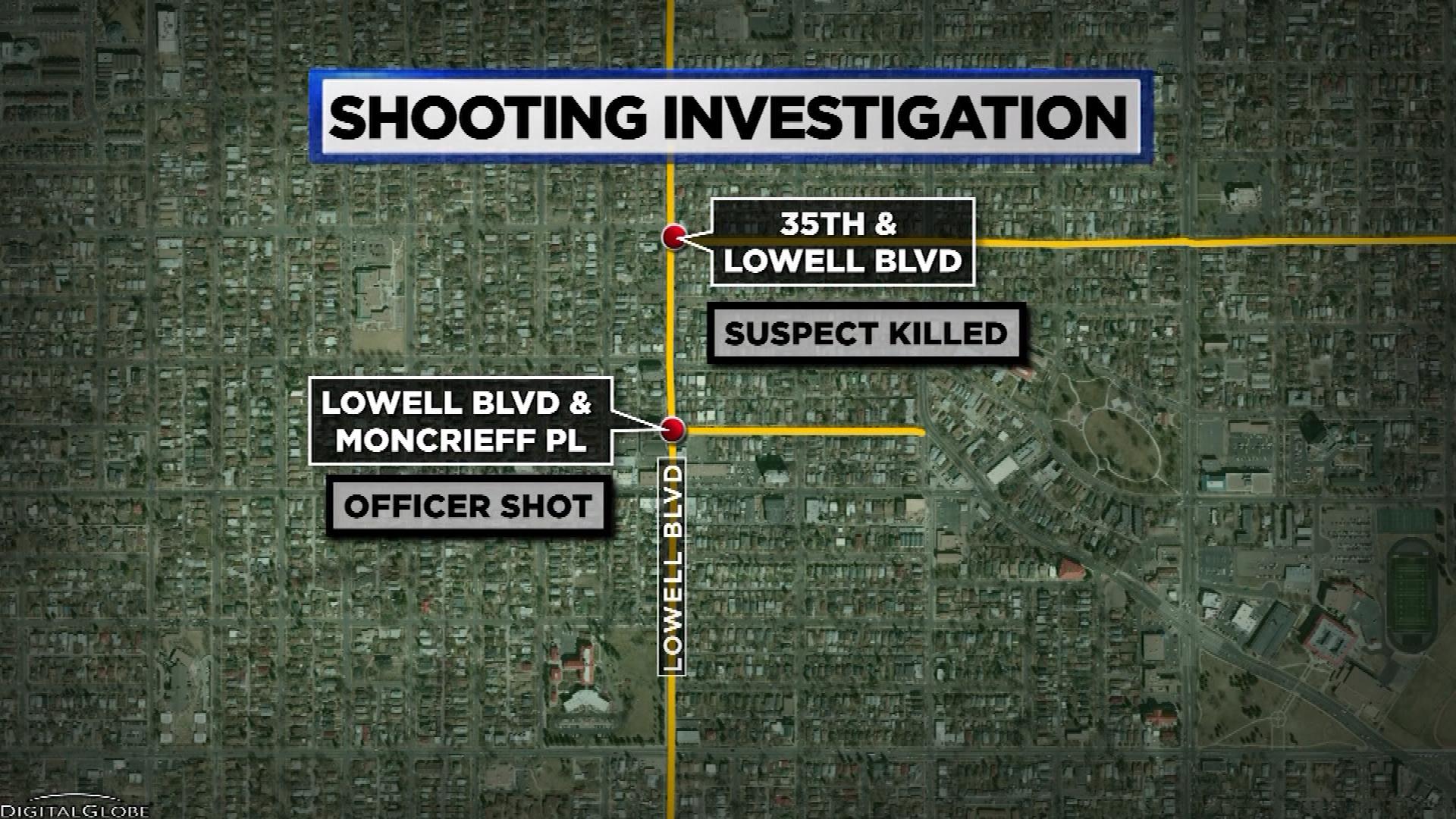 Schepman said the suspect then carjacked a vehicle and police began chasing that car. The chase ended a short time later when the suspect lost control and officers stopped the car at 35th and Lowell Boulevard.

"At that location shots were exchanged between the suspect and two officers. The suspect was hit and pronounced at the scene."

A witness told CBS4 they heard shots and saw cars being rammed during the police activity.

It just sounded like banging and I was just like, 'Oh my God he's shooting, he's shooting,'" witness Ashley Ziegler said. "The guy was shooting like reckless; I was more afraid of getting shot by a stray bullet."

Several roads in the area were closed for the police investigation.

The name of the officer who was hurt has not been released, but Police Chief Robert White said she has been a Denver police officer for several years.

The suspect who was killed has not been identified.

The victim of the carjacking was unhurt in the incident.