DENVER (AP) — A day after fire erupted in a recycling yard, sending plumes of thick, black smoke over the Denver metro area, the fire has been extinguished.

The smoke billowing over the city was noticed by thousands on Tuesday afternoon, including those at Corvette Connection, just down the street from the recycling plant run by EVRAZ North America at 56th and York. 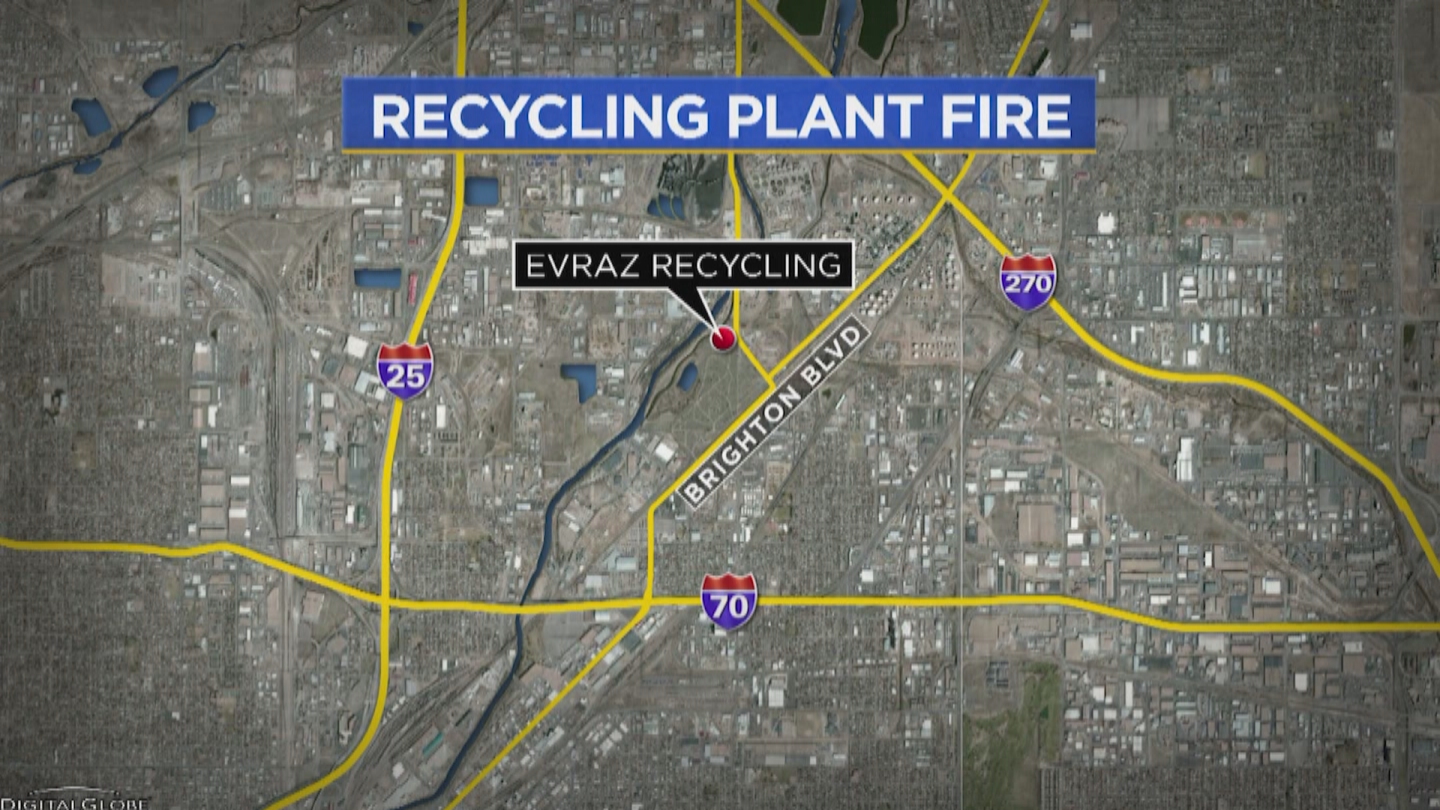 Jim Ahern works there, "We all came out here at Corvette Connection, they said, 'Come out and look at this fire,'" he told CBS4's Rick Sallinger.

Inside the recycling facility, more than 100 firefighters from 15 departments battled the blaze. Even with the winds blowing the smoke, the fire remained within the perimeter of the yard filled with crushed cars.

That was fortunate for the classic car shop filled with valuable vehicles.

By the second day, what had been burning became clear: mainly cars that had seen better
days and were now simply scrap.

The EPA is monitoring air quality.

Dr. Larry Wolk, chief medical officer and executive director, at the Colorado Department of Public Health and Environment, released this statement: "The plume and fumes from a fire like this would be harmful if directly breathed. If fires with noxious and potentially toxic fumes burned longer term, there would be more concern, similar to longer term emissions like we experience on high ozone days. We have stationary monitors in the area to alert us to longer term issues which would necessitate health warnings but as expected, nothing was triggered given the relatively short duration of this particular fire. Therefore, it's possible that folks in direct proximity to the smoke plume may have experienced short term respiratory irritation but there is little concern for long term health effects based on the information that we have right now."

Adams County Fire Department spokesperson Carlos Briano suggested caution, "We recommended that people avoid the area so they are not exposed to smoke any type of smoke has toxic."

The Corvettes survived the fire despite a small hit on area businesses as Ahern noted, "End of the day wasn't too bad lot of people from Waste Management couldn't get in."

EVRAZ operates metal recycling facilities in the US and Canada as well as the steel plant in Pueblo.

What caused the fire is being investigated.