DENVER (CBS4) - An unusually cold arctic air mass threatens to set at least three new record low temperatures in Denver over the next few days. Two of those records are nearly 100 years old. 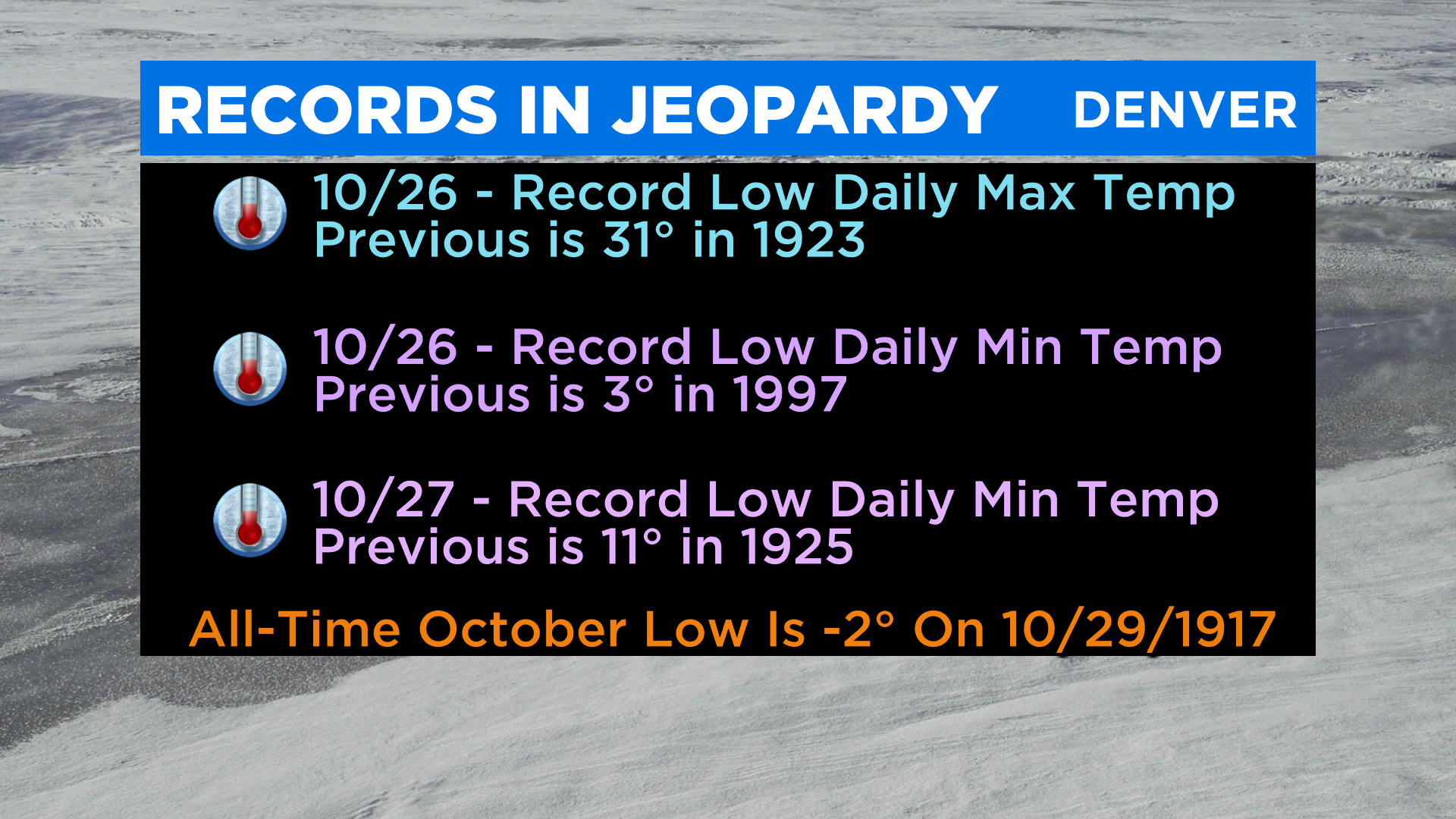 There is a high chance we will break Tuesday's record cold daily minimum temperature, which is 11 degrees from 1925. And while it's a stretch, we should mention that October's all-time record low in Denver is -2 degrees, set on Oct. 29, 1917.

Should we break that, we would have a new all-time early coldest temperature recorded less than two months after setting the all-time latest record high. That was 101 degrees on Sept. 5, 2020.