DENVER (CBS4) - The city of Denver became the latest city in the country to hold protests to open the economy as health experts continue the fight against coronavirus. Two protests occured at the state capitol Sunday afternoon.

Organizers want the state government to lift a statewide stay-at-home order which is set to expire April 26. An order for Denver is in place until the end of April.

"People should be able to make up their own mind. If you don't want to go out, if you're still worried, stay at home. I think you should have the option," said Scott Johnson, a protester from southeast Denver. "A lot of these small business owners are getting crushed. They should have the option of being open if the public can make their own decision."

"The needs of those at risk are being weighed so much more heavily than those people that are out here losing their income, losing their jobs," said Alan Weldon, a small business owner from Castle Pines.

One protest, Operation Gridlock, called for drivers to pack roads around the state capitol to draw awareness to what organizers call a violation of constitutional rights. A separate protest, scheduled immediately afterward, called for people to bring signs to the Capitol and stand 6 feet apart, though that did not happen in many cases.

Throughout the protests, drivers crept down Lincoln, blaring their horns and creating heavy traffic. On the Capitol steps and lawn, other protesters, many of whom were not wearing masks, waved signs about individual liberty and re-electing the president, as well as some expressing doubt of experts and models.

Frustration at times boiled over. CBS4 observed one man try to kick a cyclist's bicycle, as well as several minor verbal altercations.

According to Colorado State Patrol, troopers detained three people, but no arrests were made. Denver Police officers, who could be seen wearing masks, did not make any arrests either, a department spokesperson said.

Throughout the protest, attendees voiced frustration, fear, and concern regarding the economic effects of the state's stay at home order. At the beginning of April, more than 100,000 Coloradans filed for unemployment. Others, are still working in a different capacity and struggling.

"My brother owns a small business and I live with him and he's ready to shut the doors and he has no money coming in," said protester Cari Waldrop. "What are we to do?"

Still, state officials have credited the drastic measures for Colorado's delayed peak in cases - warning opening too soon would be a mistake.

During the protest, some health care workers, donned in medical scrubs, tried to put faces to that belief by standing in the crosswalk of a nearby side street during red lights.

Stephen Parlato was one of the few counter protesters in the crowd. While he applauded attendees for using their right to protest, he told CBS4 he fears the country won't handle this situation properly.

"I am just totally convinced that without further testing on a wider scale, that opening up too soon courts danger. It's playing Russian roulette with our lives," he said.

Gov. Jared Polis' office responded to the protest to re-open the economy:

Coloradans have a first amendment right to protest and to free speech, and the governor hopes that they are using social distancing and staying safe. No one wants to reopen Colorado businesses and lift these restrictions more than the Governor, but in order to do that, Coloradans have to stay home as much as possible during this critical period, wear masks and wash their hands regularly to slow the spread of this deadly virus.

The Denver Joint Information Center responded to the protest:

We are aware of Operation Gridlock. We understand people are frustrated with our current situation, but the Stay at Home Order protects the health, safety and welfare of our entire community.  Operation Gridlock would be a wholly irresponsible and reckless way to express those frustrations.  We must remind everyone that it is illegal to willfully block a public right-of-way. The City must protect the public during the COVID-19 pandemic, which we know the vast majority of our community understands.  Enforcement is a last resort.

RELATED: Latest Updates On The Coronavirus Outbreak In Colorado

A second protest, Open Colorado, was planned for 2 p.m. It was hosted by the Libertarian Party of Colorado and others. Organizers are pushing for a similar goal: to open everything up again.

New data released by the Colorado Department of Public Health and Environment show 9,730 positive cases and 422 deaths. There are currently 874 Coloradans hospitalized, and 215 patients have been discharged or transferred within the past 24 hours.

About The Colorado Stay-At-Home Order

Colorado's stay-at-home order amid the coronavirus outbreak went into effect on the morning of March 26 and it is currently set to expire on April 26. 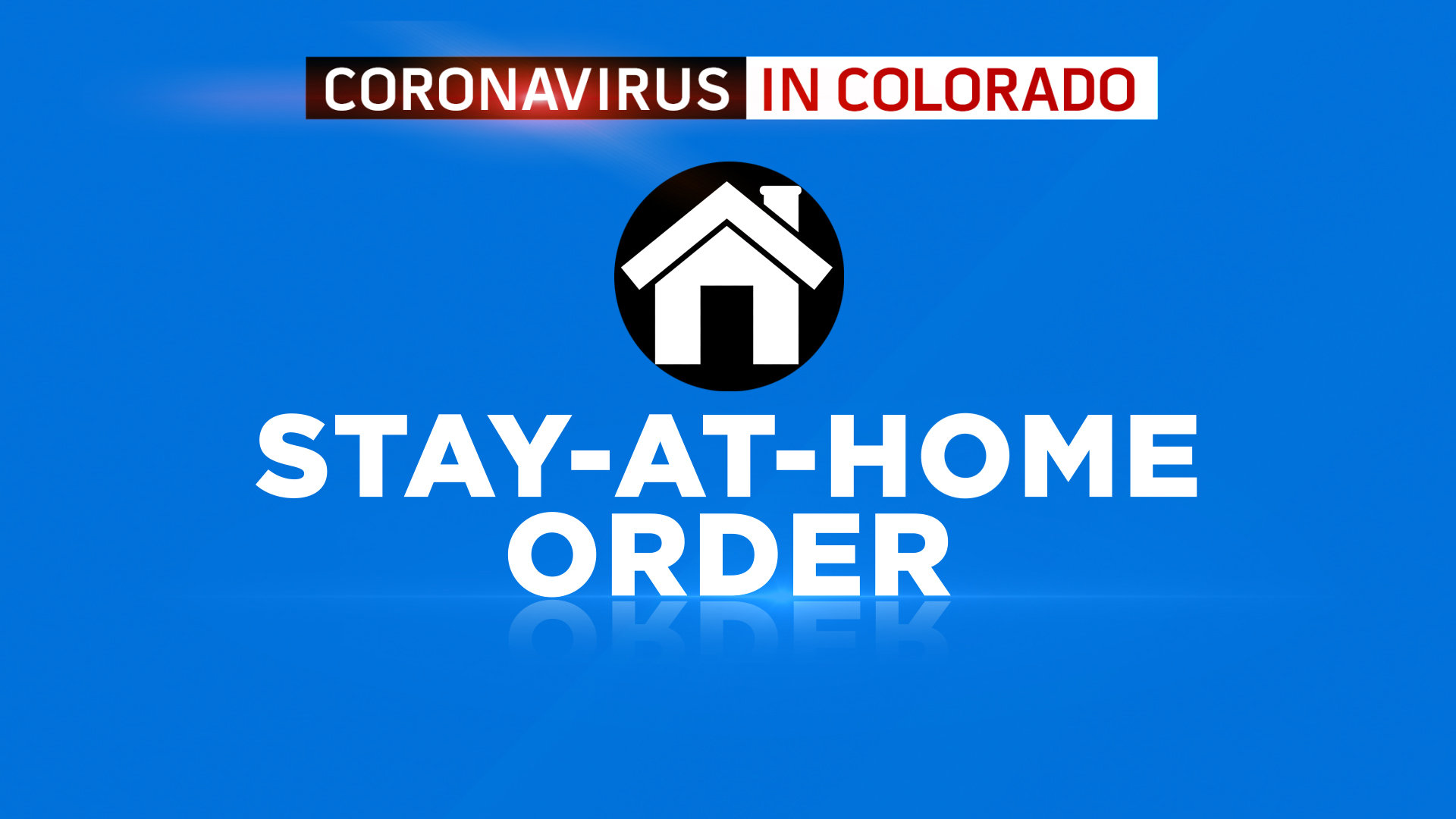