DENVER (CBS4) - If you ask three people what a 50 percent chance of rain means you'll potentially get three different answers. The chance for rain (or snow) is probably the most misunderstood part of the weather forecast. In meteorology we refer to the chance for rain or snow as POPS, or probability of precipitation.

Let's say tonight's forecast calls for a 50 percent chance of rain. IT DOES NOT MEAN... 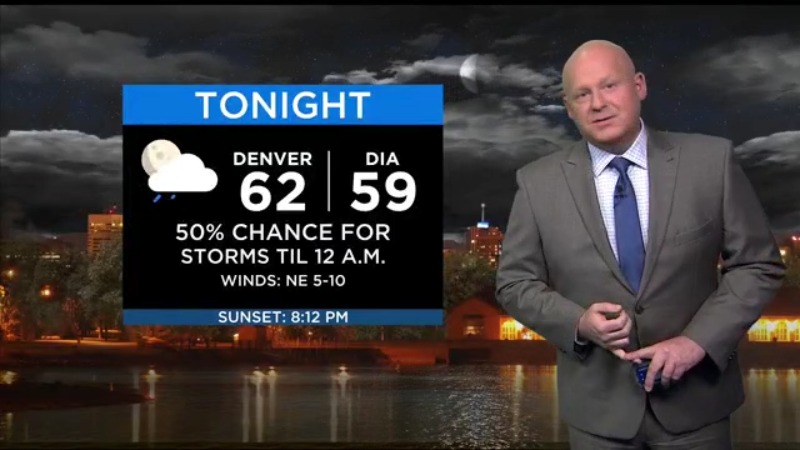 FORECAST AREA - you may sometimes hear this called a forecast zone, and it's often a county or a metro area, but it can be larger if the entire region has a similar climate. The forecast area can also be much smaller than a county. We see this a lot in states like Colorado due to the terrain. One county can have multiple forecast zones that are defined by elevation or the terrain.

When it comes to television, the meteorologist is sometimes referring to his or her viewing area as the forecast zone. But this isn't true in a state like Colorado. For a meteorologist at a television station in Denver the POPS can sometimes vary widely, even within the metro area, due to local microclimates caused by the terrain.

FORECAST PERIOD - this is usually something like today or tonight, but it can be more specific, such as this afternoon.

Unfortunately, POPS is a very subjective topic. Let's say your county is the forecast zone and it has a 50 percent chance for rain today. If it rains in just one spot sometime during the afternoon then the forecast verified, regardless of where the rain fell within the county.

The above scenario happens a lot. It might rain in a rural or unpopulated part of the county, missing the bulk of the population. Because the main population center missed out, most will think "they were wrong again," referring to the local meteorologists, despite the forecast really verifying, because it did indeed rain within the forecast area during the forecast period.