DENVER (CBS4) - A micro-apartment complex is planned for metro Denver, this time in a historic neighborhood.

A developer wants to turn two empty lots in the Curtis Park neighborhood into 56 micro-apartments of about 320 square feet each. The units are planned for the empty lots in the area of 32nd Avenue and Stout Street, which is currently an abandoned tire lot.

The units would carry a rent of approximately $900 and a potential answer to Denver's sky-high rent problems, but neighbors say there is a catch -- no parking.

"Obviously one of our biggest concerns was that he wasn't providing any parking," Curtis Park homeowner John Etherton said.

Etherton and his family have lived in the historic neighborhood for about five years where parking is already an issue.

"All of the city planning that went into building this neighborhood occurred before the automobile was invented," Etherton added. 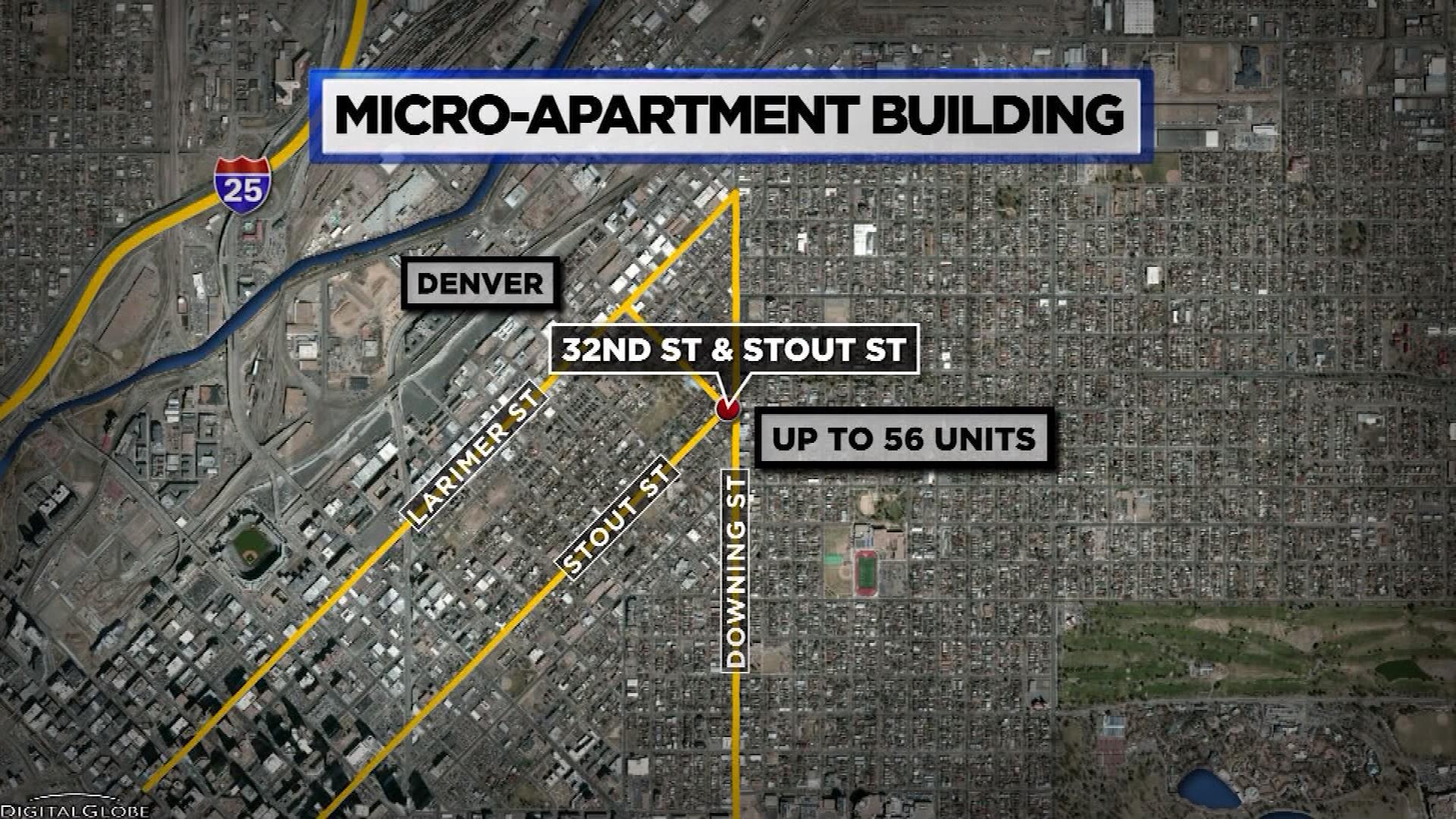 The developer, Downing Street Apartments, does not have to provide parking because the lot in question is less than 6250 square feet and has mixed commercial zoning. The City of Denver's Community Planning and Development said the exception there is to encourage small lot reinvestment.

But neighbors believe the loophole is being exploited.

"We would challenge that putting such a high density unit with no regard for parking in a residential neighborhood would be a deterrent to the neighborhood," Etherton said.

He and the Curtis Park Neighborhood Association have been lobbying city council and trying to work the developer to amend the apartment complex plans and even the city zoning code.

Downing Street Apartments said Tuesday that they are marketing to minimalistic, car-free millennials.

The entire project is still up for review for city approval. Families in the Curtis Park neighborhood stress that they are not against high density living, they just hope it's done responsibly.

"Ideally we would like the developer to reconsider either the no parking or the number of units," Etherton added, "We should do our best to develop responsibly, not just go for the quick fix."

The micro-unit apartment complex concept was something we felt was needed in the Downtown Denver Area. We were keenly aware of the expansion of the downtown area and how much it has to offer to the downtown residents and those of the City of Denver. However, in our view, what was missing was a housing component that was designed with the mindset of keeping it affordable and minimalistic.

There are Denver residents who do not desire and do not want to pay for some of the amenities that are associated with higher-end apartment complexes such as swimming pools, work-out facilities, large living space, and parking. Those residents would prefer to walk, take public transportation, or bike to work. Those residents, like numerous other Denver residents, typically like to spend time outdoors. Also, a number of those types of residents do not want to own a car.

When looking around the downtown Denver corridor, we felt the Curtis Park area offered a great location for such individuals. The micro-unit apartment complex is approximately one block from the light rail system stop and only a couple blocks from Curtis Park. The micro-unit complex design incorporates amenities such a bike parking, laundry facilities, Internet service, and other items which are essential to living.

Our hope is to give the residents of Denver an affordable option for a car-free living in the downtown area. We see this is the future of Denver.