Those protesting raised concerns over the well's proximity to a local school, which they described as the "most fracked school in the nation." 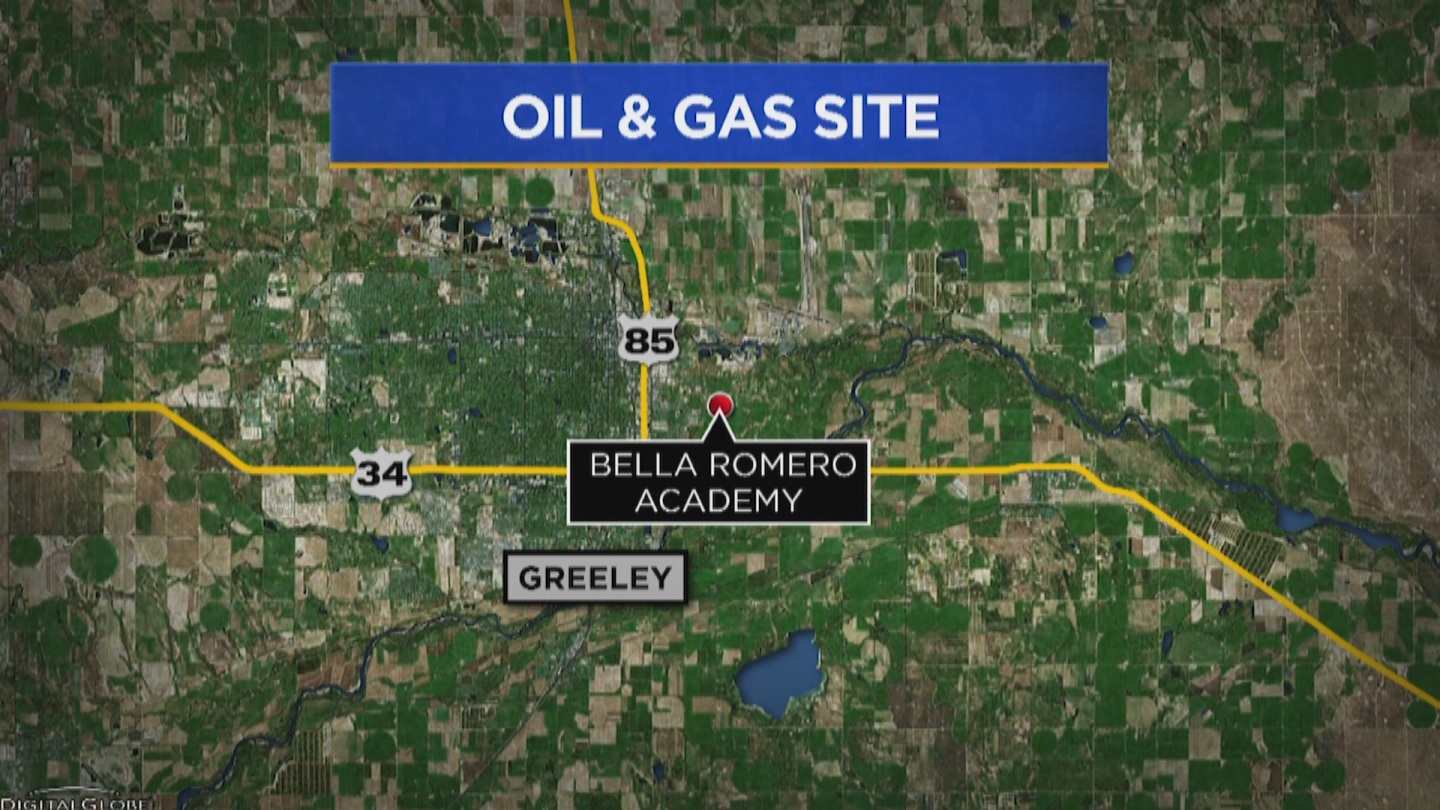 While the well is located at a legal location, those opposed said drilling still should be reconsidered.

"As an educator, I have a duty to protect the students of my classroom, and that extends beyond my classroom," said Therese Gilbert, a protester and teacher. "It is way too close to the school."

After a fatal well-related explosion in Firestone, and a separate well explosion in Windsor in 2017, those protesting said they were concerned about the worst case scenario connected with oil and gas wells.

"As a mother, I don't feel comfortable with this massive site 600 feet from where the kids play," said Patricia Nelson, the parent of a student. "They are putting my child, and all the other students, at risk here. I don't think it is fair to put a child at risk, when they have no choice, but to be at school."

Those protesting also raised concerns of the emissions left by oil and gas wells, and the possible toxins the children would be near.

According to a Greeley-Evans School District spokesperson, the school board passed a resolution in January, which also made a public stand against the location of the well. The board voiced concerns of the well's proximity to school property, and encouraged the ownership to relocate their well.

A bill was introduced, recently, at the Colorado State Capitol. It required oil and gas well locations to be at least 1,000 feet away from school properties, and not just the building itself. That bill failed, leaving the protested location in Greeley within its legal right.

"Just because it is legal, doesn't mean it is right," Gilbert said.

"Our operations at the Vetting location establish a new gold standard for respectful, community-minded and community-guided oil and gas development. The Vetting site is located more than a quarter mile away from the nearest school. Even so, we plan to utilize many of the innovative technologies that Extraction Oil & Gas has introduced to Colorado that ensure the minimization or elimination of impacts from construction and development, as well as optimizing safety, in addition to creating an operational timeline that restricts 80 percent of our drilling and completions activities to summer months and other times when school is not in session.

"Some of those mitigation measures include the use of a noise-minimizing electric drilling rig that utilizes line power, and which also eliminates source emissions, as well as engineered sound walls, quiet completions technology, and oil and gas pipelines that significantly reduce truck traffic, among other industry-leading mitigation measures."