A New Spin Bike Recyclery began to take shape last January and has blossomed into not only a cutting edge, low-cost bike shop but a way to teach life skills to low-income kids and people with disabilities. 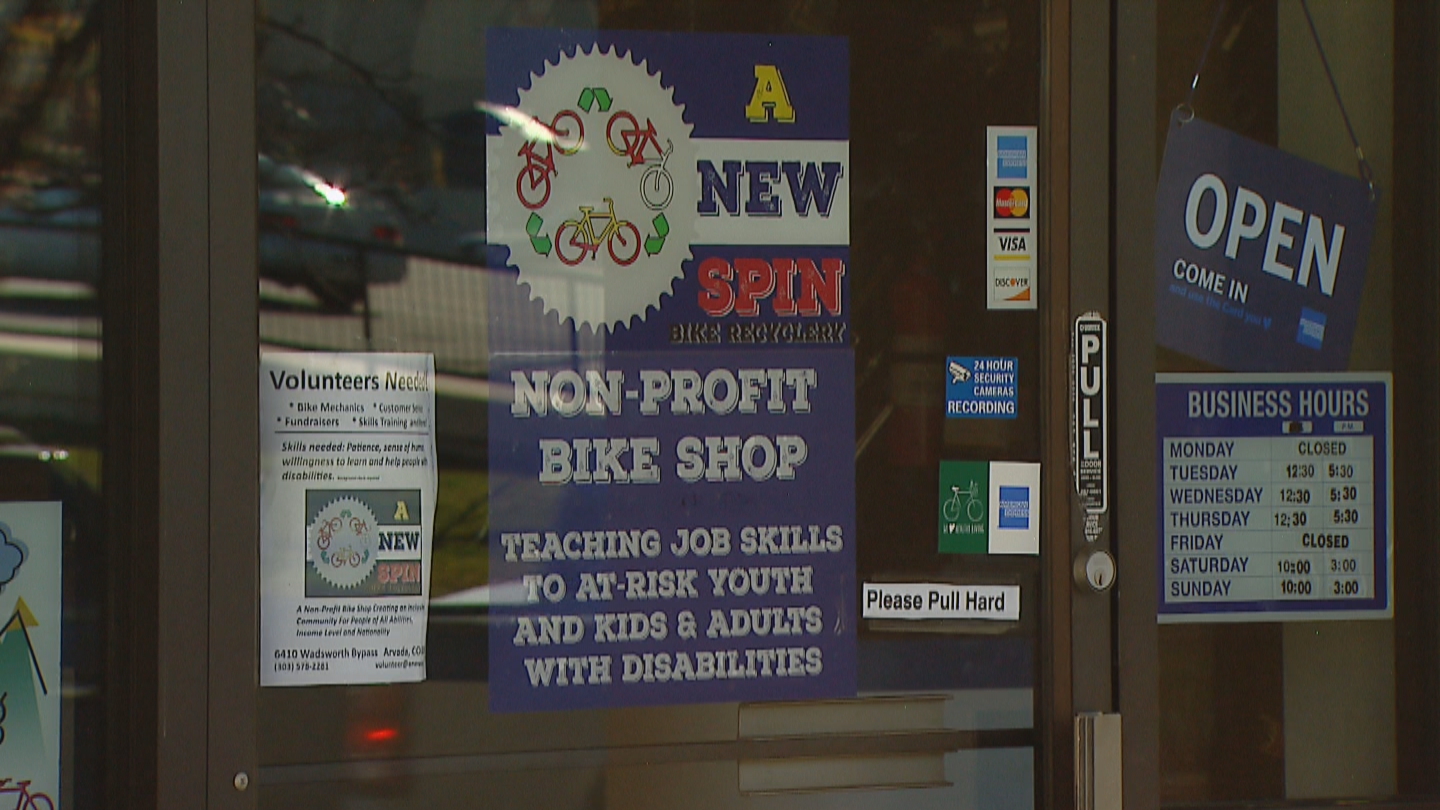 Owner Bob Matter serves who he calls "the invisible population:" anyone who feels they are undervalued or overlooked.

"I have a sign that says 'Bike Shop' in 20 languages with the feeling with that if people past and see something in their own language they're going to feel like they're welcome to come in and be part of it. That's the plan as we grow is to welcome everybody regardless of who they are or where they're from," says Matter.

Matter started out doing bike programs for people with disabilities but he wanted to do more.

Matter knew from personal experience, this "invisible population" deserved the chance to excel just like everyone else. His son, David, 27, is on the Autism spectrum. While he is non-verbal, he is smart. Unfortunately, Matter says others can't see past his disability.

"He may have a little emotional outburst because he can't talk, understandably, but people have a tendency to look at him like he is a freak of nature, to be nice." Matter continued, "Instead of focusing on what he can't do let's focus on what he can do... computers."

David tries to help his father with the mechanical side in the bike shop but he is gifted when it comes to computers. That's where is father believes his career is heading.

"He's not a wrench-turner, he'll never turn a wrench in this place," said Matter. "He will, however, do internet sales, point-of-sales systems, all of those things that require computer interaction but also, even though he can't talk, he's going to have to do costumer service."

That's Matter's goal, not just with David but with everyone who walks through his door and wants to learn. Whether it be how to ride a bike or learn a new skill.

"I can't believe that just because he can't express it, that he doesn't have aspirations like I do. So my goal is to help him and as long as I'm helping him, let's just open it to everybody and make it happen."

Matter has a number of volunteers pushing boundaries. Every day they are learning to become a little more independent.

"It's important. Especially for people like us," said Kenny, a volunteer with cerebral palsy. "I am getting to the point to where I know how to do it [fix his bike] on a regular basis if I need to."

Matter not only helps volunteers learn, he also serves low-income families and kids who may need a cheap or even free set of wheels.

In the near future, Matter would like to teach mechanic classes in his shop as well as host other community events.

With the bike donations flowing in, space has become an issue. As popular as the shop is, right now it relies on individual donations to stay afloat. Matter says it's not about the money, he would like to see help with things like a storage container so he can open his shop up for classes and continue the mission of his store.

"I was a corporate guy for 20 years. I would never see anybody like my son David in the population, at the companies I worked at. Why not? They're capable, they should have that opportunity," said Matter.

You can help by donating or purchasing your next bike from the Arvada shop. Visit the website, Facebook page, or stop by in person: A New Spin Bike Recyclery located at 6410 Wadsworth Bypass in Arvada.