DENVER (CBS4) - Neighbors from Washington Park rallied on Saturday looking for the answer to a very simple question; where are the geese? Like many of her neighbors Carole Woodall woke up one morning and realized the geese that lived at Denver's Washington Park had seemingly disappeared overnight.

She says the community was familiar with the animals.

"(They were) Geese that we have been watching from birth," Carole said.

Then she learned the geese had been culled, meaning they were rounded up and euthanized. The meat was donated to families in need.

"I was flummoxed. I was confused. I was shocked. I was angered. I was saddened."

The culling program is a partnership between the city of Denver Parks and Recreation Department and the USDA. They reached an agreement to cull the geese from city parks because they say overpopulation had become an aesthetic and environmental menace.

In June, Parks and Recreation Deputy Executive Director Scott Gilmore told CBS4, "Geese poop in or parks is one of the biggest complaints we have. It makes our algae bloom a lot worse. It actually aggravates e-coli and avian botulism in the water."

Carole and her neighbors say there has to be another more humane solution, and the fact that the city removed the geese without notifying them makes them upset.

"There is a sense of betrayal," she said.

They want to have a say in what happens to the geese in their city parks.

"There's other kinds of proactive ways that the public can become involved but we need to be asked."

Of course not everyone who lives in the neighborhood agrees. Walt Heidenfelder lives close to the park and says he's glad the city is taking the necessary steps to keep the park sanitary.

"My wife and I love walking here but not walking in a pig sty!" he said. 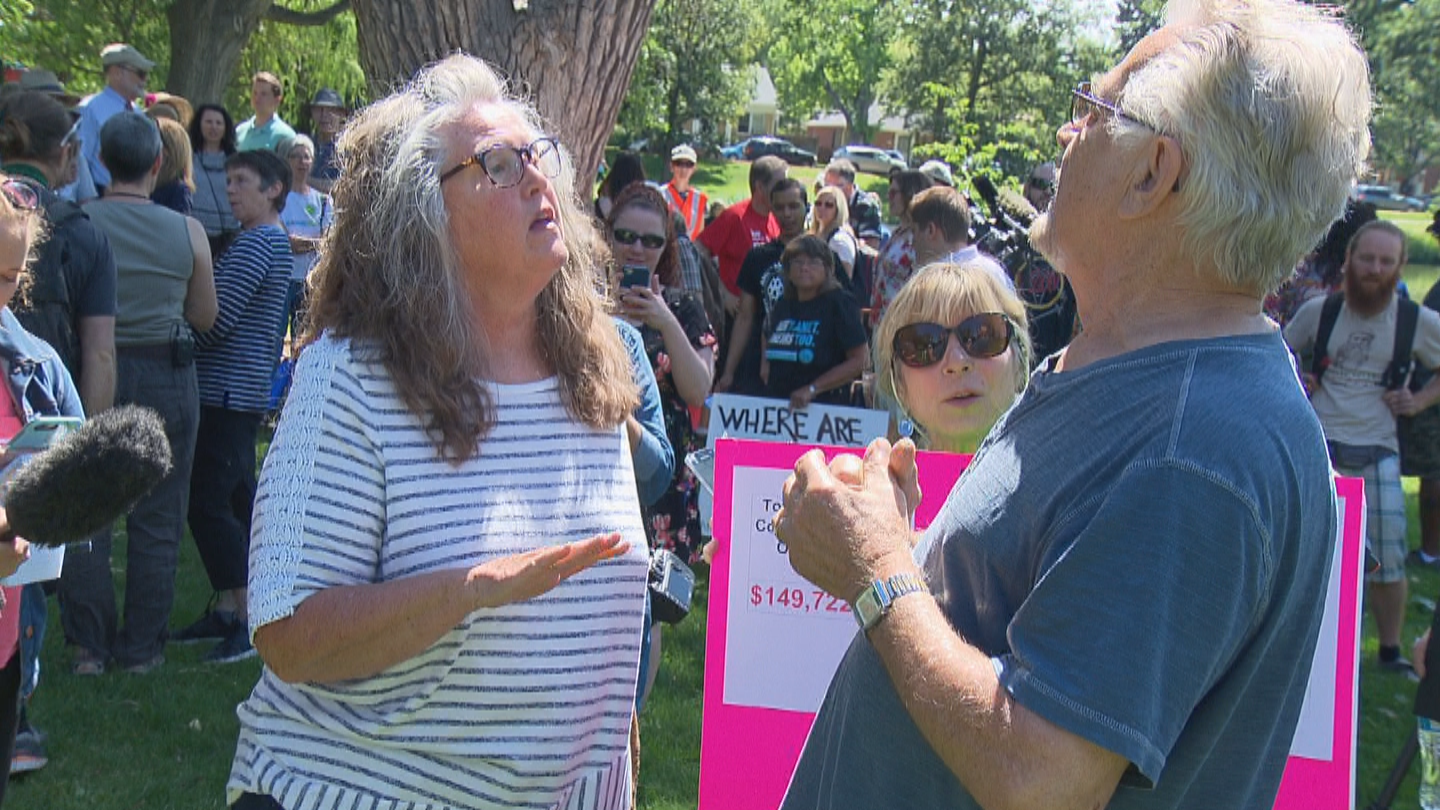 Walt debated with his neighbors over the contentious issue for a few minutes, and at the end of the day this is what Carole wants the city to provide. A forum for their opinions to be shared with city officials who have information. Instead of neighbors arguing about it in the park.

"We want to have a space where individuals of varying sides is allowed to have a discussion," she said.