In was an effort to celebrate the life of the civil rights icon and draw from his message still relevant in advancing the causes they are fighting for in 2018.

"We need to ultimately focus as a nation on what MLK's dream was," said David Boyd, the president of the Denver Alumni of Kappa Alpha Psi, a Black Greek-Letter Organization.  "We are here as a celebration of unity."

Boyd was marching with members of his fraternity along with many other groups in the Marade.

The issues represented ranged from the Israeli-Palestinian conflict by Jewish Voice for Peace and COLOR Latina, an organization advocating for reproductive rights for Latinas.

"[We] celebrate Martin Luther King, who really was central to uniting the country when it comes to social justice issues," said Jolene Cardenis, a member of COLOR Latina. "We want to continue to honor his work."

The event began in City Park by the monument build to honor King.

Speakers addressed the crowd before they began to make their way along Colfax Avenue. The Marade has been a tradition in Denver for more than 30 years, but 2018 was still a first for some marching this day.

"I really feel like everyone is getting off the couch and doing their share," said Michael Lujan. 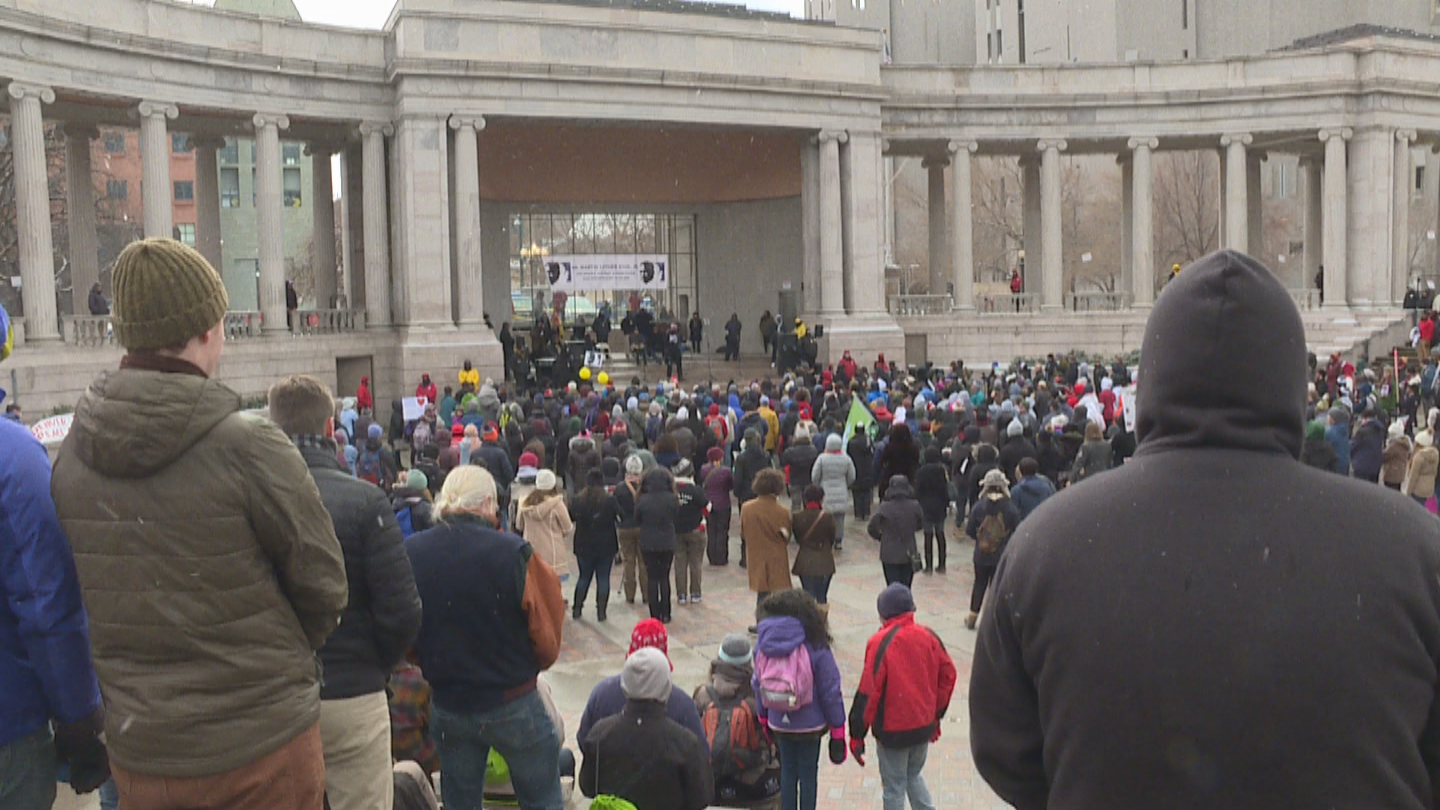 The theme for the year encouraged everyone to treat this as a "day on" rather than a "day off" in order to live up to the mission of service for the national holiday.

"Denver is a very inclusive town," said Dan Watkins, another first-time Marade participant. "People, despite the weather, despite the obstacles, will be out here to show their support."

The Marade ended inside Civic Center Park where more speakers spoke about King's message and how it's significant not only to the country's history, but also its future.

"Every generation has to be ready and willing to fight your own battle," said Bishop Acen Phillips to the crowd.

Participants and speakers all touched on the current political climate and the division in the country. But, they acknowledged this is not a new challenge for America and King's teachings will be needed for generations to come.

"We can realize this dream," said Dr. Ryan Ross before hundreds in the park. "The question is do we have the courage and the conviction, and are we willing to make that sacrifice."

RELATED: Changes In Store For Monday's MLK Marade After Some Sponsors Drop Out