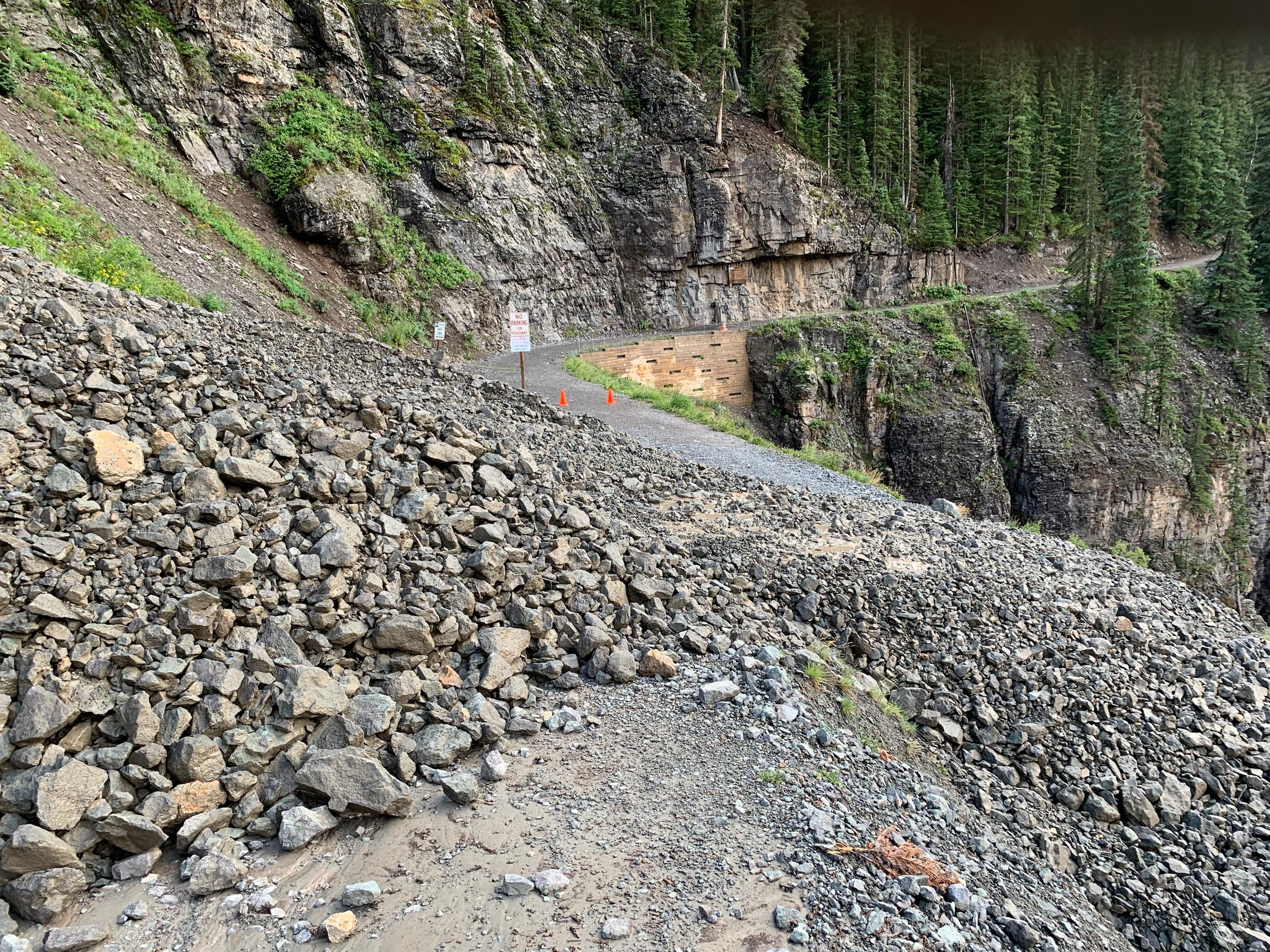 Heavy rain from monsoon storms caused several mudslides in southwest Colorado on Saturday, one of which stranded more than a dozen people. The slide was near the Ingram Falls area of Black Bear Pass, which is near Telluride.

Eight vehicles and 15 people were left stranded as a result, but four of the cars were able to turn around near "the stairs" and drive back down. The other four vehicles will remain on Bridal Veil Road until it is safe to retrieve them.

The rescue involved deputies from the San Miguel Sheriff's office, local search and rescue teams as well as seven aircraft. The stranded people were guided down to awaiting UTV's and patrol cars. There were no reports of injuries.

Black Bear Pass and Bridal Veil Road will remain closed until at least Tuesday but that depends on how fast county crews can clear the road. With more rain in the forecast there could be additional rock and mudslides over the next few days.

Watch First Alert Meteorologist Chris Spears's weather forecasts on CBS News Colorado -- on TV and on our free streaming service. Read his latest reports or check out his bio and send him an email.