EVERGREEN, Colo. (CBS4) - In the past week, three dogs have been attacked in two different incidents.

The Jefferson County Sheriff's Office are asking "residents to be more vigilant" as a result.

"On one side there were two cat prints, on the other side two dog prints like they squared off," said Dorchinsky. "He had some bites under his throat and chin, his jaw, some scratches on his face. He didn't require any stitches so it was pretty miraculous."

One dog was killed, one injured, and a second put on a 45-day observation with a rabies booster. 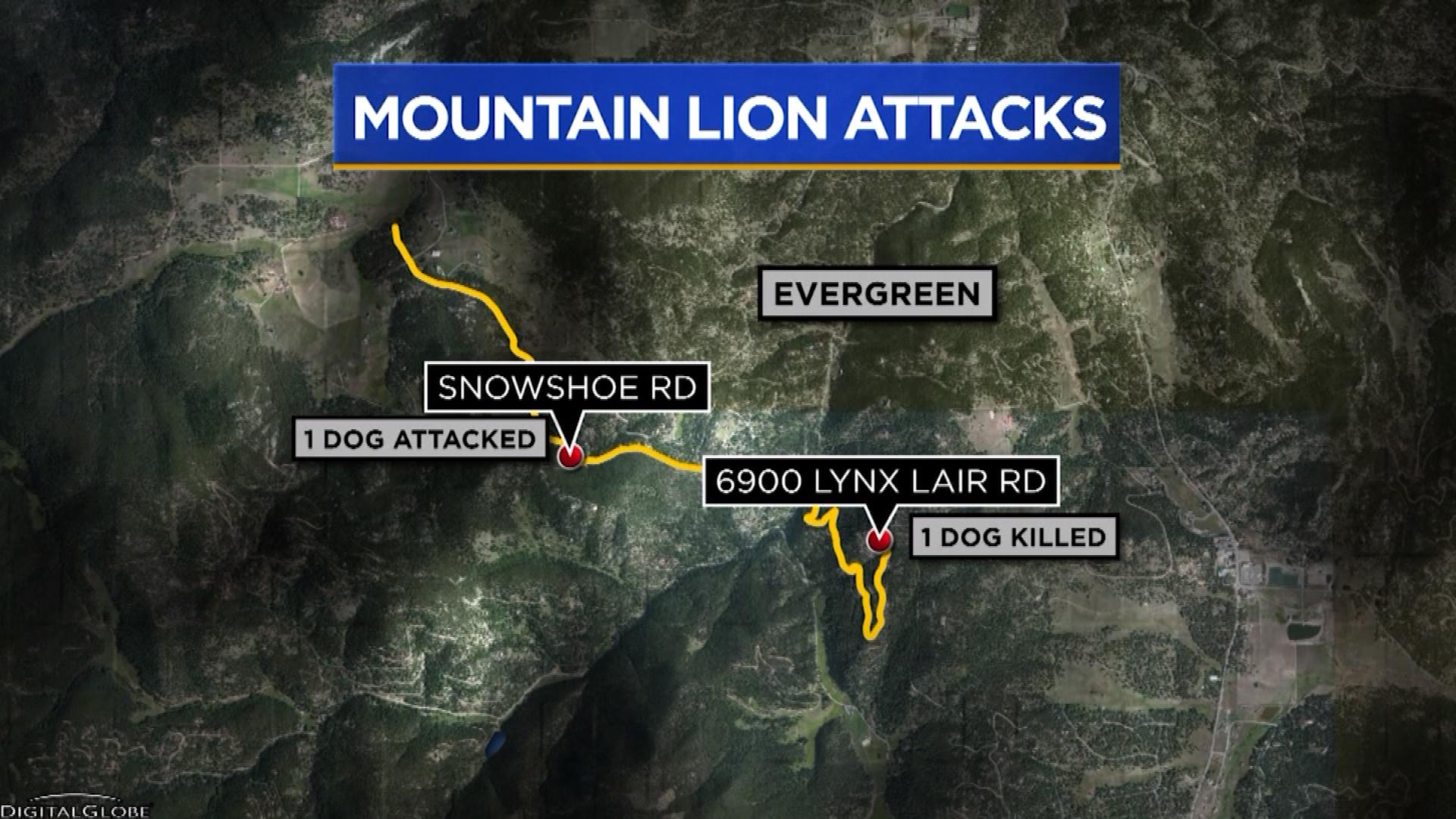 Dorchinsky believes Troy stepped in to try to save another neighborhood dog under attack.

"In ran towards the driveway and by the time I came out here they were covered in blood," said Dorchinsky.

"Though mountain lions are a common sight in many parts of Jeffco, we share this information to advise newcomers and remind folks not to leave their dogs and children unattended, especially at certain times of the day," Jeffco Sheriff's Office stated in the post.

Colorado Parks and Wildlife spokeswoman Jennifer Churchill said these types of attacks are not uncommon especially in wildlife-prone areas.

"Unfortunately they're either going to take issue with another animal being in their territory or take the other animal as food," said Churchill. "If you let your dog out to do his business from dusk to dawn, we recommend flipping on the lights, making some noises, clap your hands and check your yard before your animal goes out."

As listed in the post, here are some more important safety tips:

1. Make lots of noise when coming and going during dusk and dawn (when mountain lions are most active).

2. Install outside lighting where you walk so you can see a mountain lion if one is present.

3. Closely supervise children whenever they are outdoors.

4. Remove vegetation to eliminate hiding places for lions, which makes it difficult for them to approach unseen.

5. Keep your pets under control as roaming pets are easy prey and can attract lions. Bring pets in at night or if they are outside keep them in a pen or a kennel with a secure top. Do not feed pets outside to avoid attracting raccoons or other animals that are eaten by lions.

7. Place livestock in enclosed shed or barns at night. Close all doors to all outbuildings since inquisitive lions may go inside for a look.