EAGLE COUNTY, Colo. (CBS4) - A mountain lion was spotted right outside a house in EagleVail, just days after officials warned people in the high country about an increase in the number of sightings.

Bob Shearon captured a photo of the big cat walking through the snow just outside his window.

Madeleine Berenson posted Shearon's photo on a community page to warn their neighbors, particularly those with children and dogs. This was the third day in a row the cat had occupied back yards in the area.

Video shared by the Eagle County Sheriff's Office shows a large cat digging in a yard Tuesday night. The video was taken by a concerned resident.

The sheriff's office said they have received a lot of calls in recent days about mountain lions in the area between Eagle-Vail and Edwards.

Colorado Parks and Wildlife spokesman Mike Porras says more big cats may be following deer into lower elevations since there has been some heavy snow in the high country, which pushes the deer to lower elevations.

CPW reminds residents who live in mountain lion country to be vigilant and keep your pets on a leash and inside.

They say a lion and a cub have also been spotted in recent days in the same area. 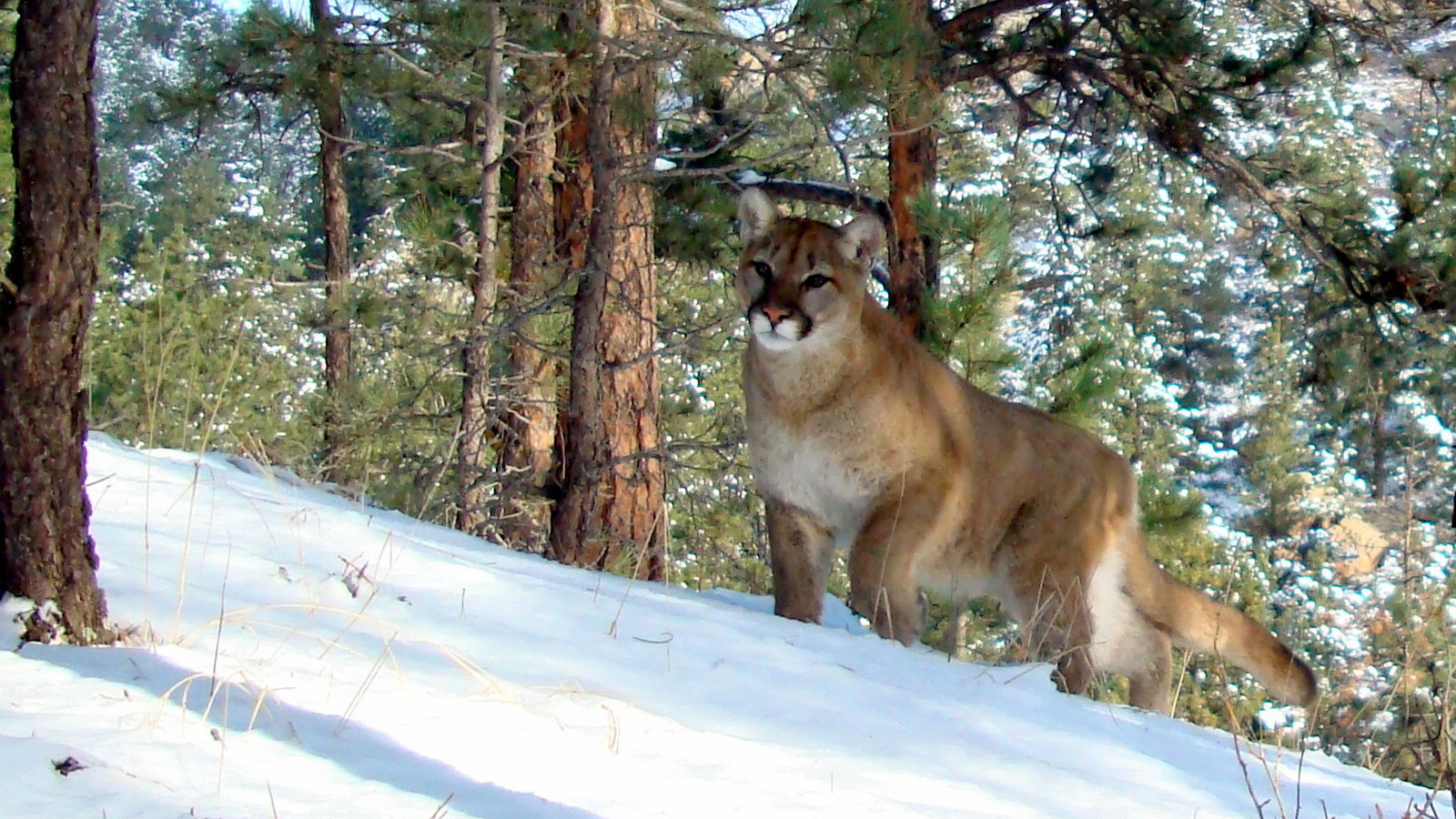 The sheriff's office put out a warning of their own. They said to be sure to look up when outside after sunset because the lions like to hang out in the tree branches.

In 2016, a 5-year-old boy was attacked by a mountain lion in nearby Aspen. The boy survived that attack.

Lion attacks on people are very rare, but the animals live in Colorado, typically in the High Country, away from dense populated areas.