DENVER (AP) - A Colorado boy attacked by a mountain lion near Aspen was improving in a Denver hospital after his mother snatched him from the jaws of the wild cat, his family said Monday.

"Thank you for your concern," the unnamed family said in a brief statement released on its behalf by Children's Hospital Colorado. "Our son is doing better. Thank you for respecting our privacy at this time."

A Pitkin County sheriff's officer had praised the mother as a hero for charging the animal during Friday's attack on her 5-year-old, yanking away one of its paws and prying open its jaws. The boy was flown to Denver with deep but not life-threatening cuts to his head, face and neck. His mother had scratches and bites.

The attack was the most serious of several human-wildlife encounters in recent days in Colorado that have wildlife authorities pointing out that man, who is increasingly treading into untamed habitats, can take steps to ensure the safety of all species. 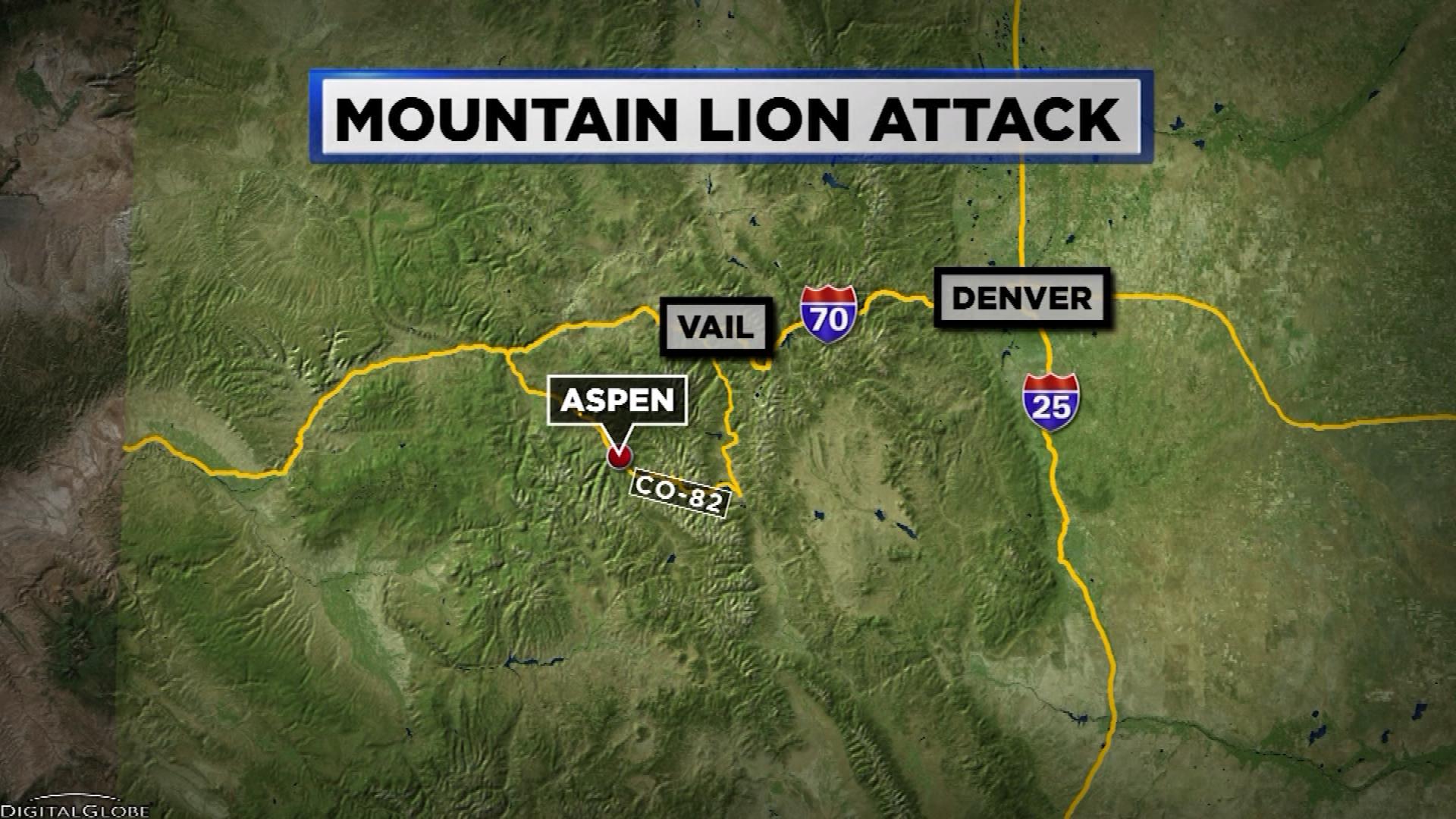 Wildlife officials killed two mountain lions in the area after Aspen attack, saying both were young animals that may have suffered the early loss of an adult cat that could have taught them to avoid humans.

On Monday, Colorado Parks and Wildlife officials said results from a necropsy and DNA tests confirmed that one of the mountain lions that was killed was involved in the attack.

"These two cats were traveling together and learning to hunt and survive together, and one of them attacked a child," said Ron Velarde, a regional manager for Colorado Parks and Wildlife. "We are not going to take chances in a situation like this. It is the right decision."

Neither of the mountain lions tested positive for rabies or the plague.

In the Denver area the same day of the attack, a bear spotted near a high school was tranquilized and then euthanized. A day earlier, another bear that wandered through a residential neighborhood and climbed a tree also was killed. Both bears had been moved on earlier occasions from residential neighborhoods, said Jennifer Churchill, a spokeswoman for the Colorado wildlife department. She said it has been the department's practice for several years to kill bears that have been moved once before because they are believed to have become dangerously acclimated to humans.

It's not just an for Colorado alone. In a recent study on urbanization, the think tank Conservation Science Partners found that at any moment across the Western U.S., a bear is about 3.5 miles from significant human development.

In Wyoming this weekend, a cub believed born to a grizzly known for spending time near roads was killed by car Grand Teton National Park.

Churchill said it isn't easy to move bears to places where they don't encroach on the territory of humans or others bears. Colorado, a state of about 5 million that prides itself on offering residents proximity to outdoor activities, got another 100,000 residents last year, according to state demographers. The population boom has meant concern over housing prices and road congestion - in addition to questions about what it means for the state's wild residents.

Veteran human residents know they should not leave garbage or pet food in places where it could attract animals, and certainly not to deliberately feed them, wildlife officials say.

"Unfortunately everyone loves the videos of bears in the kiddie pools," said Churchill, adding people should be blowing horns and shouting to make bears uncomfortable.

"If they do become comfortable, then they'll want to live where you live," she said.

Mike Porras, another wildlife department spokesman, said stewards dread having to kill an animal, and it is only worse when it is because the creature became used to humans because of human error.

(© Copyright 2016 The Associated Press. All Rights Reserved. This material may not be published, broadcast, rewritten or redistributed.)