The El Paso County Sheriff's Office has confirmed reports of a man with a hatchet threatening people on the trail over the past few weeks.

It happened near the same area where a mountain biker was murdered on Mount Herman Road in El Paso County.

"He was such a legend in the mountain bike community," bike designer Jeff Tessier told CBS4's Tom Mustin.

Tessier worked with Watkins for 13 years.

"You were always proud to be one of his friends because he was loved by so many people," he said.

It was on Sept. 14 when Watkins, 61, disappeared while riding his bike on a popular trail off of Mount Herman Road in Monument. His body was found three days later. Investigators say he had been gunned down. The killer has not been found.

Monday, the El Paso County Sheriff's Office confirmed several reports of a man with a hatchet threatening bikers and hikers in the same area. The man has not been located.

"Things have happened in that area are a concern, a public safety concern," said Sheriff's Office spokeswoman Jacqueline Kirby.

From inside his home bike shop, Tessier told us he's afraid for his fellow trail riders.

"I don't want to be up there," he said. "There's a guy up there, or somebody up there running around, chasing after hikers and bikers with a hatchet. And it makes me very nervous." 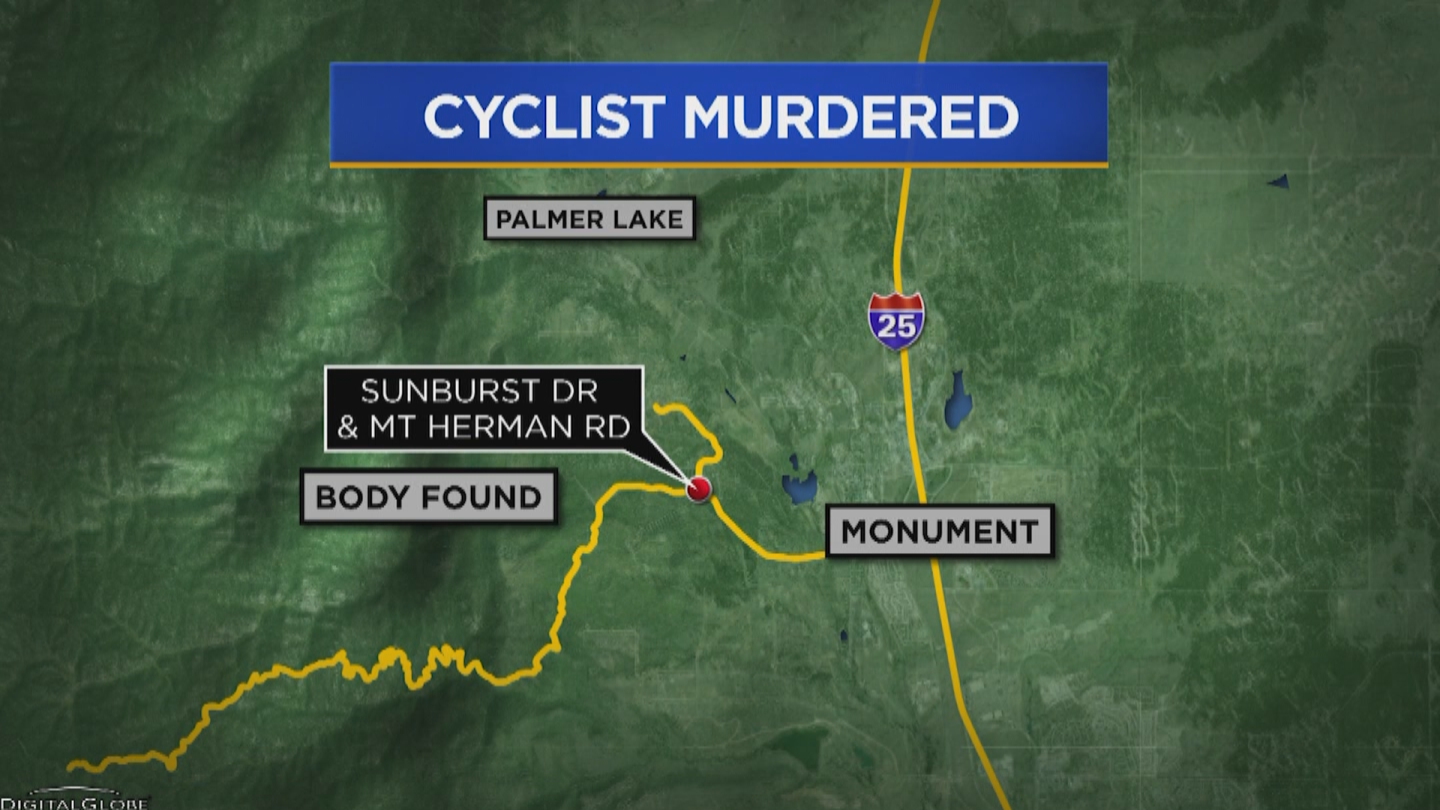 Tessier says after numerous complaints over the years, the Forest Service banned shooting in the area two years ago. The sheriff's office will not comment on whether Watkins' shooting could have been an accident, or if the man with hatchet may be connected. Right now, they're calling the crime a homicide.

And with no motive, no suspects, and a killer on the loose, runner Jeff Kirby summed up the feelings of many in his community.

"The fact that some of this stuff is going on... is scary."

The sheriff's office says to stay safe on the trails, be aware, and use the "buddy" system- meaning never travel alone.