We're a full month into the MLB season now and we've gotten the chance to see our favorite teams play upwards of 30 games. As always when discussing the MLB season in May, the disclaimer here is there's still a long way to go. With that in mind, there certainly have been some surprises in the early going both good and bad. We'll look at the top 5 of each, starting with the bad. 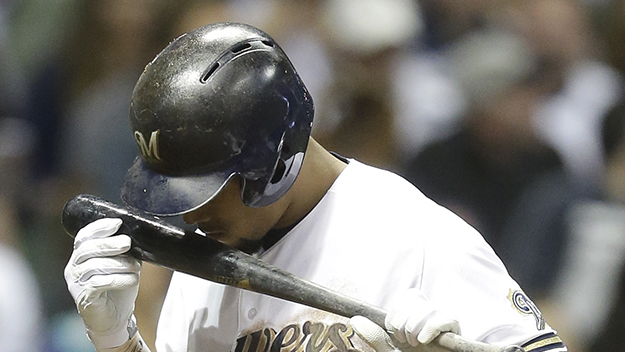 The Brewers coming into the season were expected to build upon their strong push for the post season last year. They were one game up in the division race in the NL Central as late as August 30th last season before a stretch in which they lost 10 of 11 games and knocked themselves out. Plenty of young talent is available on this team, but Jean Segura, Jonathan Lucroy, Khris Davis, and Carlos Gomez are all currently hitting under .265, with Lucroy hitting a paltry .167. The pitching hasn't helped either with the 8th worst starters ERA in the league at 4.75. You'd expect some improvement from a 12-22 start when those guys get going but it's been rough so far. 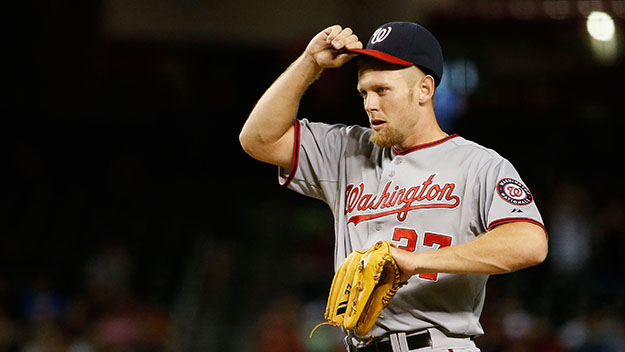 The Nationals have had their own struggles to start the year, but a recent winning streak has showed signs of the team they were expected to be. Strasburg however, hasn't looked anything close to the ace he was thought to be. In 7 starts to this point, he's 2-4 with a 6.06 ERA and is allowing opposing batters to hit .327 off of him. His WHIP of 1.71 is nearly 60 points higher than his career average. Washington needs him to figure it out. 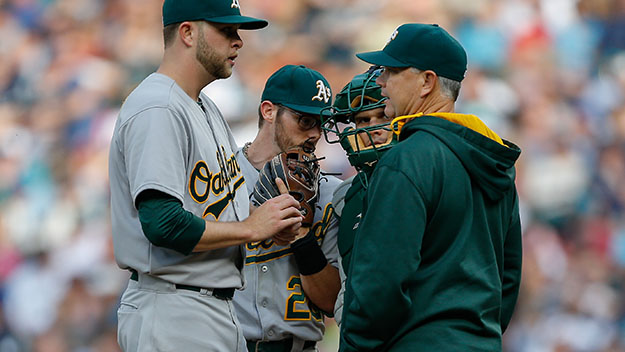 Some regression was expected for Billy Beane's squad after they traded away a couple of key contributors in the offseason. But, I don't think anyone saw this kind of bad play coming from the club. They're 13-22, 8 games back in the AL West behind one of the most surprising teams in the league this season. (We'll get to them in a minute.) The A's have had 5 games decided by 9 or more runs. They're 2-3 in those games. They've won 10-0 and 12-0 and lost 10-1, 13-0, and 14-1. That's just an odd stat. 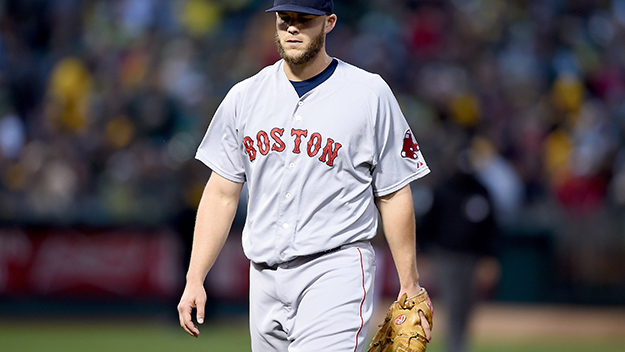 I've got to qualify this. I had my concerns about the Sox rotation going into the year because there wasn't a true Number 1 or even Number 2 guy that I could see on the roster. They own the worst starters ERA in the majors 5.86. The "best" of those is Rick Porcello at 4.50. Rough is the only way to describe that. Three starters (Joe Kelly, Justin Masterson, and Wade Miley) are above 6.00. Yikes. Ruben Amaro Jr. on speed dial? 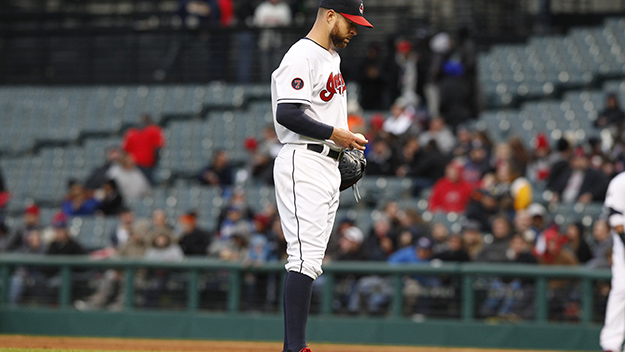 Last year's AL Cy Young winner has had an awful start to this season. He's 0-5 with a 5.04 ERA in 7 starts so far. He hasn't allowed less than 2 runs in any start this year. There's plenty of time for him to regain form and he's never had above a 3.85 ERA in a season in which he made at least 13 starts. 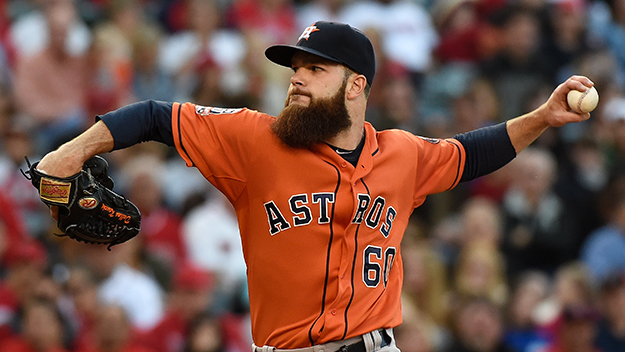 Keuchel had a very good year last season, with a 12-9 record and 2.91 ERA. This season has been even better. The guy with quite possibly the best beard in the majors has an unblemished 4-0 record with a 1.39 ERA in 7 starts. That is tops in the league for pitchers with at least 4 starts. He's been part of an Astros team that will make an appearance on this list as well. 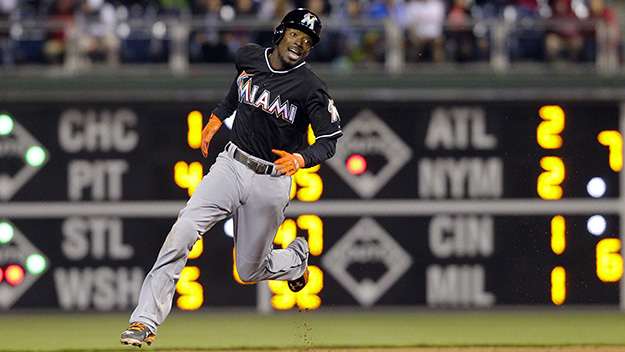 Gordon is this year's player who people are talking about because he's hitting above .400 after one month of the season. The likelihood that he challenges Ted Williams at the end of the season for that .406 mark isn't high. He's a career .286 hitter and at times looked lost at the plate in his first couple of years. This season though he's already had a 13-game hitting streak and has 8 doubles as well as 2 triples. It's not just cheap base hits each time out. 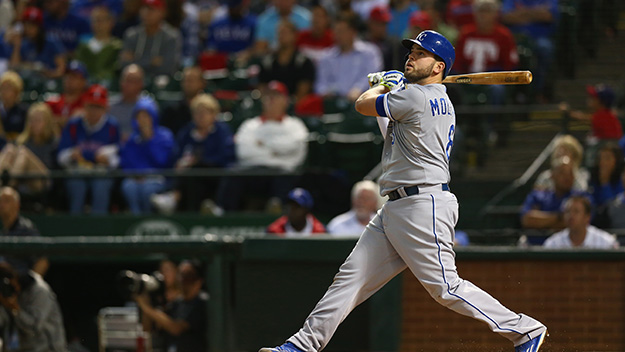 This has nothing to do with the team average (though it is about 20 points higher). It has more to do with the power that the Royals have exhibited this season. Last year in 162 games, KC hit only 95 homers. This season through 33 games they already have 27. The 33 games puts them about 1/5 into the season which would mean they're on pace to hit 135 home runs. Forty more than last season. The power has been astounding so far. 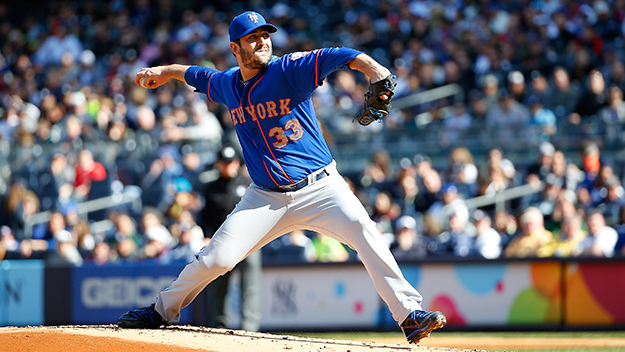 The Mets were expected to be better this season because young ace Matt Harvey would be added to a rotation that already had Zach Wheeler, Jacob DeGrom, Jonathan Niese and the never aging Bartolo Colon. Wheeler went down in spring training but it hasn't mattered. The Mets sit atop the NL East at 20-13, including an 11-game winning streak. Their rotation ERA is 2nd in the majors at 3.15 and they're getting a very good season from Lucas Duda who's sporting a .286/.363/.445 triple slash line so far. 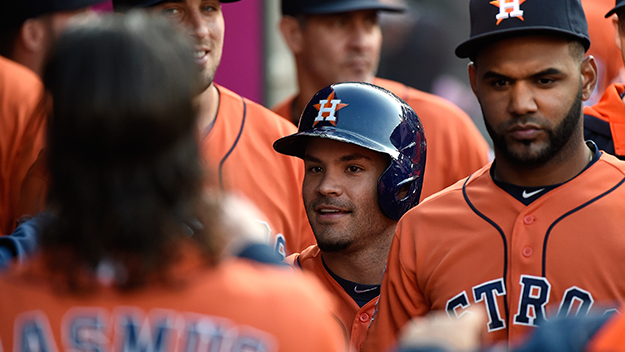 There's been no bigger surprise, in my mind, in the league than the Astros. This is a franchise that over the last four years has lost 92, 111,107, and 106 games. Their 92 losses last year was the first time in 4 years that they hadn't lost more than 100 games. Currently, they sit atop the AL West at 20-13. Read that sentence again. The Astros are in first in the AL West. I don't care what time of the season it is, there's no way you had the Astros as the top team in that division. Bravo to AJ Hinch and crew, here's hoping they continue their success.

Ryan Mayer is an Associate Producer for CBS Local Sports. Ryan lives in NY but comes from Philly and life as a Philly sports fan has made him cynical. Anywhere sports are being discussed, that's where you'll find him.