DENVER (CBS4) - These days it's a skeleton and a pelt, residing along with other treasures and antiquities at the Denver Museum of Nature and Science.

It often sits on a shelf, but the story that goes with it is as much of a piece of Colorado history as the pelt itself.

It was a 350 to 400 pound grizzly, not large for the species, said John Demboski, curator of vertebrate zoology at the museum.

But a grizzly is a grizzly. Also known as brown bears, the species is aggressive and known as an "apex predator" for good reason.

There was a time when grizzlies roamed The West, killing with impunity.

"Actually grizzlies used to be pretty much in the Great Plains into the Rockies all the way up into Alaska," said Demboski. "It's different now, you know there's a lot of pressure in the West. More development, more roads. So that makes it tougher for a large predator like this to survive."

It was the last day of bow hunting season for elk, and an outfitter by the name of Ed Wiseman was guiding hunters into a remote area along the Continental Divide east of Pagosa Springs in the Southern San Juan Mountains.

They were a few miles away from the border of New Mexico, likewise the nearest road. They camped on the east side of the Divide and that morning crossed over to the other side.

Wiseman was soft spoken but a mountain man straight out of central casting; tough as aged leather, with thick hands broad muscles. He had a good fix on where the game trails crisscrossed the area and the elk were to be had by a hunter with a steady arm.

Wiseman was guiding hunter Mike Niederee and left Niederee up high to see if he could push elk his way. It was right in the headwaters of the Navajo River with sharp, cliff-like slopes and almost no way for game to get out without going past them.

"I had never hunted grizzly bear, but being an outfitter I had also been responsible for the harvest of a hundred or more black bears and had probably seen 200 or so black bears over my career," said Wiseman in a recent interview for CBS4 at his current home in Iowa.

WEB EXTRA VIDEO: Watch a complete interview with Ed Wiseman where he describes his frightening encounter with the grizzly bear

But this time he was about to meet a grizzly.

As Wiseman stood considering whether to try to get an elk on the last day of the season he heard a noise. It was a bear about 30 feet away, crashing across the ground, growling and huffing and coming right at him.

There wasn't much time to do anything but raise his bow in front of him. Then the bear was on him.

"I knew what a grizzly bear looked like and when this bear was coming at me I knew by the hump in the back and the broadness and flatness of the head and the two tone color of the fur and this kind that I was looking at a grizzly bear."

Now he was under one.

From a hospital bed in the days following the attack in 1979, Wiseman said "I swung my bow at him. And he send the bow flying and knocked me down. I went into a tuck position and gathered up my legs and laid on my side and put my neck and laid still."

That was before he know the bear had been a female. As he lay there trying to play dead the bear continued to tear him apart. 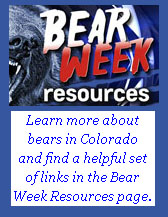 "She first grabbed my (leg) and went to chewing on my lower right leg and dragging me around and my first thought was to try and play dead. She worked on my right leg a little bit then went up and got onto my right shoulder and was dragging me around like that. And then at that point I began to change my mind as to whether she was going to leave me alone or whether I had to do something else. And I decided that playing dead wasn't working."

That's when he saw an arrow that had fallen out of his bow when the bear took him down.

"The broad head fortunately was pointed at the bear already. Was on my left side. I just grabbed the arrow with my left hand then rolled from my side onto my back and at that point stabbed the bear, attempting to drive her off more than kill the bear."

That worked. A little.

"Then I don't remember what went on at that point, 'til a little bit later she was standing over the top of me lengthwise and I remember seeing a stream of blood what looked to me to be about the size of my thumb pouring out of her neck and she had a hold of my right hand ... at that point I stabbed her a second time and behind the right shoulder and again got in behind the third rib and into the chest cavity."

That's when the bear broke off the attack. It had worked. She ambled off, leaving her prey.

"About 20, 25 yards, and I watched her stop and lay down. At that point I knew the attack was over."

Ed was wounded and bleeding, a bone in his leg shattered, damage to both legs, a chunk of his shoulder muscle gone and injuries to his hands.

But the bear had gotten the worst of it. Where the bear lay down, she didn't get up. The arrow had hit just the right place in the bear's neck. The last grizzly was dead.

For Ed, his troubles were just beginning. He was alone in the remote forest and gravely injured. There were 75 to 80 different puncture wounds and tears.

He called out to Niederee and was heard. It was clear Ed needed serious medical help and soon.

Niederee tried to begin to get Ed back to camp, miles away over the Continental Divide up and down via horseback on rough terrain. But it soon proved too rough. Ed could go no farther.

"I elected to get off the horse at the head of that meadow and send him back to camp."

It would be a long wait, but only a helicopter could realistically get Ed out to a hospital in his condition. So Niederee set Ed up as best as he could, with a fire for warmth and set off. Ed tells it from there:

"I had the heat of the fire to start with then as the night wore on I'd run out of wood and was not strong enough to go get scour the mountainside to go get more wood. And so as the fire died then I eased up next to a small pine tree that had pine boughs down very close to the ground and I had a saddle slicker and a jacket and I crawled up underneath this pine tree, the limbs of the pine tree to break the wind. Covered as near as I could with the saddle slicker and to further breaks the wind and that's where I spend the remainder of the night. I tried to do some isometric exercises, alternately contracting and relaxing muscles to relate some energy and but the biggest thing is to keep your mental wits ahead of, with you so you don't panic and that'll get you in more trouble than anything. Initially I just ... survived by the hour so to speak.

"From seven o'clock to ten o'clock I had the fire and I gauged what the fellows from camp was doing based on what I could do, which was not realistic. I knew that I could go from my position to camp and be back into that same area by ten o'clock or something like that. But I failed to take into consideration in my state what these people who was unfamiliar with the area were facing. And darkness and all that kind stuff. They did a fantastic job and I'm not downgrading that at all. From ten o'clock I said well they'll probably be here by midnight. So I got to midnight."

But at midnight, there was no help. Not a sound. A helicopter would have to fly to Ed all the way from Fort Carson in Colorado Springs. At night, at high altitude, it was a fool's mission. They weren't coming. Not in the dark.

"I knew that the near was done. I knew that it was mostly just muscle injury and I had beat the bear so I could beat this and all I had to do was make it to daylight. I made it 'til midnight and when they didn't get there by midnight I know that by daylight, people are going to be here."

Hours later daylight creeped over the chilled mountains, Ed had survived the night. Then they were there. He was going to make it.

It took Ed 31 days to recover in a hospital. Doctors cleaned the wounds and stitched back together what they could, then "let nature take over," as Ed puts it. He still suffers the effects of the attack today. His foot isn't what it was and there are scars all over.

Wildlife workers brought out the pelt for a better look and judged the bear an older female. It may have been close to 20. Later examination showed the bear could have had cubs, but that would have been years in the past.

If there were cubs, there'd been a male grizzly. And where had the cubs gone? Workers set traps. One of them was John Broderick, who today is terrestrial programs manager for Colorado Parks and Wildlife and monitors bears and the biologists who track them.

The traps never caught any grizzlies.

"Well you know, given how fragmented Colorado is now and how much of a wildland bear those really are," said Broderick. "It'd be hard for them to survive in Colorado. But if there were that southern part of Colorado and Northern New Mexico is still a pretty big and wild landscape."

But grizzlies would not likely survive without a good sighting.

"As free ranging as an animal as they are, I don't think there could be one in Colorado that we wouldn't hear about it or somebody wouldn't see it," said Broderick.

People have claimed to have seen them, but those are often cases of mistaken identity. Black bears are as often as not, black. They can be brown and even honey colored like grizzlies. They don't have that signature hump on the back. The two tone of the grizzly is also a giveaway.

"A lot of times what will happen is they will see a light colored bear and a big bear, and their perception is they see a blond colored big bear and so they presume that it's a grizzly."

The state sets hair snares, to grab pieces of fur from passing animals in the forests of Colorado. There's never been another.

The grizzly is gone. The last one slain in combat with an outfitter named Ed Wiseman. A story as big as the animal that lost its foothold on a forest that once was its home, where it ruled like no other.