COLORADO SPRINGS, CO., (CBS4)- The discovery of fossils in Colorado Springs is helping scientists around the world find answers to one of life's greatest mysteries. Scientists with the Denver Museum of Nature and Science discovered a large collection of fossils that provide details about the evolution of life as we know it. Life after dinosaurs.

The fossils, discovered in the Corral Bluffs Open Space, east of Colorado Springs, come from an interval of time, until now, scientists knew very little about. Thanks to this discovery, there is now a timeline on the recovery of life on earth after a mass extinction.

"With this discovery, the amazing plant record the wonderfully complete vertebrae fossils and the ability to date the rocks in which all the fossils were found, it allows us to provide a tempo for that recovery," Dr. Tyler Lyson continued, "some of the things that we found is that the recovery actually happened pretty quickly. Geologically speaking. So when I say quickly, we're talking about hundreds of thousands of years."

Lyson is the curator of vertebrate paleontology at the Denver Museum of Nature and Science and the lead author of the Science magazine paper where his research was recently published. Until Lyson was certain the research would be accepted and published, he kept it under wraps.

He discovered the very first fossils three years ago. It was a find that wouldn't have been possible without a great team, led by Dr. Ian Miller. Miller, a paleobotinist with the museum and director of earth and space sciences.

"A paleobotinist studies those ancient forests so we put together the story of the base of the ecosystem, to see what that world was like and how it was changing," said Miller.

Miller's ability to date the plant life helped Lyson confirm these were fossils following the end of the Paleocene era. It is one of the most significant periods of global change.

CBS4's Jamie Leary and photojournalist Mark Neitro had the chance to visit the two scientists on site Tuesday and saw first hand where the fossils were found.

Corral Bluffs is 700 acres of rugged open and because it is undeveloped and an important piece of land for scientific research, it's only available via guided tours.

Leary and Neitro followed the two scientists, ambling through the sandstone, who they described as "just as excited as if it were day one."

"This leaf in particular is about 700 thousand years after the age of extinction. This is from those first forests that began to repopulate the planet," said Miller.

While the two continue finding post-asteroid fossils in the area, it wasn't always so easy. Along with many paleontologists before them, they initially struck out.

"So normally, as a vertebra paleontologist, if we get lucky, we'll see bone and that's where we'll start digging, and so we applied that same technique here. Walked all around, we walked all over and we just weren't finding a whole lot of fossils," said Lyson.

Lyson said he decided to apply a different technique, he decided to look inside concretions. A type of rock made of layers of solid material, formed over time, around a nucleus like a twig or... an early mammal.

"I picked up this rock, this sort of white blob, ya know amorphous, didn't really look like anything and I took this rock hammer and cracked it open and there, staring back at me, was a complete mammal skull and it was amazing."

Within an hour, Tyler, Ian and the rest of the team had pulled more complete plant and animal fossils, from that interval, than either had found in their lives.

It was a gold mine for fossils. Cracking open concretion after concretion, Ian and Tyler discovered generations of survivors of the mass extinction. Finding even a single skull from this era is a coup. In fact, most of what is understood from this era is based on tiny fragments of fossils, such as pieces of mammal teeth.

"I've looked for 20 years in North Dakota and Montana and elsewhere, for fossils from this interval of time and I can count on one hand how many fragments of jaws from a mammal I've found and here in my hands was a complete mammal skull," said Tyler.

So far, they've found fossils from at least 16 different species of mammal.

On Tuesday, they didn't have to venture far to find more. Ian found the fossilized base of a palm tree and Tyler found the shell from an ancient turtle. It's clear, there is still much to learn.

"Ian and I will be working on this project for the rest of our careers, there's no doubt about it," laughed Tyler.

The one thing that will forever baffle them?

"To have a spot that is world-class in our back yard?!" Ian shook his head in disbelief and continued. "I mean who would've guessed it just reminds me and it should remind everyone that the best fossils are still in the ground and you gotta go look for 'em!"

In addition to the paper published in Science magazine, the story of the discovery is told in a new documentary, "Rise of the Mammals," a NOVA production by HHMI Tangled Bank Studios for WGBH Boston, that will stream online beginning today at across PBS platforms and mobile apps and will broadcast nationally on PBS Oct. 30 at 9 p.m. EDT/8 p.m. CDT (check local listings). 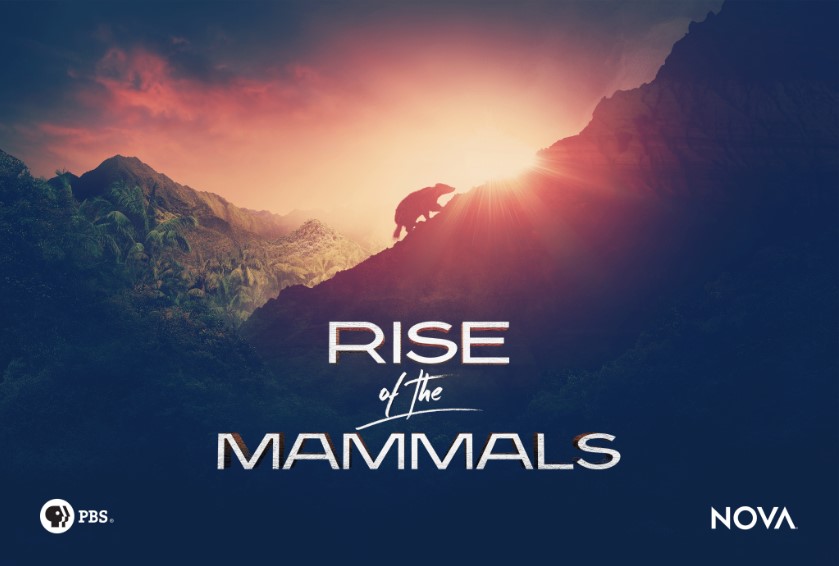 "Thanks to the expertise, vision and grit of the scientific team, we are gaining a clearer understanding of how our modern world of mammals arose from the ashes of the dinosaurs," said George Sparks, the Museum's President and CEO. "We hope that this story inspires people – especially future generations - to follow their curiosity and contemplate the big questions our world presents to us."