DENVER (CBS4)- Colorado lawmakers are honoring the sacrifice of two state troopers killed in the line of duty on Friday.

The Senate and House unanimously passed a resolution that designates a stretch of Interstate 25 near Castle Rock as "The Trooper Donahue and Trooper Jursevics Move Over Safety Awarness Corridor".

Donahue left behind two young daughters. Jursevics had just given birth to a baby girl.

The entire state Senate stood to pay tribute to their families.

Smallwood wiped away tears as he talked about the impact of the troopers' deaths, saying for too long drivers have ignored a law requiring them to move over for emergency vehicles, "The tragic events of Nov. 15, 2015 and Nov. 25, 2016 is what, in today's terms, we refer to as a tipping point - that unexplainable point in time or incident that becomes so significant that it causes a larger, incredibly important, and unstoppable change." 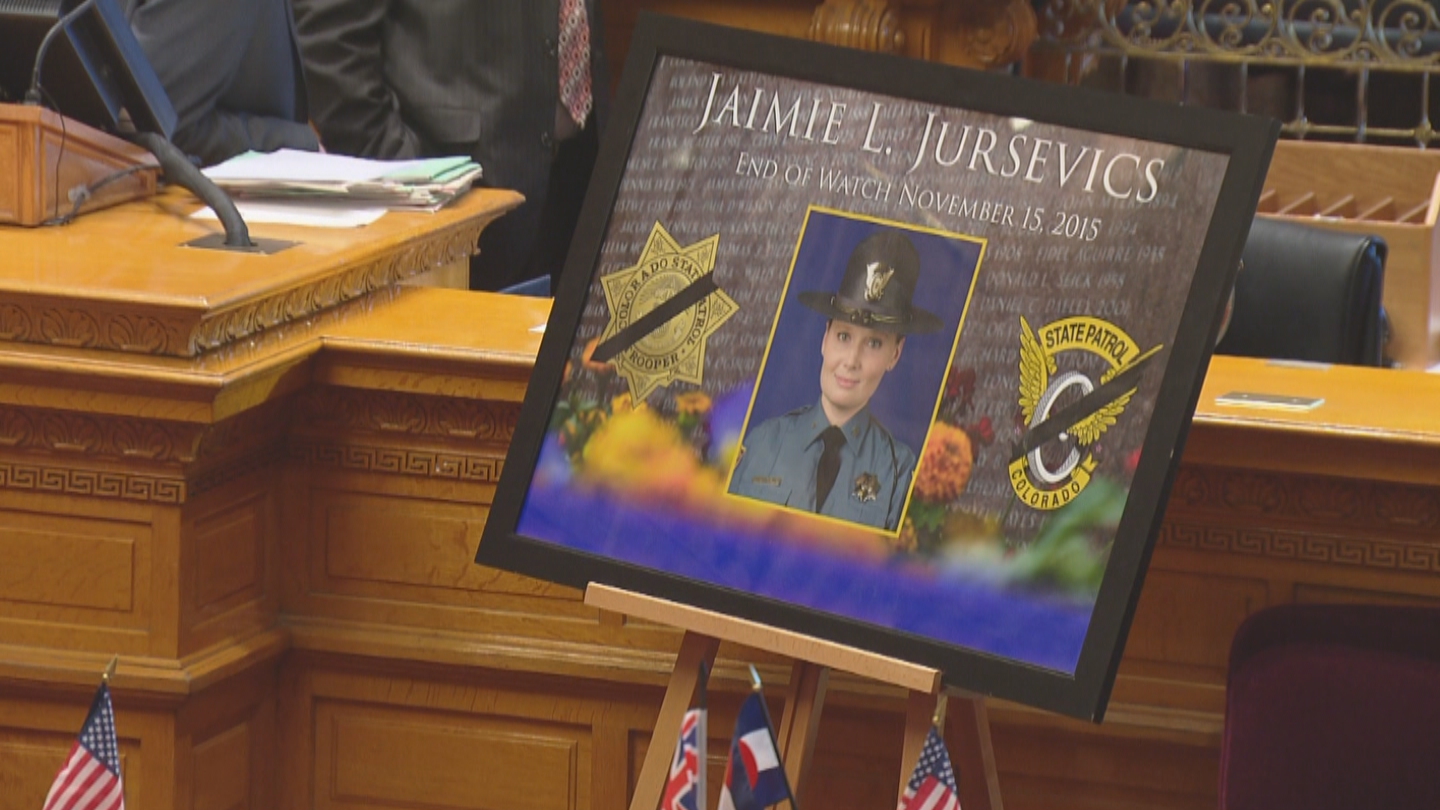 Ransom held up a "Move Over For Cody" bumper sticker and said she will put it on her car, "There are real families that suffer when we drive down the road and don't move over the way we're supposed to." 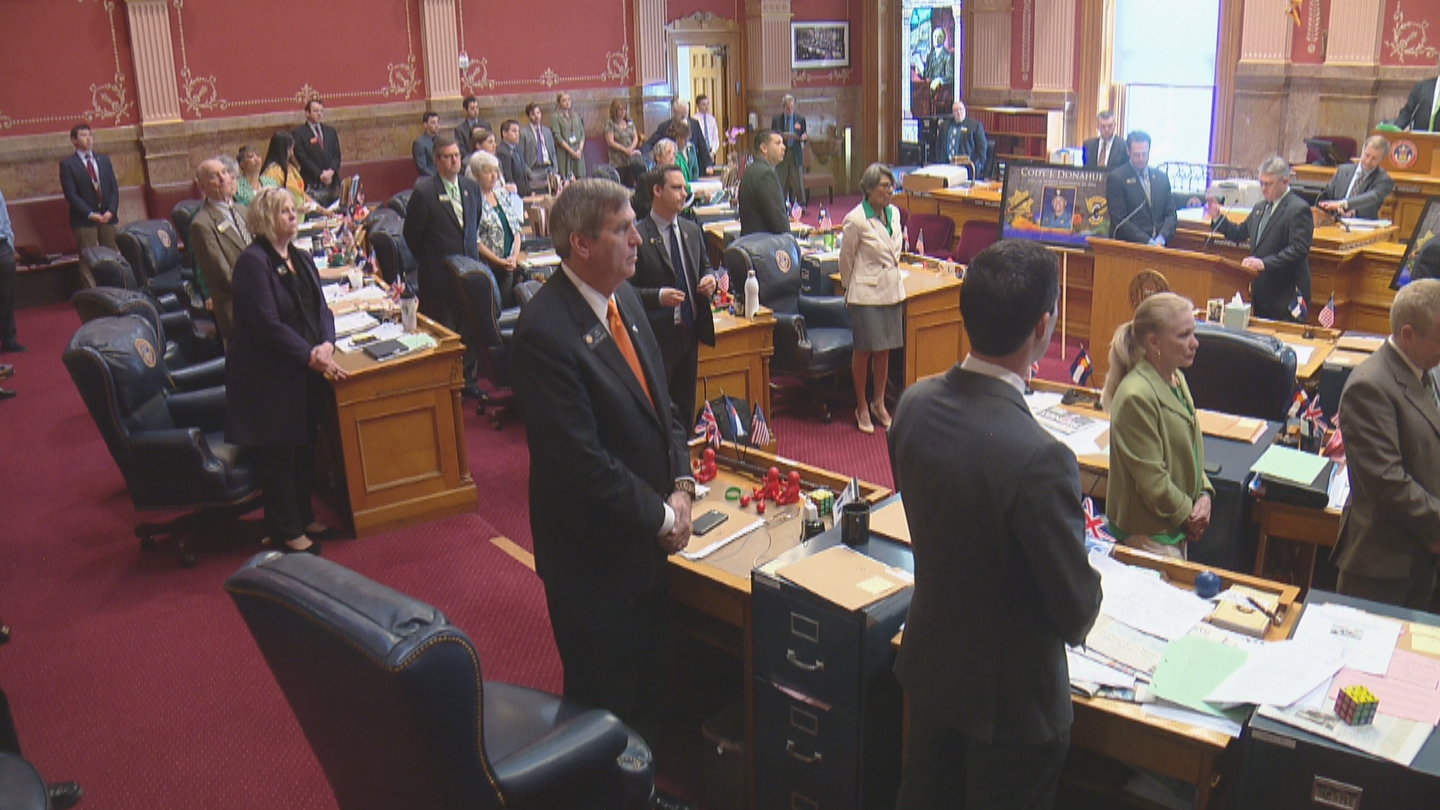 Neville said the troopers had made the ultimate sacrifice, "I think this is just the least we can do."

Velma Donahue, the widow of Trooper Donahue, was overcome with gratitude. 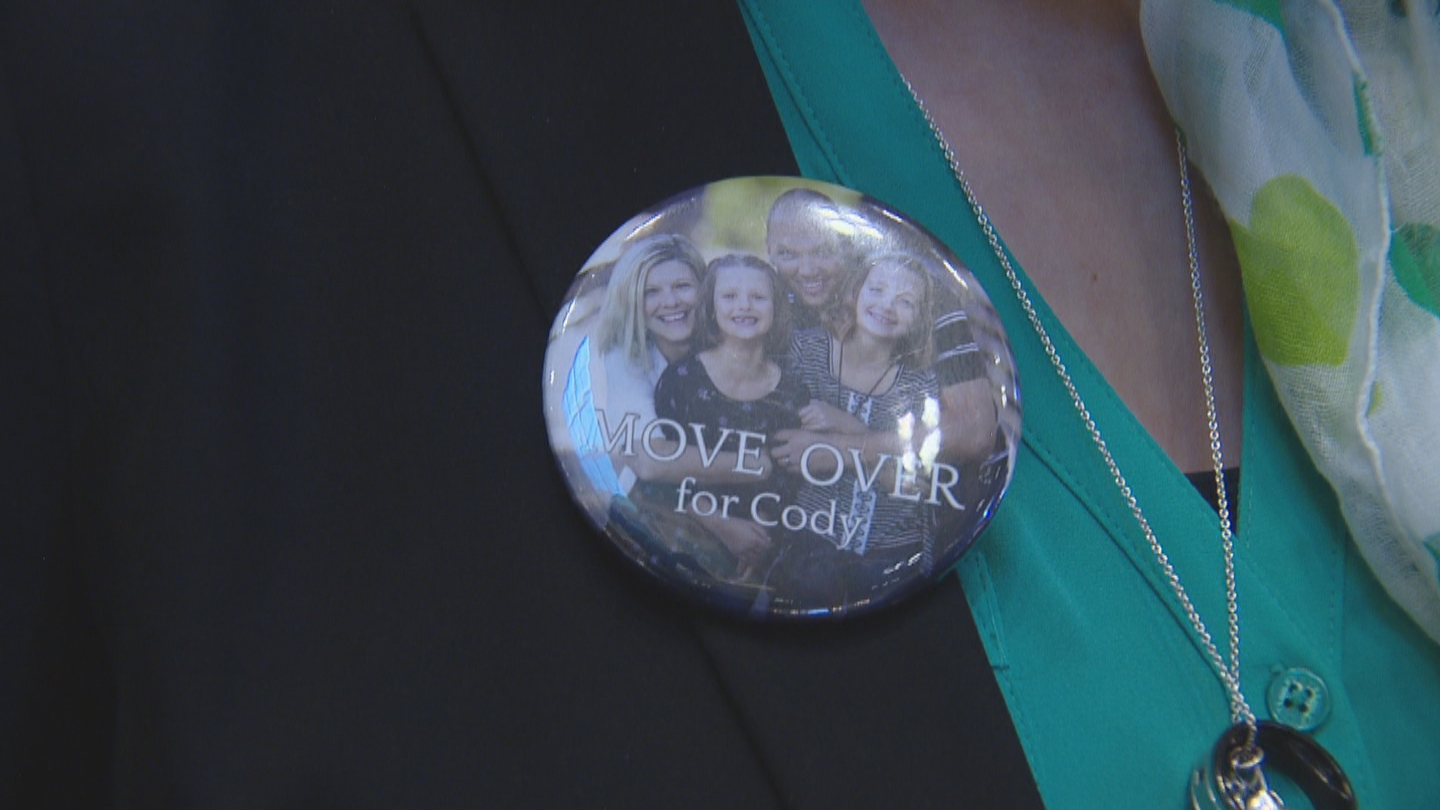 "It was really powerful that everyone agreed to this. What it means to us is that there's going to be a place where Cody is memorialized... but also it's going to help spread awareness to others what it means to slow down and move over… and hopefully something like this never happens to anyone else," said Donahue.

Holbert is also sponsoring a bill that increases penalties for those who fail to move over for emergency vehicles.