DENVER(CBS)- Here we are the first day of June and we get right into some hail producing thunderstorms. Storms moved over the Denver metro area early in the afternoon on Saturday.

With some of the storms pounding parts of our area with anywhere from marble to ping-pong ball size hail along with heavy rain.

In some spots of east Aurora 1 inch diameter hail piled up to 2 inches on many roadways from Parker to DIA in and around E-470.

Hail dropped over the area from the Tech Center out to Aurora and beyond.

The combination of a cold front pushing southward over the plains and a strong influx of heat and moisture from the southwest created a convergence zone for strong storms from Denver out over the eastern plains on Saturday afternoon.

The outlook for Sunday has another round of storms over the eastern plains including Denver. Some of these storms may also produce damaging hail, strong winds and heavy rain again over all of the eastern half of the state. 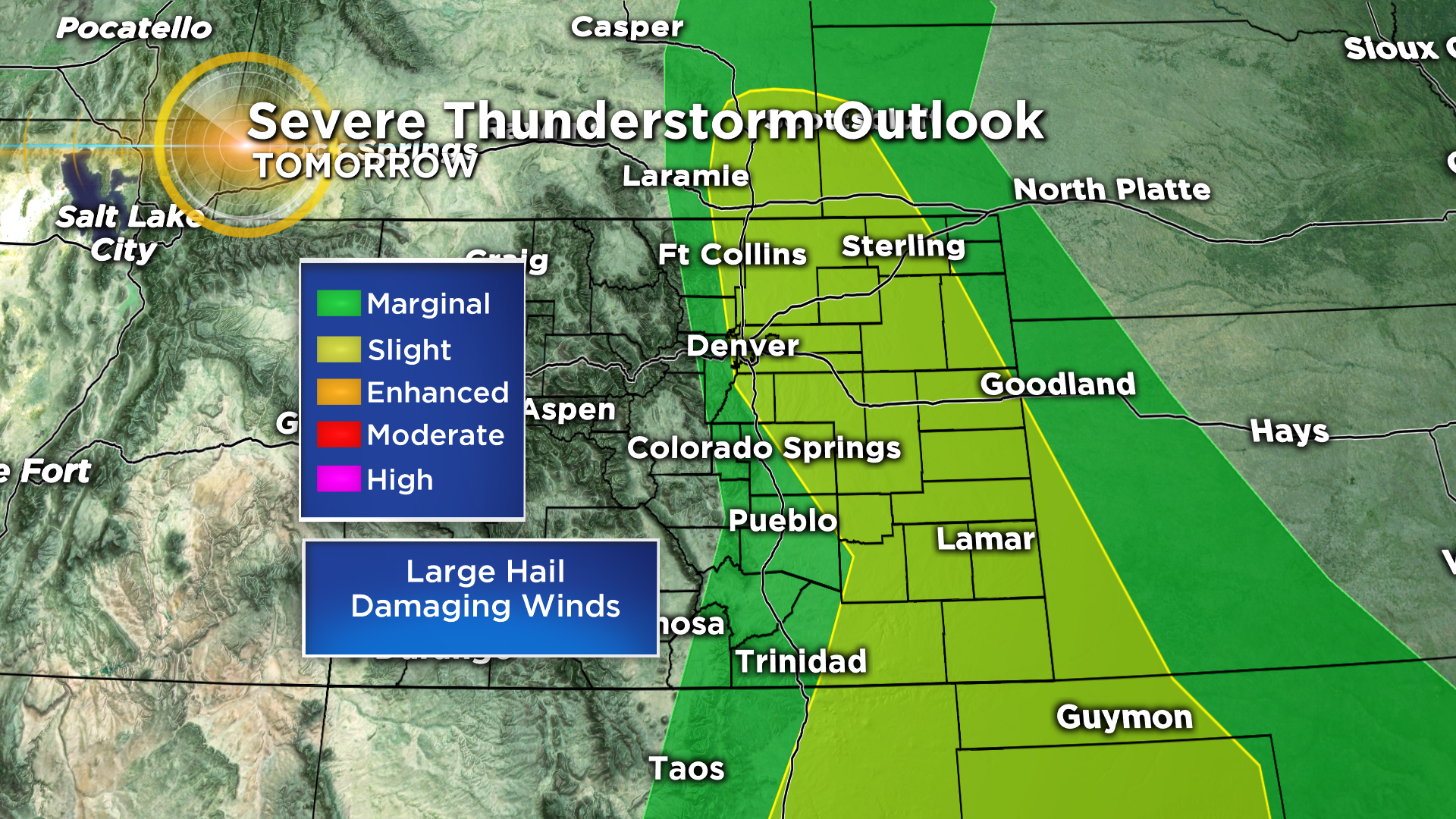