AURORA, Colo. (CBS4) -- Saturday protesters in Aurora marching to call for justice for Elijah McClain got onto Interstate 225 and stopped traffic. That's when witnesses say the driver of a blue Jeep rammed through a makeshift barrier. Witnesses say the driver was out to hurt people -- but the driver told police he was afraid of the crowd and was just trying to get away.

As the Jeep drove through the crowd, multiple shots were fired by a someone, or more than one person, in the crowd.

RELATED: 2 Shot During Protest On I-225: Aurora Police Release Photos Of Person Of Interest

She and her sister Keri Beaumont were protesting as moms and saw it all. They believe the driver's intent was clear.

Julie says, "That car coming towards us had every intent to run into as many people or cars as he could."

They say the only thing that stopped the driver are the cars that put themselves in the way to slow the Jeep down. Driving one of those vehicles was Sebastian Sassi.

He says, "He rammed me, then hit the Jersey barrier on the road and kept going." 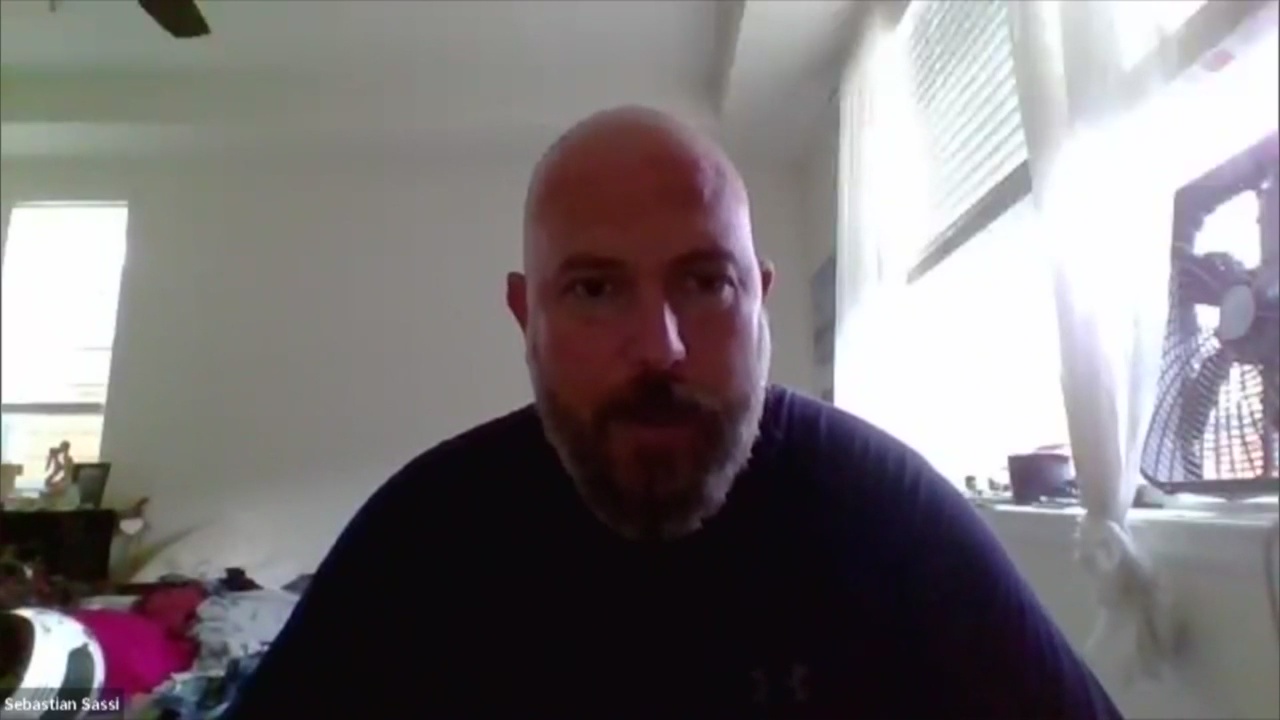 Sebastian also believes the driver of the Jeep was looking to harm people.

"His intent was murderous," he said.

Sebastian says he saw the driver coming up behind him in his rear view mirror and accelerating toward the direction of the protesters. He made a split second decision to take a hit from the speeding Jeep to protect people.

"We have lost something in this country if we can't look at what this guy was trying to do and just out of hand say, 'that's wrong'" he says.

Sebastian doesn't want to be a hero. He want's justice for Elijah McClain, and feels like the praise he has gotten takes the focus off of that endeavor.

"The gentleman in the Jeep was allowed to hit my vehicle… Almost hit protesters… He would have hit protesters had I not acted. He was allowed to leave the scene of an accident, give his name to the police and go home. Whereas Elijah McClain wasn't even allowed to walk home from a damn convenience store without being murdered," he said.

Julie and Kerri say they also want justice for Elijah but also owe Sebastian their lives.

"There is no doubt in my mind that that man would have run over my sister and me," says Julie on a phone call with Sebastian. "Oh he would have killed people," responds Sebastian.

Aurora police issued a statement Sunday saying they had not cited the driver but they will be working with the District Attorney to discuss appropriate charges.

According to police, the driver said that while he was on I-225, his Jeep began to be surrounded by protesters who were yelling and striking his vehicle.

"He also claims that a white pickup truck struck the front of his vehicle," police stated. "He claims that the reason that he drove towards the protesters is because he was scared and trying to get away."

Police noted that no one was hurt by the Jeep but two people were hurt in the shooting.

"I not only find great concern with someone making the decision to drive their vehicle toward protesters on the interstate but that someone in the protester group opened fire, recklessly shooting two people.

"We will be working with our District Attorney to discuss appropriate charges for the driver as well as working tirelessly to identify the shooter(s) on the interstate."

Police are asking for help from anyone who was there and might have information, pictures or videos that show the events leading up to the Jeep driving into the crowd -- and during the shooting. Those can be submitted to Denver Metro Crime Stoppers.

The Aurora Police Department Major Crimes Unit shut down I-225 briefly on Sunday to search for evidence at the scene. Once all of the evidence is gathered, this case will be presented to the 18th Judicial District Attorney's Office.