BASALT, Colo. (CBS4) - Hundreds remains evacuated because of the Lake Christine Fire burning right next to the town of Basalt and close to the neighboring town of El Jebel. 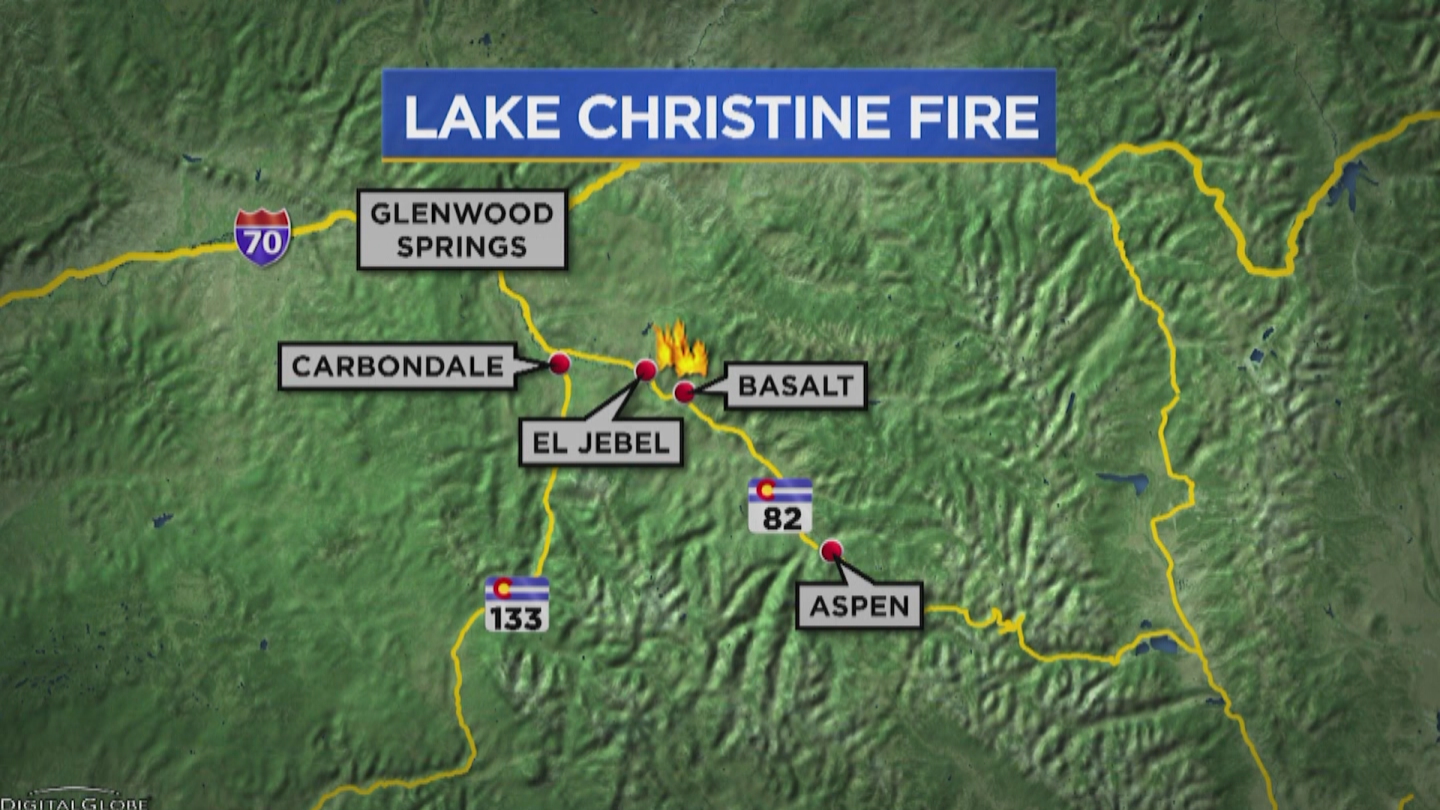 The fire has quickly burned approximately 4,900 acres in the far southwest corner of Eagle County, close to the border with Pitkin County and Garfield County.

Three homes have been destroyed. Two were in the El Jebel city limits. CBS4's Matt Kroschel reports one of the houses belonged to a firefighter.

There's no containment so far, but firefighters have managed to keep the fire from crossing Highway 82. That's the main highway between Glenwood Springs and Aspen.

Overnight fire officials ordered the evacuations of two more neighborhoods. More than 500 homes are evacuated due to the fire. Evacuees can find shelter at either Basalt High School or Roaring Fork High School.

On Thursday morning some evacuees told CBS4 the roads leading out of the newly evacuated areas were packed with people trying to get out in the night.

"I came through here at about 9 p.m. last night and it looked like everything was calm and everybody was pretty confident we were okay. And all of a sudden it just came down that hill and it was total chaos," said evacuee Len Thacker.

As the fire grew on Wednesday, everyone in and around Basalt had a perfect view of the flames.

"It's pretty nerve-wracking actually, you can see the progression of the fire. It was over there and relatively small, but all of this happened during the day, because the wind has been blowing that way," Mick Shattuck said.

Commercial flights in and out of the Aspen Airport, which is located 15 miles from the burn area, were canceled on Thursday.

The Colorado State Patrol warned drivers in a tweet to stay away from the evacuated neighborhoods because "it hinders fire fighting efforts."

The Lake Christine Fire started on Tuesday when investigators said two people were shooting tracer rounds at a gun range. Both were cited.

Call 970-510-0705 for more information about the fire. The Eagle County Sheriff Facebook page is also providing official updates on the fire.