DENVER (CBS4) - For the first time in decades actors are performing on the famous stage at the Historic Elitch Gardens Theater.

"The first live performances in this theater since 1991," David Nehls with the Historic Elitch Gardens Theater Foundation said. 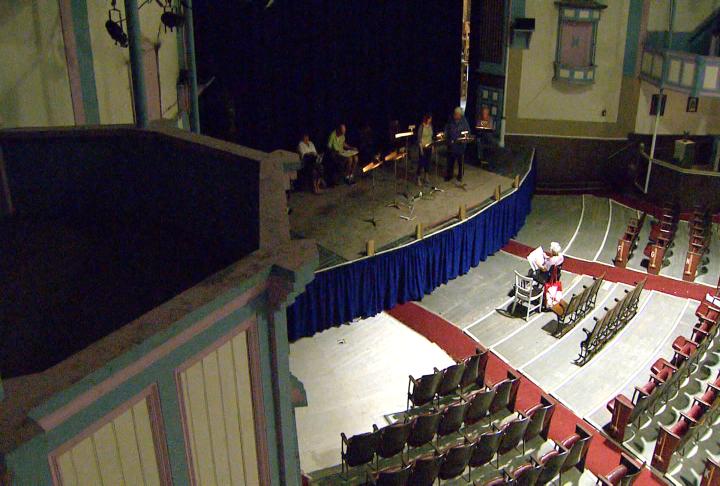 Nehls says the Shakespeare-inspired building was abandoned in 1991 after spending nearly a century employing some of show business' best and brightest.

"Edward G. Robinson, Fredric March, Grace Kelly, Sylvia Sidney, Robert Redford; the list goes on and on and on," he said.

But when Elitch Gardens moved the amusement park to downtown they pulled out most of the utilities. And although the theater was saved, it was left empty and used -- until now.

"These are six plays that have never been performed before," Nehls said.

Nehls says of the six plays in the New Works Festival the audience chooses two favorites which will go into workshop mode next summer before one is chosen and turned into a full-fledged summer production in 2017.

"By then we will be ready to start providing theater for the summer here."

In the meantime the theater is fundraising to update a unique facility described as massive, yet intimate.

"There's so much support and it's so gratifying to know that the years of working so hard to restore this building is paying off."

The readings were held Sunday night before the company narrows down the plays for the final production.