BERTHOUD, Colo. (CBS4) - A tiny dog from Berthoud that became famous for bringing attention to puppy mills recently passed away and now there's campaign to get Harley the Chihuahua's image on the tail of a Frontier Airlines plane.

Last September Harley was voted American Hero Dog by the American Humane Association. The 6-pound pooch beat 170 other heroic hounds to become the most courageous canine. Harley was a spokes-dog with an inspirational story of survival. He spent his first 10 years living in a small cage in a puppy mill.

"He was being used to breed and produce puppies for pet stores," said Rudi Taylor, one of Harley's owners last September.

When Rudi and Dan Taylor adopted Harley he was a damaged dog with a rotting mouth, a fused spine, gnarled toes and deformed legs. He was missing an eye. Rudi says that's the result of his cage being power washed with Harley in it.

But 4 1/2 years later, it was "Harley to the Rescue." He was all over social media as the spokes-dog for National Mill Dog Rescue. His campaign called Harley to the Rescue has raised enough money to save more than 500 puppy mill dogs and counting in the last two years. 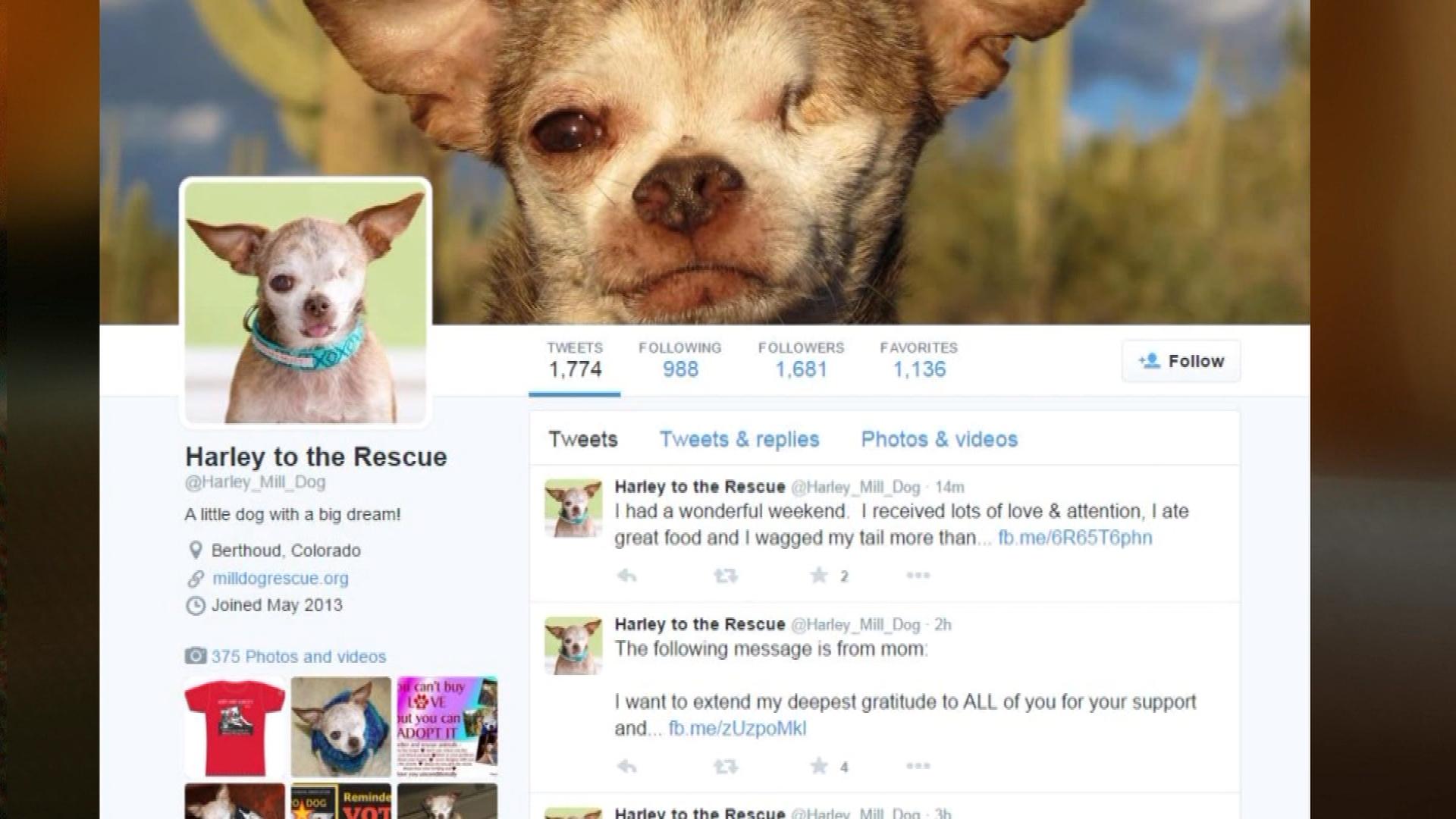 Harley made public appearances to educate people on the horrors of puppy mills. Despite his decade in isolation, his owners say he happily accepted love and attention from everyone before his death.

It might have been a stretch to call Harley handsome, but his attitude made him adorable. Even in death he is the poster pup for dogs still suffering and there's a campaign to get Harley's image on a Frontier Airlines plane to bring even more awareness about puppy mills. You can vote once a day for Harley on a special page at flyfrontier.com.