DOUGLAS COUNTY, Colo. (CBS4) - A Douglas County deputy who was killed in the line of duty now has legislation named in his memory.

The Deputy Zackari Parrish Violence Prevention Act is aimed at getting guns out of the hands of people who are mentally unstable.

Parrish died on New Year's Eve when he and other deputies were ambushed by a mentally unstable man known to law enforcement. The bill has the support of the majority of Colorado sheriffs, police chiefs and district attorneys.

"They beg you, they beg the legislators, the Senate to pass this bill," he said.

"I'm done crossing my fingers, and I'm done hoping, and I want to take some steps that matter here," Brauchler said.

Representatives Alec Garnett, a Democrat, and Cole Wist, a Republican, are sponsors of the bill that would allow family or law enforcement to petition a judge for an Extreme Risk Protection Order.

"When someone is in crisis, loved ones and law enforcement are often the first to see signs that they pose a threat. This is critical legislation that will save the lives of both law enforcement and members of our community," said Garnett. 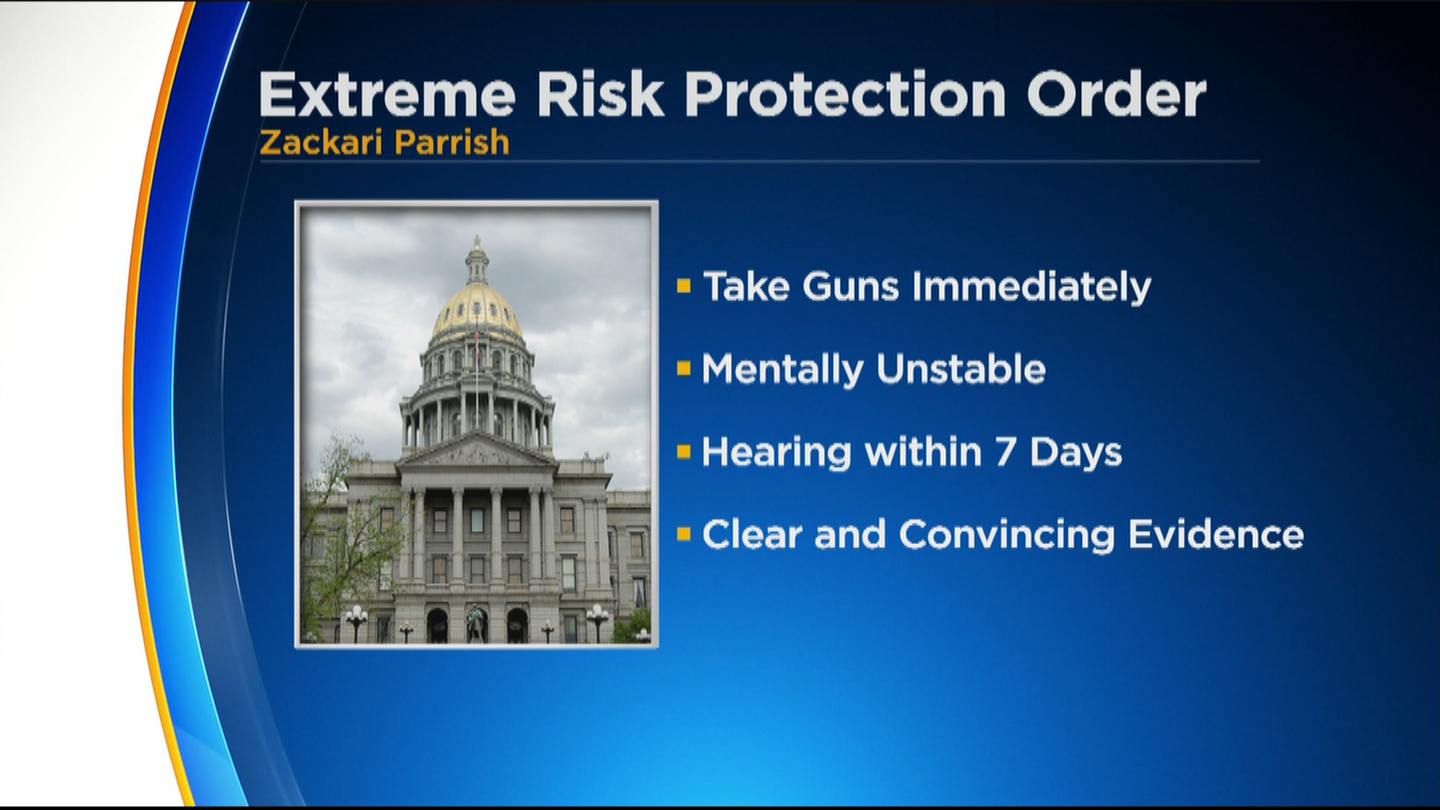 The new type of protection order would allow law enforcement to immediately take someone's guns if they are mentally unstable. The judge would then hold a hearing within seven days. If there is clear and convincing evidence that the person poses a danger, their weapons could be held for another 183 days. If not, they would get their weapons back.

"These crimes happen because we have guns in the wrong hands at wrong time," said Wist.

Unlike mental health holds, the person would not have to post an "imminent" danger.

"There a number people who are having mental health crises who are akin to a grenade with the pin teetering in that hole. Now, we're either going to wait for the pin to fall out or push the pin back in," said Brauchler.

"All of a sudden you've got to lawyer up as a citizen just to protect yourself. Do I think this will be abused? Absolutely. Is there are compromise in there? Maybe."

Brauchler says he too is worried about abuse but says the status quo isn't acceptable.

"I'm skeptical of giving the government authority like this, but skepticism is not a justification for inaction," Brauchler said.

Supporters point out that the procedure laid out in the bill - act first, hold a hearing later - is the same used when removing a kid from a home or conducting a wire tap.

"This is about time," said Boulder County Sheriff Joe Pelle. His son, Douglas County Deputy Jeff Pelle, was injured by the same gunman who killed Parrish.

"Everyone in law enforcement and everyone in his family knew he shouldn't have guns," said Pelle. Jeff went back to work on the same day the bill was introduced.

It's fate will depend on the Republican-controlled Senate. Eight other states have similar laws including conservative Indiana where the law has been in place for 12 years and has been used just 46 times.