SALIDA, Colo. (CBS4) - The Arkansas River near Salida will welcome thousands of spectators and competitors this weekend to FIBArk (First in Boating on the Arkansas River). Many crowd favorite events, however, have already been scrapped due to rising waters. 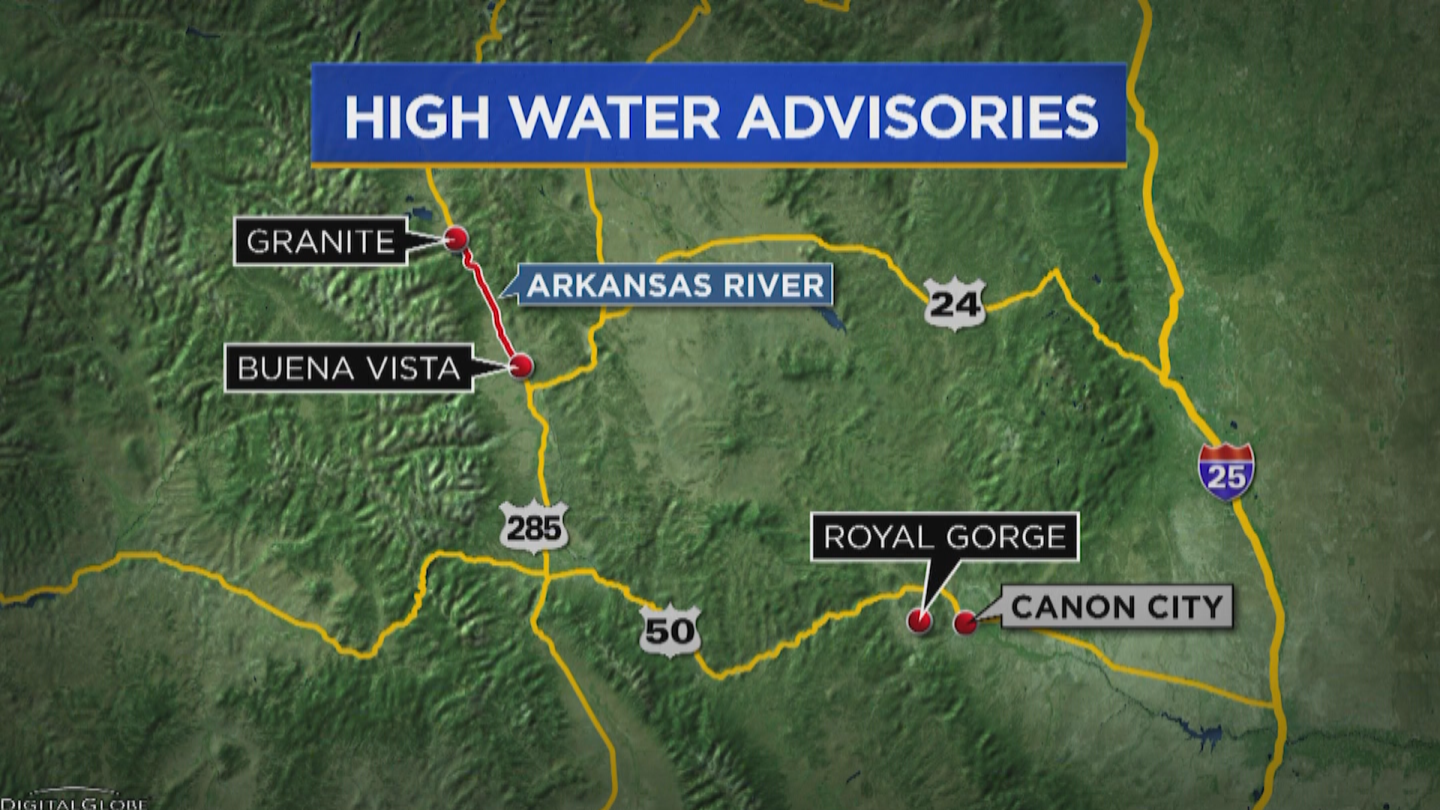 The cubic feet per second reading on the Arkansas on Monday in Salida was measured over 4,000 sending water close to the top of the historic concrete bridge on F Street in downtown. This isn't even peak runoff flow yet.

"Kind of scary for sure, once the excitement overcomes the fear of death you can only have fun from there," river surfer Maya Vallevona told CBS4 Tuesday.

FIBArk announced the list of canceled events which includes the Hooligan Race, the Stand Up Paddle board event on Friday, the SUP Cross on Saturday, and the Crazy River Dog Contest on Sunday -- all canceled because of unsafe conditions.

"You can see there's barely enough room for both together that bridge. It's just not safe to run some of these events," Shaun Matusewicz, FIBArk Event Director said.

Officials issued a high-water advisory for three sections of the Arkansas River: The Royal Gorge, Pine Creek and The Numbers.

Other calmer sections remain open to boating for now.

Adding to the concern is a good chance for rain returning to the area starting Thursday and continuing through Father's Day weekend, according to CBS4 meteorologist Ashton Altieri. Numerous thunderstorms are expected to produce periods of locally heavy rainfall which could quickly raise water levels even higher.

While some of the big events are cancelled, organizers say there will still be plenty of free music and events on dry land if you are coming out this weekend.