FORT MORGAN, Colo. (CBS4) - The Colorado Bureau of Investigation says a previous Medina Alert is now cancelled after they found a vehicle involved in a fatal hit-and-run crash. The crime happened at 1:54 a.m. Monday in the eastbound lanes of Interstate 76 just west of Fort Morgan. 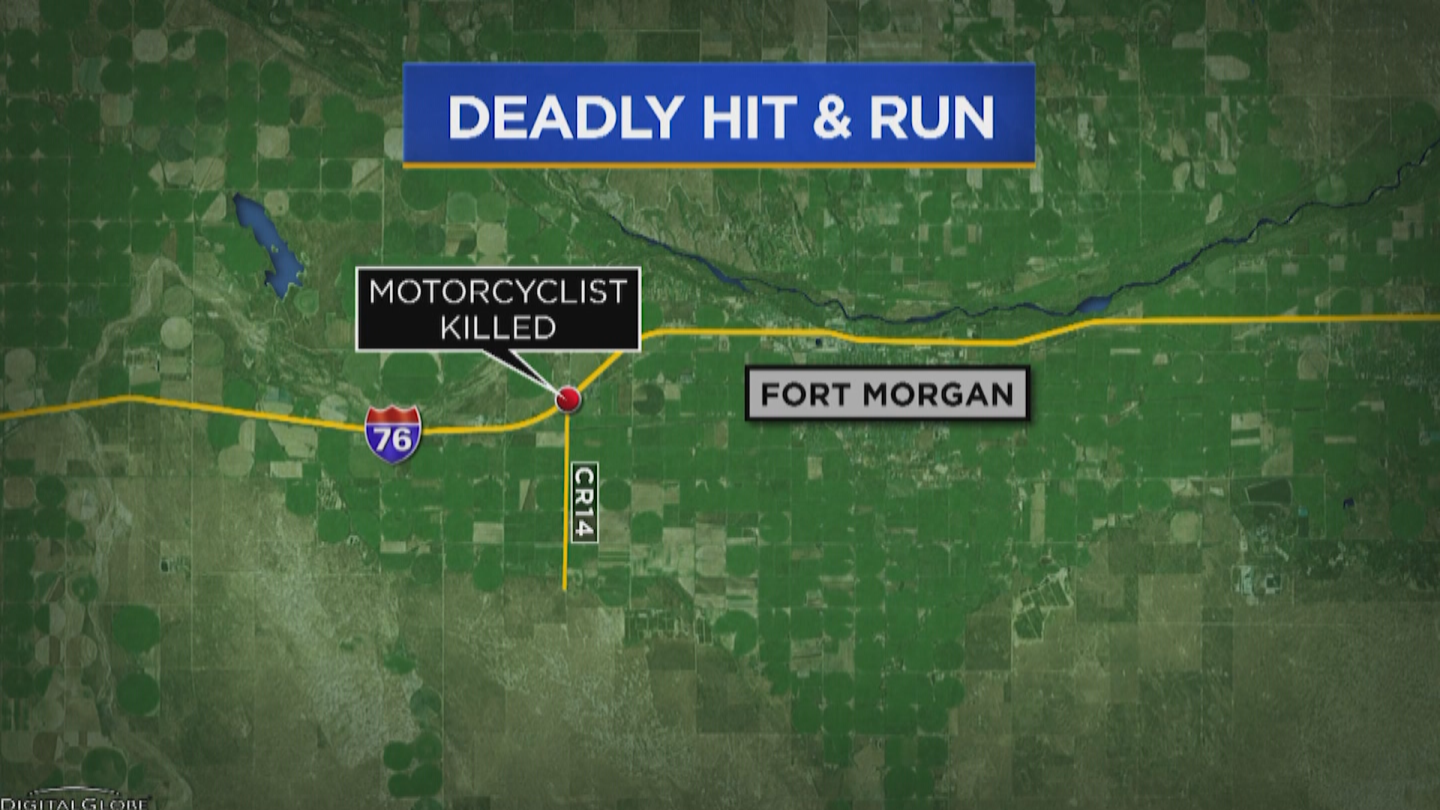 The vehicle which was driven by the suspect struck a motorcycle and killed the 62-year-old male rider, according to Colorado State Patrol. The motorcycle had collided with a deer before the fatal collision.

Authorities have not said if they caught the driver.

The possible suspect is described as a male, possibly white or Hispanic, 40-50 years old, 5-foot-3 to 5-foot-6, with a slightly heavy build.

Police said they aren't sure if the car hit the deer carcass.