DENVER (CBS4) - The weekly U.S. Drought Monitor report released Thursday morning showed drought conditions continue to expand in Colorado. One of the biggest changes from the report last week was an upgrade from severe to extreme drought across much of metro Denver, the Front Range and the northeast plains.

Pockets of extreme drought are also being detected in the San Luis Valley, on the extreme southeast plains of Baca County and on portions of the western slope. The entire state of Colorado is currently in some stage of drought. 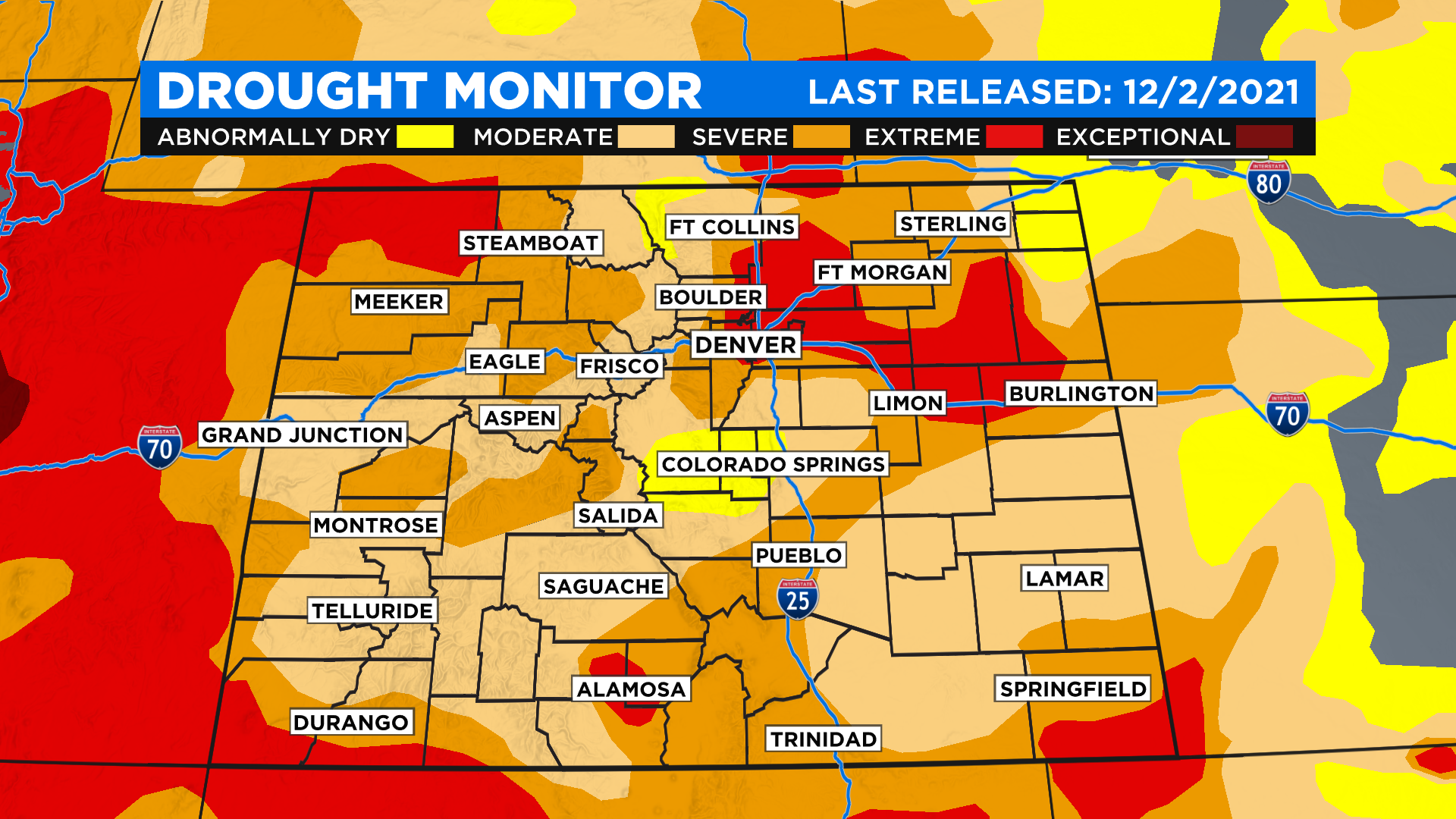 The first storm in several weeks will approach the state sometime on Monday and it should bring a chance for snow back into the mountains. Depending on the track we could even see some rain or snow showers in Denver and across the lower elevations by Tuesday.

In addition to the chance for some moisture it looks like temperatures will turn much colder. Instead of running as much as 30 degrees above normal in some places we will see afternoon highs by Tuesday either near or slightly below where they should be for this time of the year.