DENVER (CBS4) - The weekly report from the U.S. Drought Monitor was released Thursday morning and it showed extreme drought conditions continue to expand across Colorado. Last week 25.49% of the state was in D3 (extreme drought) and that number jumped to 32.96% this week.

According to the U.S. Drought Monitor the following conditions are typically noted when D3 drought is present... 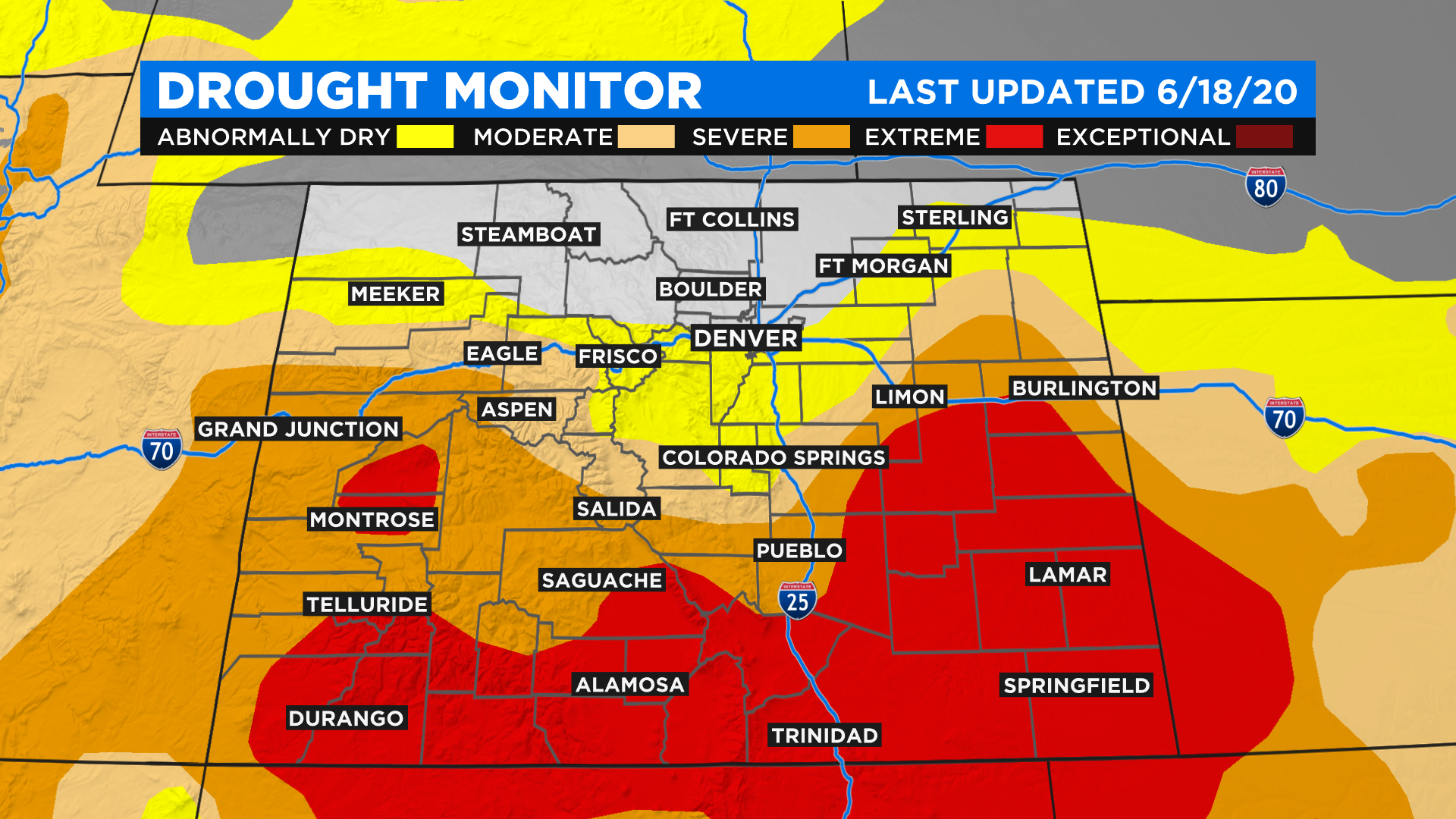 Interstate 70 seems to be the dividing line in Colorado as far as drought conditions go. Most areas to the north are considered normal while all areas to the south are abnormally to exceptionally dry.

So far this month the first half of June has been dominated by dry conditions with above normal temperatures across Colorado. In Denver the temperature reached 90 degrees or higher on 12 of the first 17 days. Widespread 100s have been recorded several times in the Arkansas River Valley on the southeast plains. 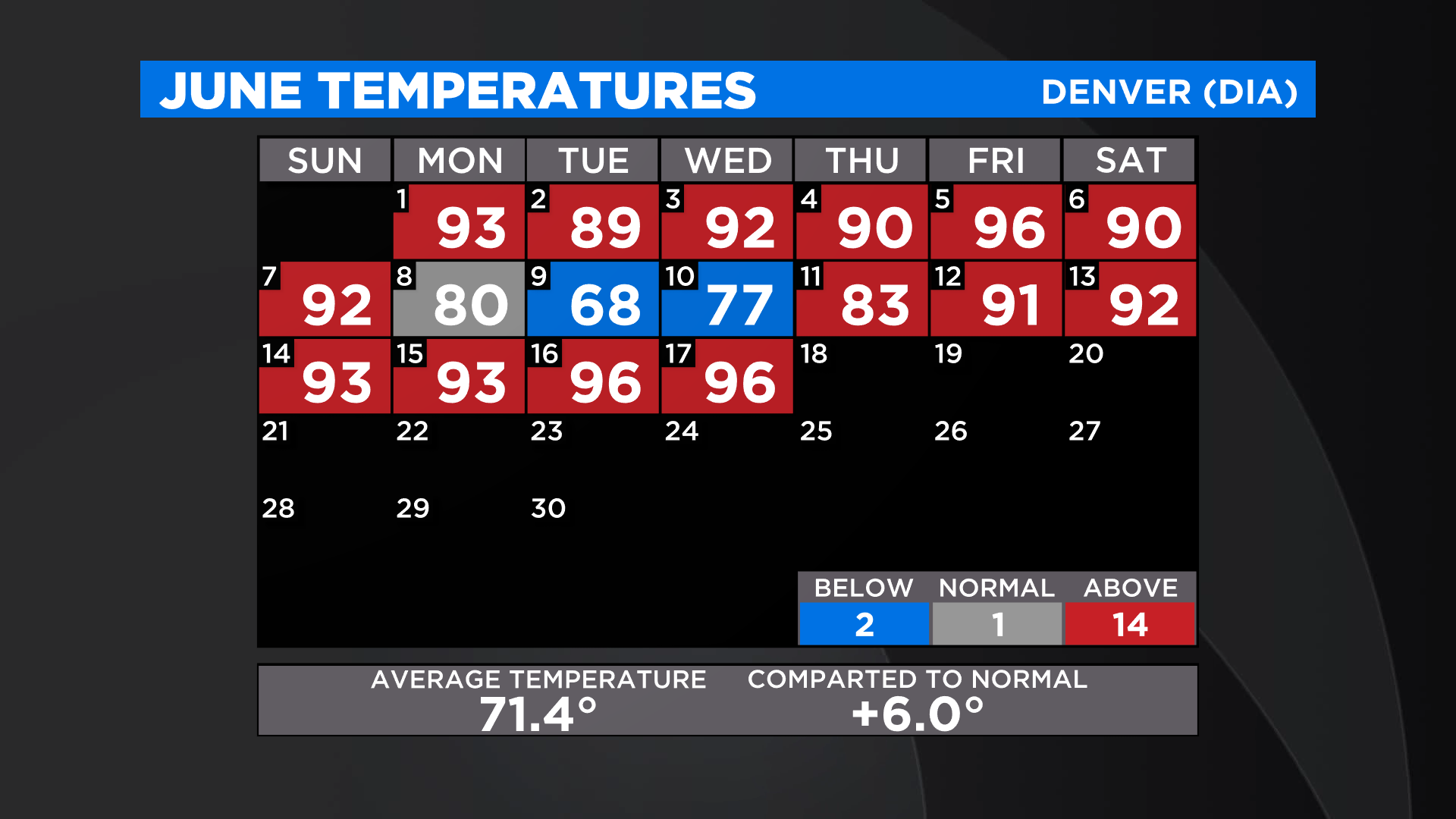 A trough of low pressure moving through the Rockies will bring a brief break in the heat along with a chance for rain to many areas Thursday night and Friday. Unfortunately the rain won't be as widespread as we'd like but we will take anything we can get from Mother Nature at this point. 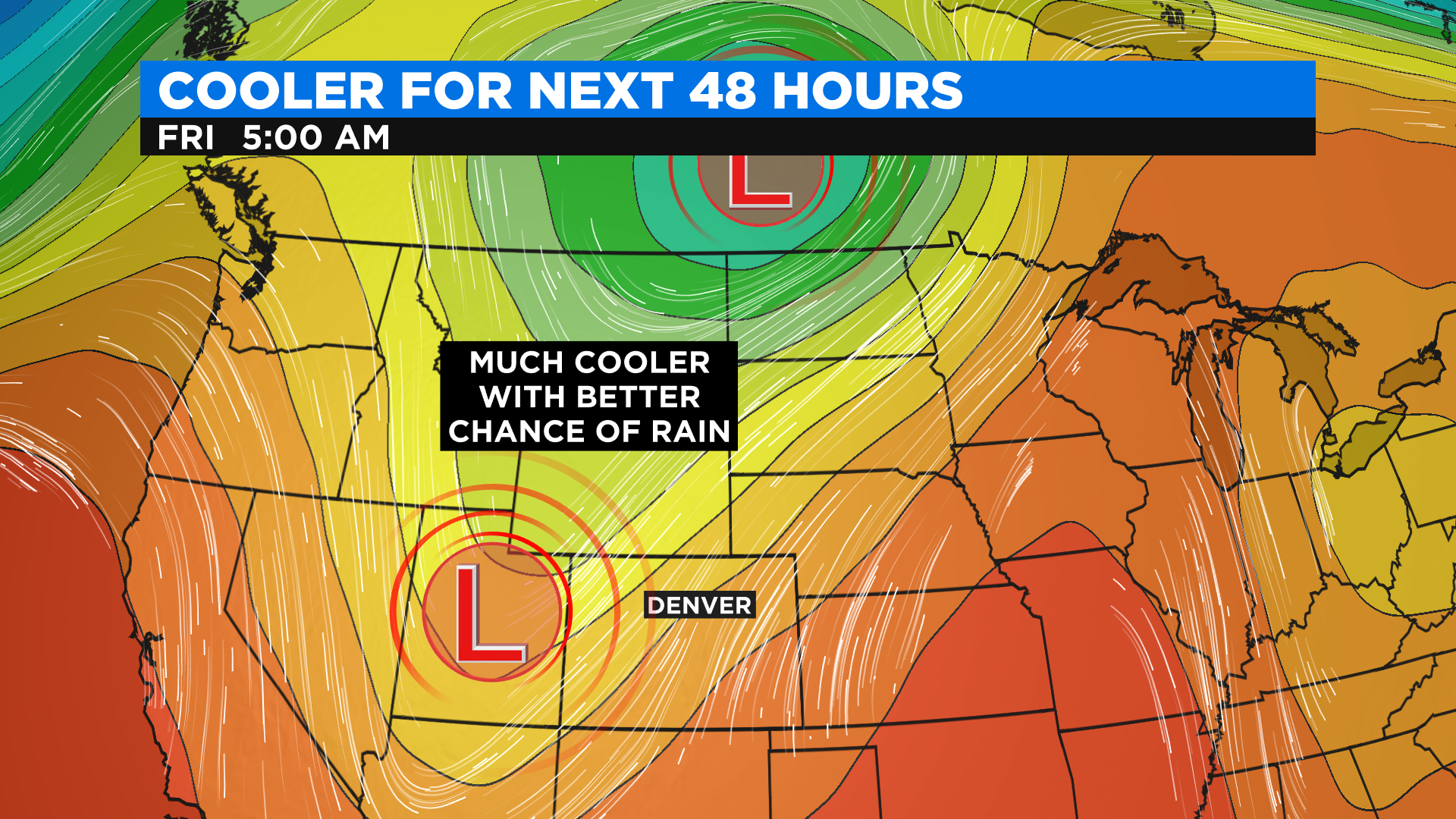 Looking ahead the months of July and August are known for being wet in Colorado as moisture from the North American Monsoon moves into the state. Cross your fingers that it shows up this year because if it doesn't things could potentially get much worse.