DENVER (CBS4) - The United Nations released their sixth Intergovernmental Panel on Climate Change Monday, written by more than 230 leading scientists from around the world. It's the first update from the group since 2013.

The new report confidently blames humans for our warming world and warns that a continued warming will lead to more and more extreme and unprecedented weather. You can access the report by clicking here.

Colorado is known to the world for having extreme weather. But even by our standards, the weather of late has become really extreme. And the variety of extremes runs the gamut, ranging from floods and fires, to record heat and cold, just like the IPCC reports describes.

If you sit down and make a list of extreme weather in Colorado, just since the summer of 2020, you might need more than one sheet of paper. It's really amazing to stop and think about all that has happened. 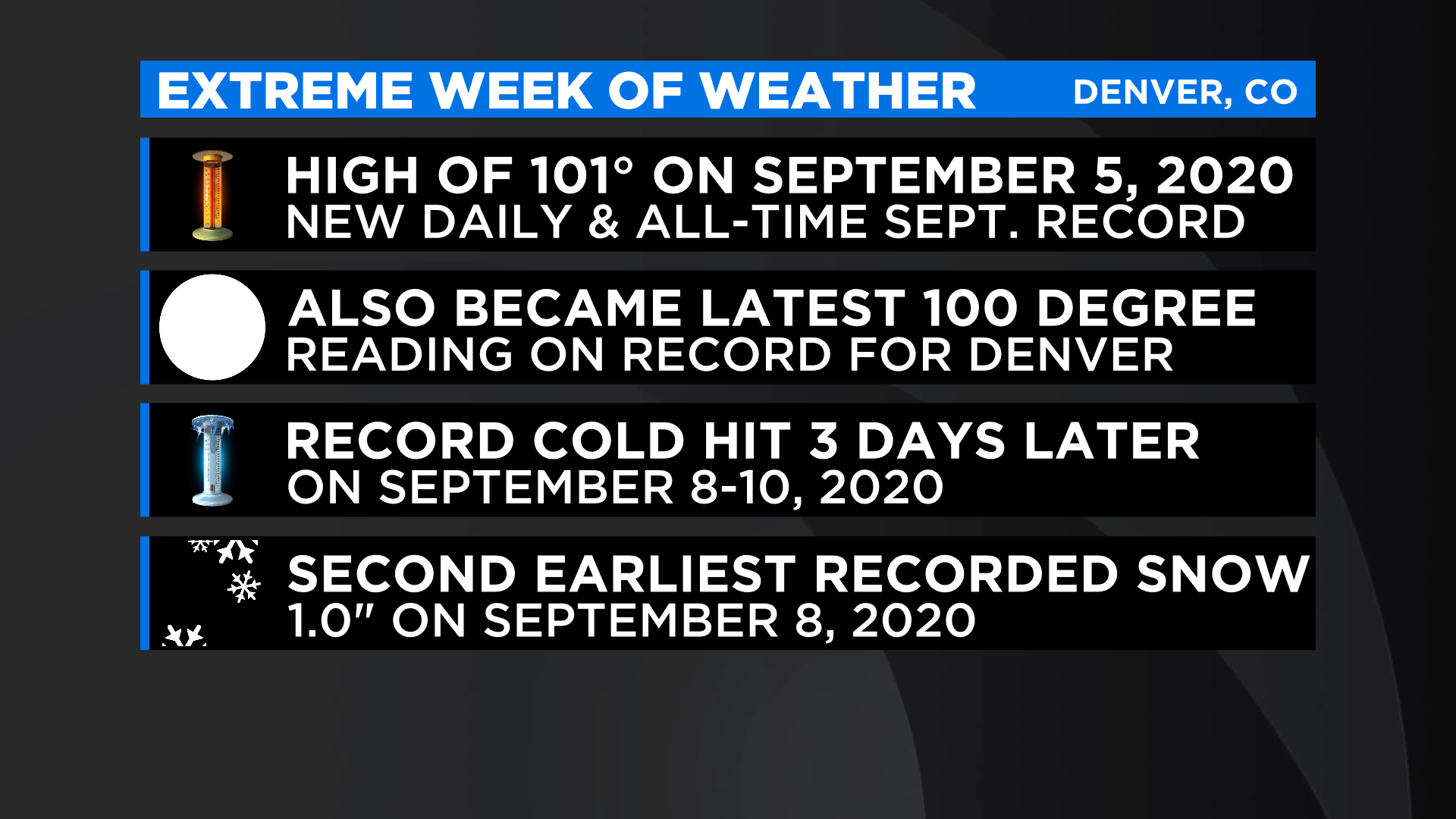 It's hard to forget the headlines from last September saying that Colorado would experience everything from record highs to record cold and snow within a matter of three days. Talk about an extreme swing of the ole weather pendulum!

In Denver, the temperature hit 101 degrees on Sept. 5 and fell to 31 degrees on the 8th with an inch of snow. It was the second earliest snow on record for the city.

The summer and fall of 2020 produced horrible scenes that will forever be etched in the minds of many who lived through them. For days we watched massive columns of smoke pour across the region, dropping ash and other debris onto homes, cars and yards.

The thick smoke was a result of the three largest wildfires in Colorado's history which all took place in 2020. The Cameron Peak Fire, East Troublesome Fire and Pine Gulch Fire scorched nearly 550,000 acres combined. 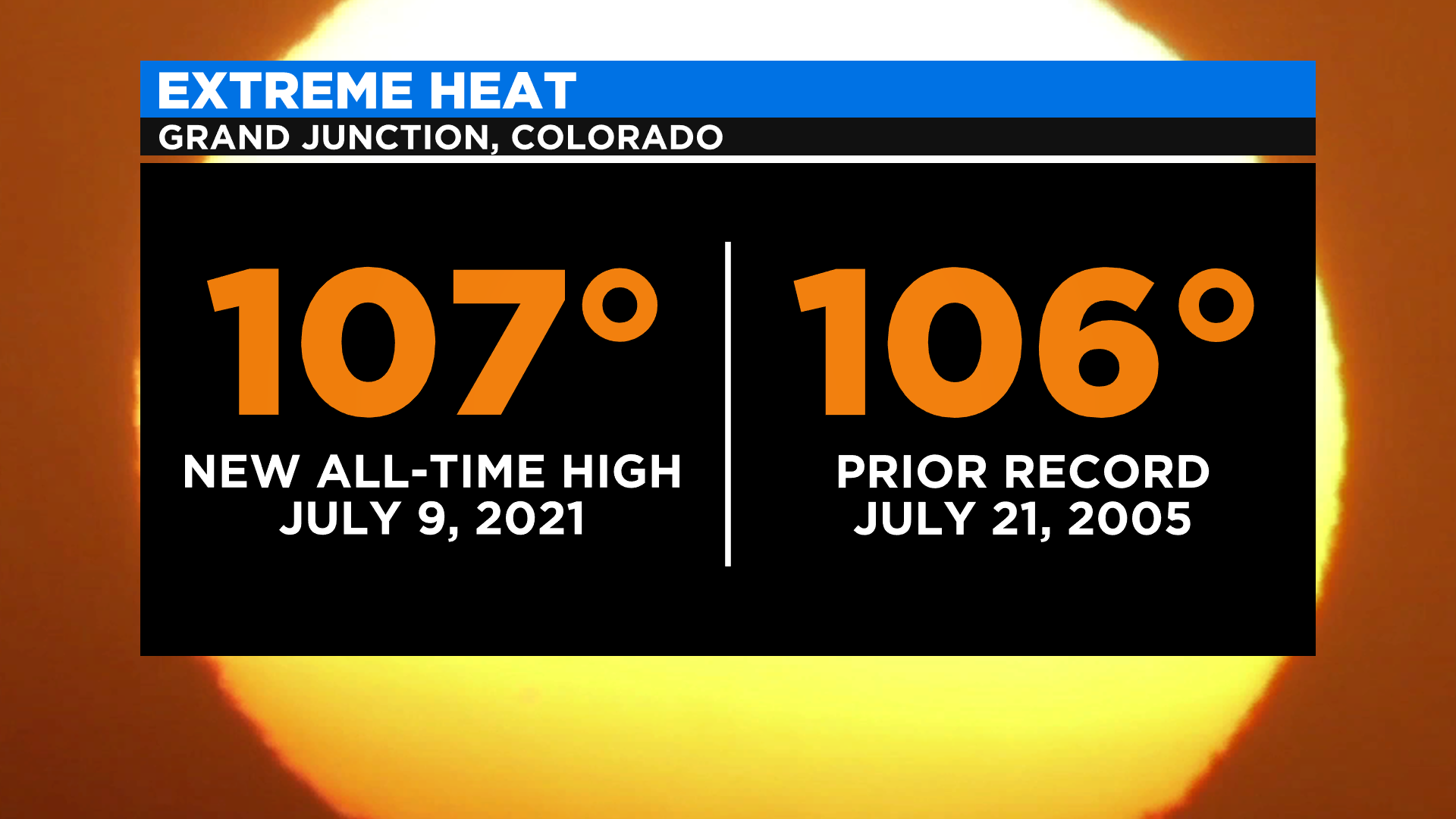 More recently, in July 2021, a heatwave settled across the state and triggered the first excessive heat warning ever issued in Colorado. That warning, and the epicenter of the hot weather, was centered over the Grand Valley, on the western side of the state.

A slew of record highs fell across the Western Slope that week, but one was especially notable, and it took place at the airport in Grand Junction, when the high hit 107 degrees on July 9. That temperature set a new all-time high for the entire climate record. 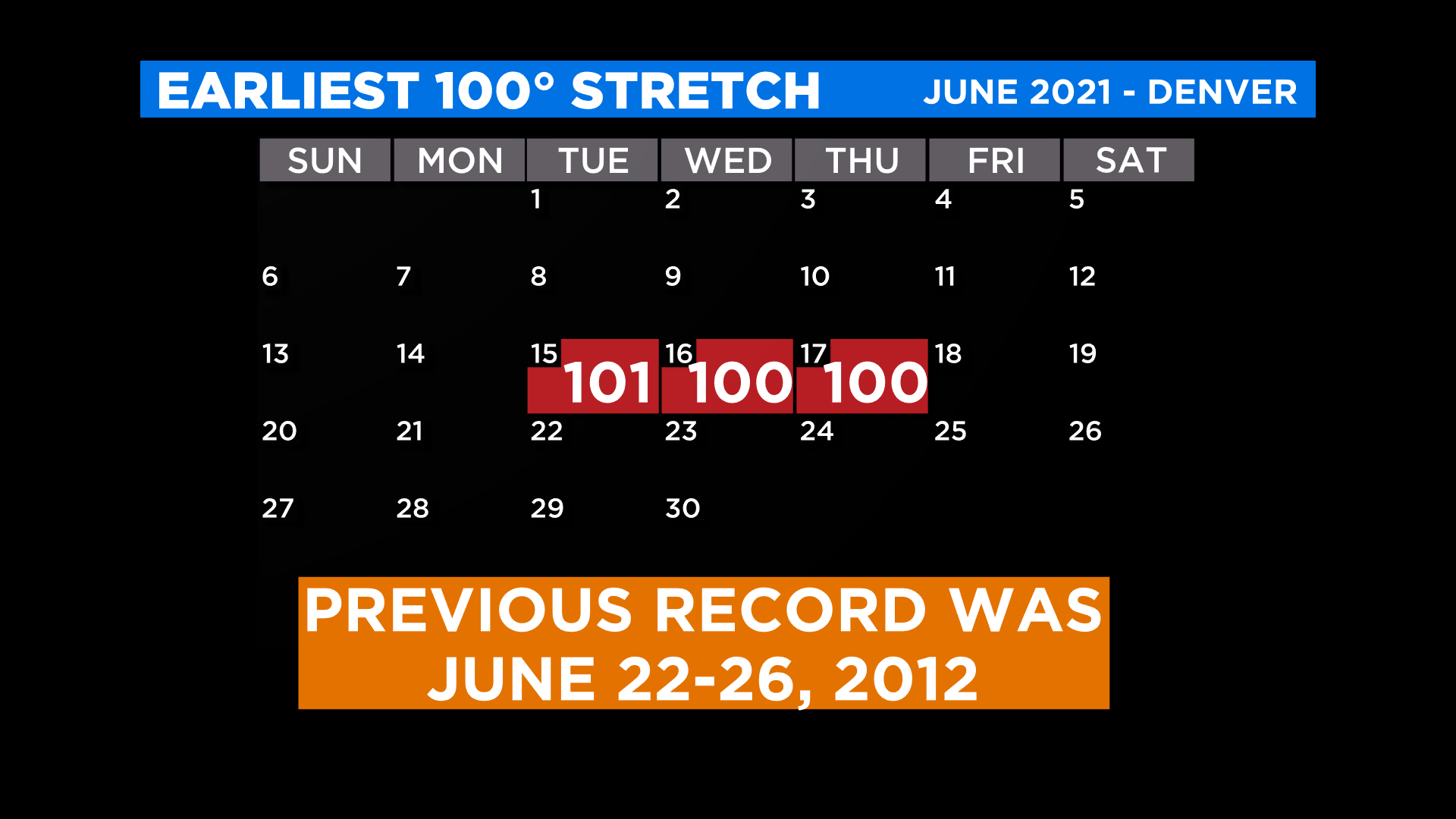 Just a few weeks before that we saw a string of 100 degree days in Denver during the middle of June. It made everyone call, write, tweet or text, asking if this was a sign of how the summer would be. Thankfully the streak only lasted three days, but it was the earliest on record, beating the previous occurrence by a week.

The four weather events discussed in this article make up a short list of extreme weather since the summer of 2020. We could add so much more to it, including the flooding and mudslides in Larimer County and Garfield County, as heavy monsoon rainstorms hit the state in July.