A string of wet days in California may mean heavy mountain snow for Colorado later this week.

El Niño conditions remain at a historic level in the Pacific Ocean. The only other El Niño episode of similar strength and duration within the past 20 years happened during the 1997/1998 winter season. Sea surface temperatures continue their warmer-than-normal trend along the equator—that means the storm track favors the southwestern U.S. as we move deeper into winter. 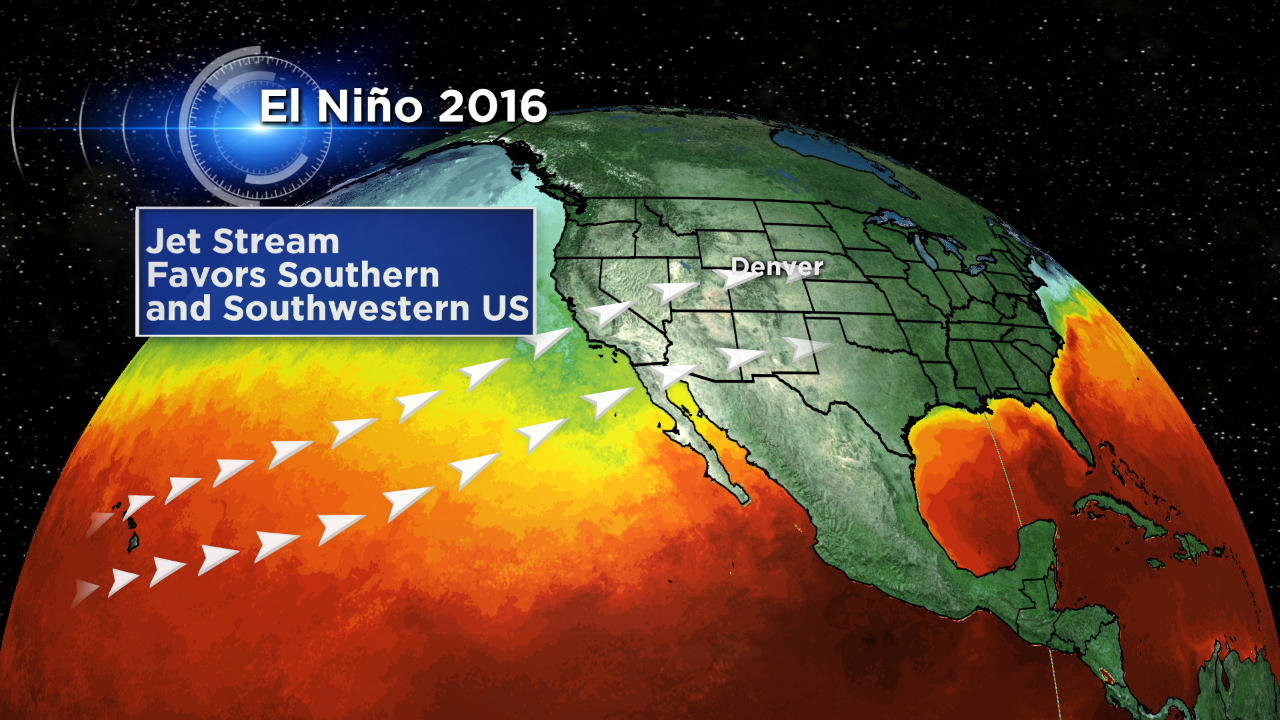 Our mountains tend to benefit during El Niño years -- especially the Elk and San Juan Ranges in southern Colorado.

So far this season, Wolf Creek Ski Area has recorded 253" of snow. That's more than half of what Wolf Creek averages in an entire winter.

Given the location of this week's low pressure system, the San Juan Mountains are expecting the best exposure to the wind and moisture flow. 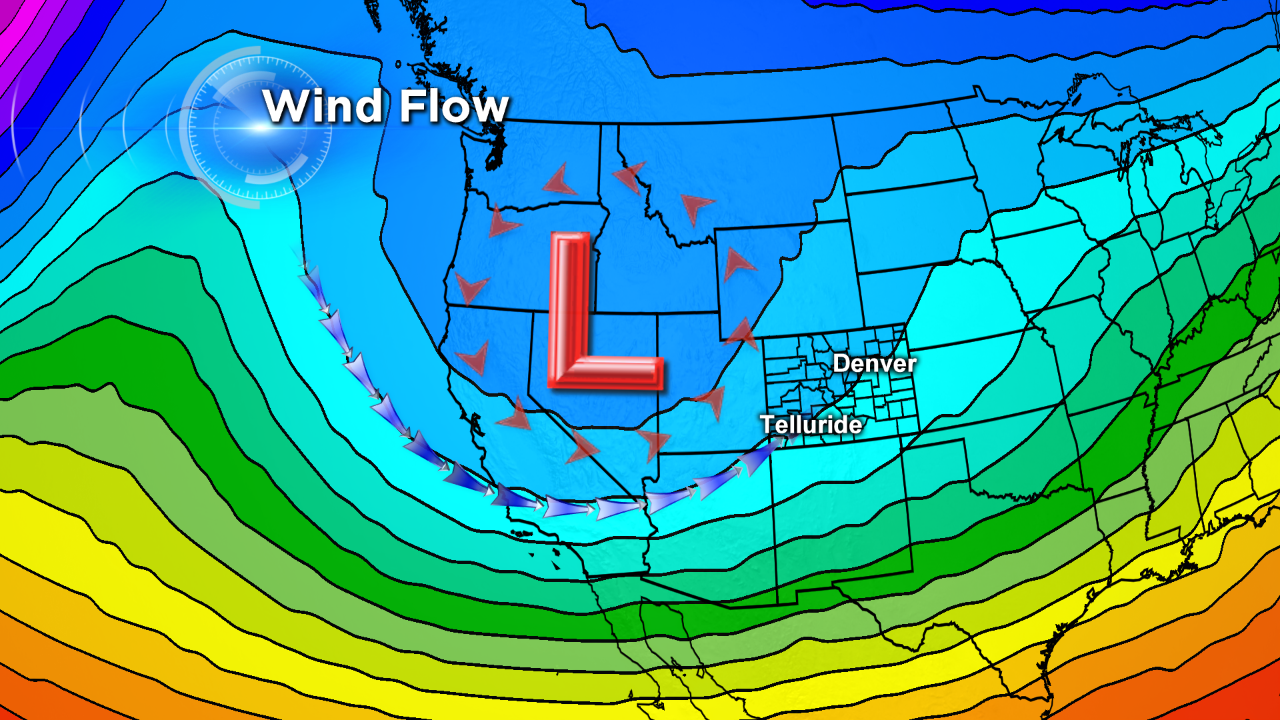 When the winds at 10,000–15,000 feet blow in from the southwest, like this week, the San Juan Range typically catches most of the snowfall. Their northwest to southeast axis causes the most "forcing", or uplift, in the atmosphere, so they'll likely be in the bullseye between now and Saturday. 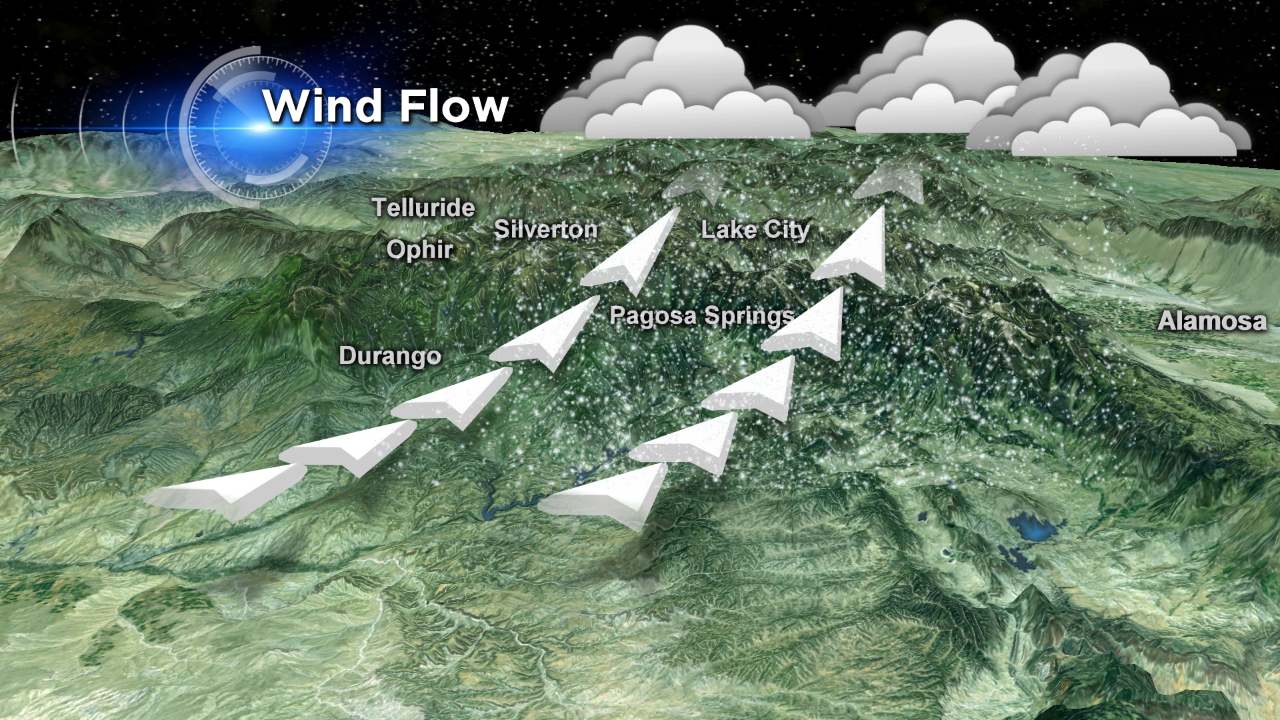 All of the high country is expecting accumulating snow out of this week's system, but odds are that the mountains south of I-70 will end up with the most. 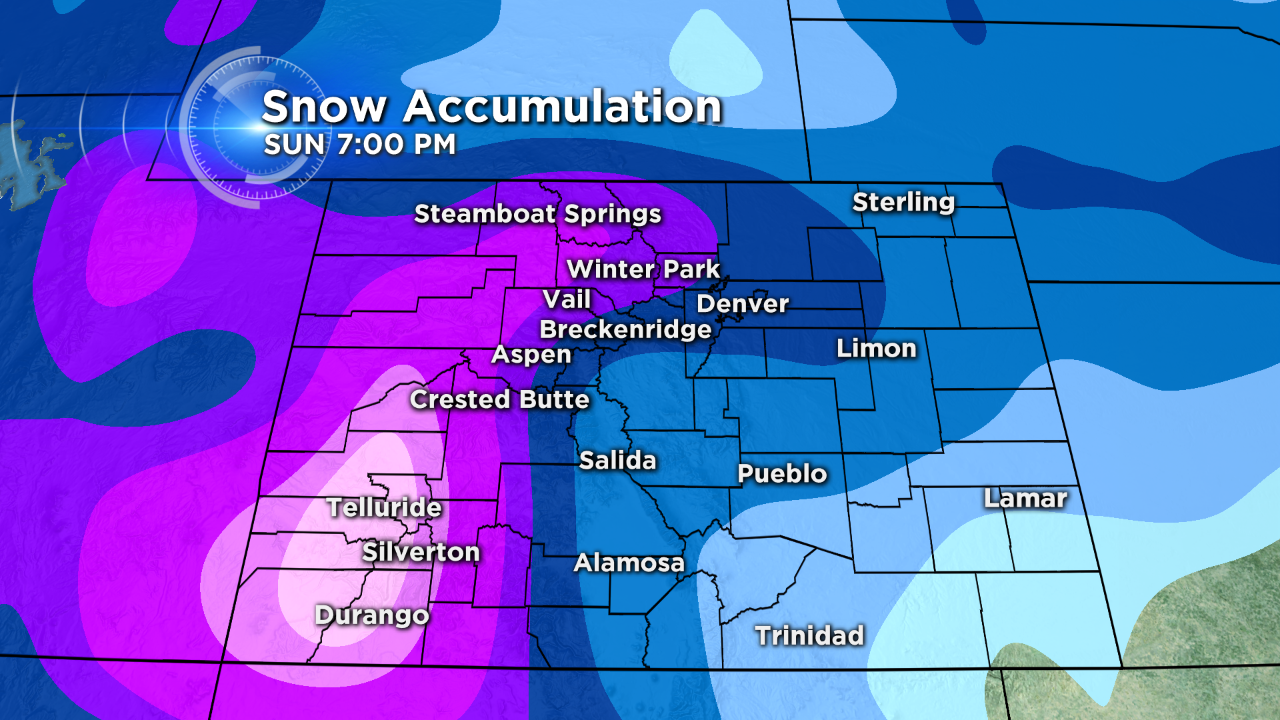 As for Denver, we're far away from the best atmospheric dynamics to produce heavy snow.

The European model is the most ambitious for accumulations so far. It's forecasting up to 5" for the central metro area.

Lots to be worked out yet, but the cold temps are a guarantee by Thursday. We'll have to wait a few days for accurate snow projections.