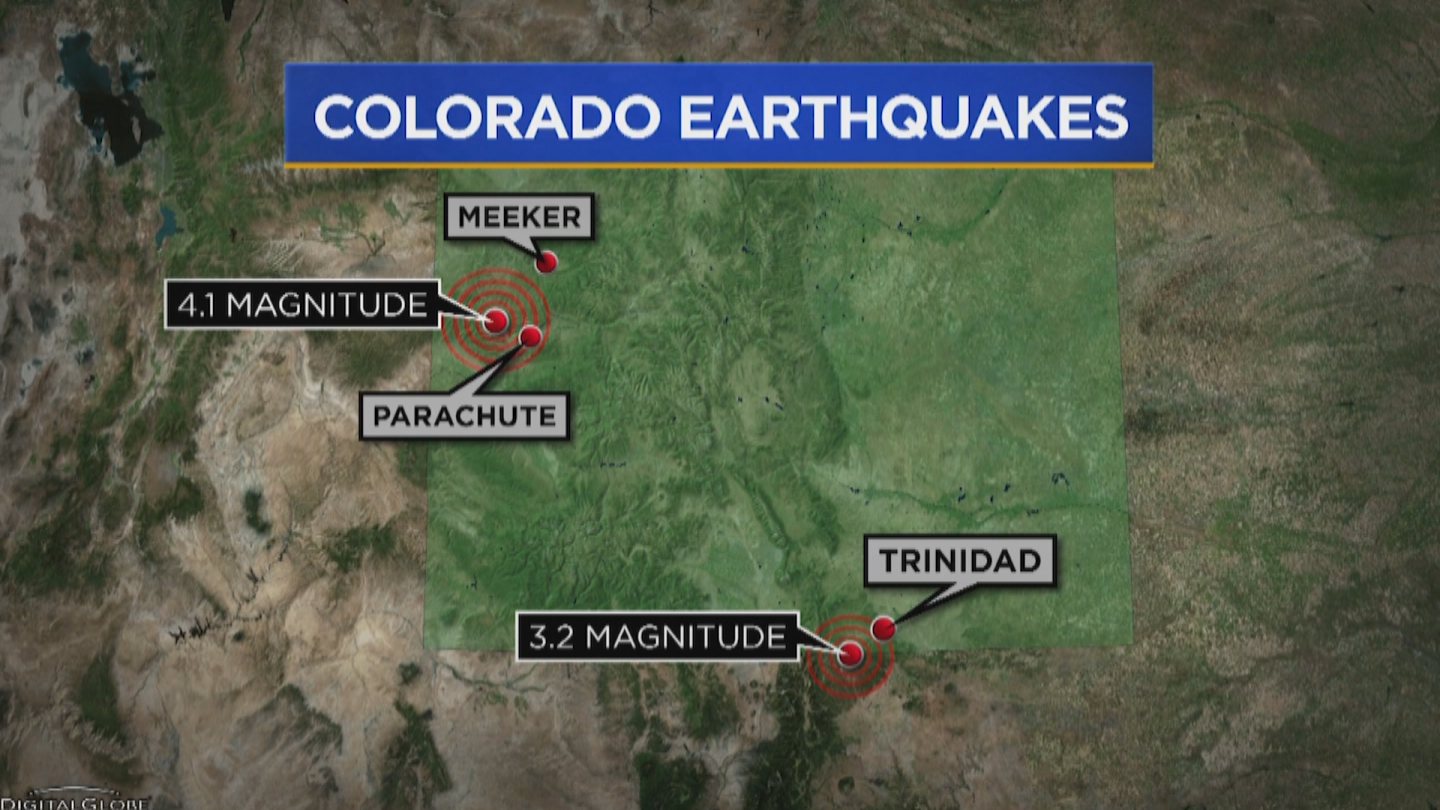 "Well, I was sleeping. And then I woke up I thought it was thunder but I woke up to a loud noise," said Rachel Opstein who lives in Rifle.

"I felt the house shaking and I thought it was thunder at first. I thought I was dreaming, but I wasn't. And my son came in our bedroom and said Mom I think a car hit our building."

In the early morning, armed with limited information, they tried to figure out exactly what was going on.

"We thought maybe someone was intruding in our home so we brought our guns out, and we started searching our house for it."

Within 30 minutes, the United State Geological Survey (USGS) would confirm that what Rachel and thousands of others were feeling was an earthquake.

"Typically earthquakes of this size will have moderate shaking where people will definitely feel it, but it won't cause damage," said William Yeck PhD., a geophysicist with USGS.

People would report feeling the earthquake which was centered northwest of Parachute, as far east as Gypsum and as far west as Fruita, including Rifle.

"It's like when thunder hits your home but it was a little stronger than that. Our birds, they were actually flying around and chirping and just going nuts."

Yeck says that although injection site activity was to blame for the recent Greeley earthquakes as well as some strong earthquakes in the 60s and 70s in Denver at the Rocky Mountain Arsenal, it will be months before we know whether or not it was the cause of this earthquake.

Joel Hillan anchors CBS4 This Morning on weekends as well as reports stories for CBS4 News at 5 and 6 p.m. Follow Joel on Twitter @joelhillan.