DENVER (CBS4) - The percentage of Colorado still experiencing drought conditions decreased even more this week. The combination of much higher than normal snowpack in the mountains and occasional rain at lower elevations has helped to almost eliminate drought in the Centennial State.

The National Drought Mitigation Center has decreased the percentage of Colorado under abnormally dry conditions (the precursor to drought) to just 22%. Meanwhile the percentage of the state under drought remains at 5%. 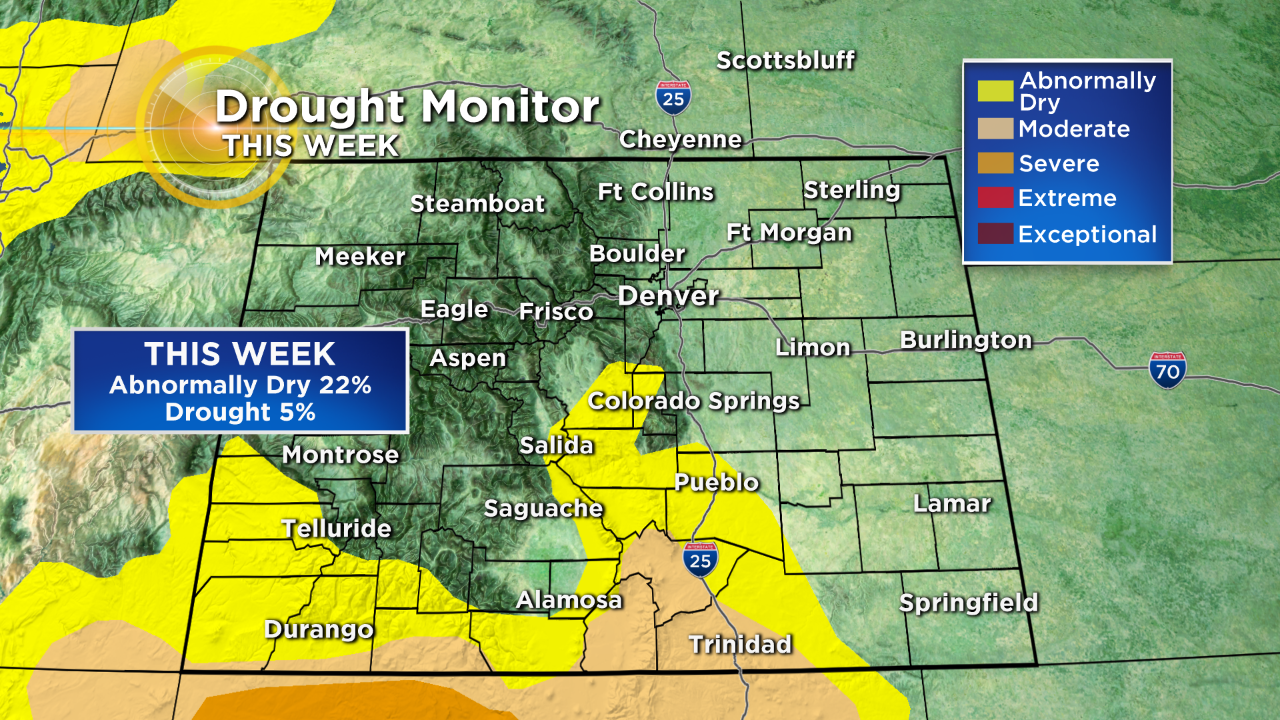 Just a week ago 25% of Colorado was considered abnormally dry so we have seen a 3% improvement in just the last week. 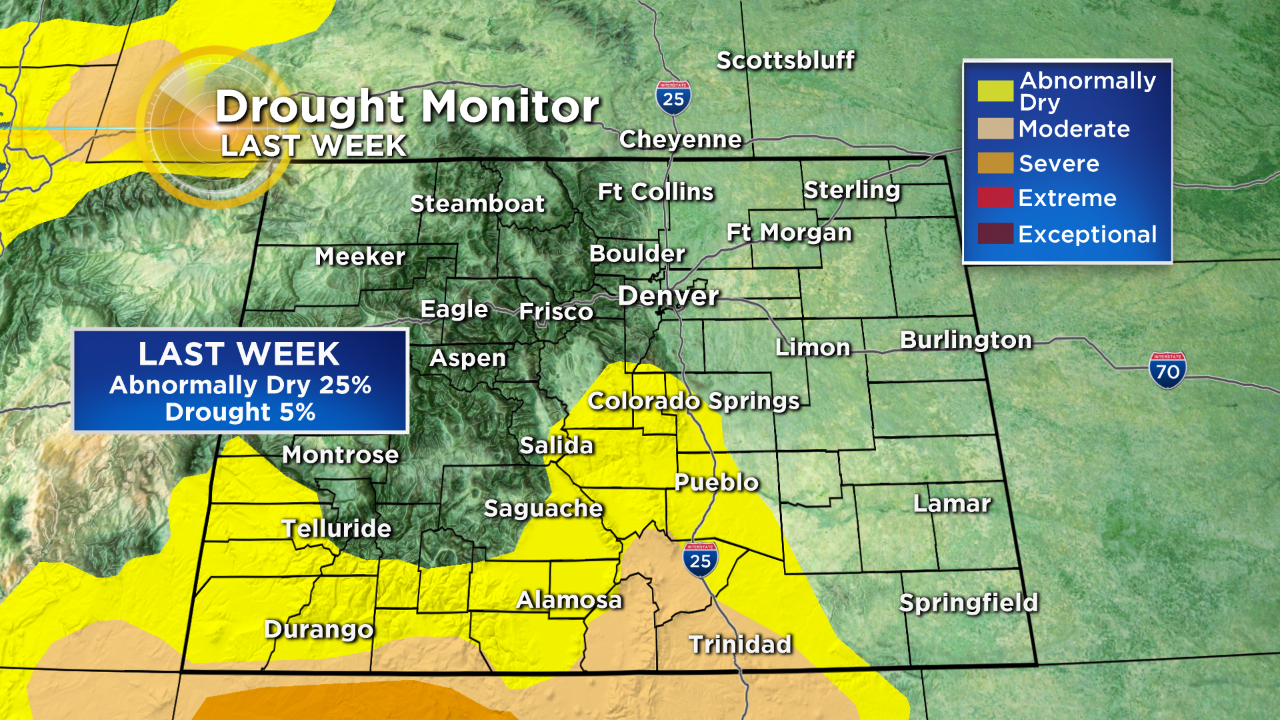 And our current drought picture is stunningly different compared to a year ago. In April 2018, 90% of Colorado was considered abnormally dry and 74% of the state was under some stage of drought including "exceptional" drought in portions of the San Juan and Sangre de Cristo Mountains in southern Colorado. 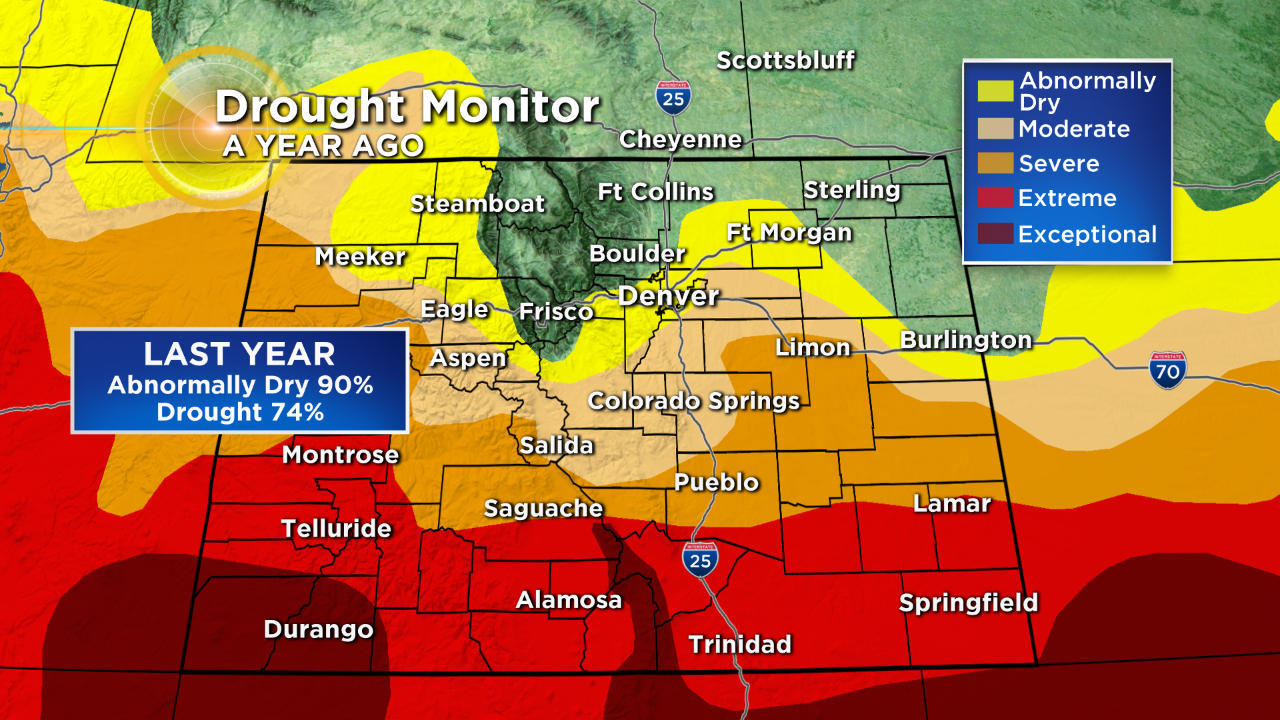