Multiple law enforcement agencies, the FBI, United States Air Force and the FAA ended the meeting with no explanation of what the objects hovering over vast properties really are. 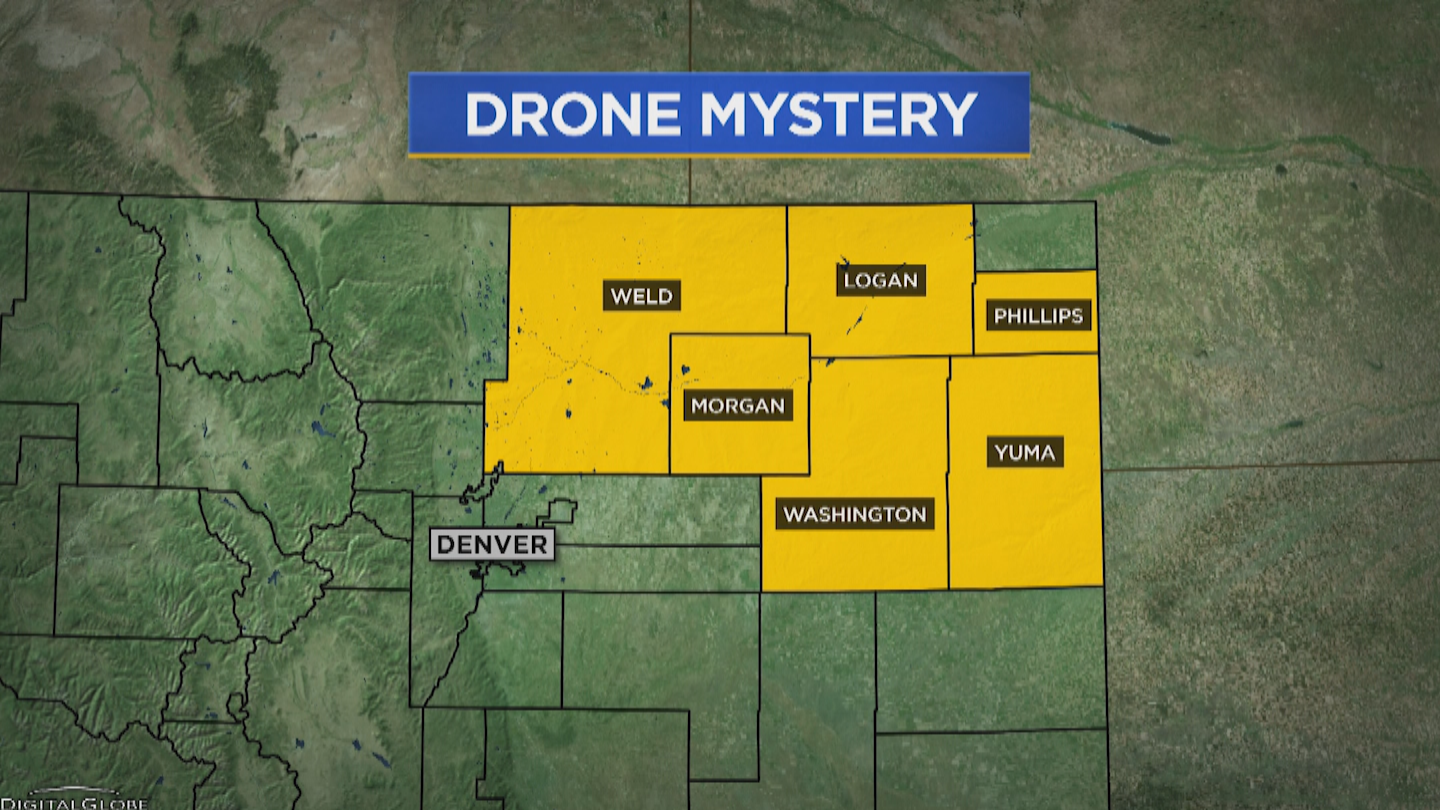 Additionally on the minds of thousands of Coloradans - who is operating these objects? And why?

The FAA says multiple divisions are working on determining those answers.

So far, the agency says they have:

The Morgan County Sheriff's Office is leading a newly-developed task force on the matter.

"It will be an investigative body that will discuss the details," said Morgan County Sheriff Dave Martin.

The Phillips County Sheriff's Office offered some new and curious information saying the task force is looking for "the command vehicle. We are looking for a closed box trailer with antennas or a large van that does not belong in the area."

It appears no laws are being broken, sheriff's officials say. Drone pilots are not required to file flight plans - much like planes or helicopters - unless they are in controlled airspace.

Shannon Munday is a pastor at a local church where he has seen them fly by in what appears to be a pattern.

"It doesn't make me afraid. Kind of upsets me and makes me a little angry and somebody has to own up and tell us what it," he said.

Drone enthusiast and salesman Kerry Garrison says drones can fly at night with permission. He wants to make sure those watching can spot the difference between drones and celestial bodies.

Officials say if you see a drone, do not shoot at it. It's illegal and can cause a fire.

CBS4 reached out to several agencies and companies to ask if they were involved in any way. Each of the following have denied any drone activity on the Eastern Plains. If any other agencies respond to our request, they will be added.

Warren Air Force Base in Wyoming