At each of the dispensaries a CBS4 undercover crew visited, workers advised CBS4's secret shopper to take more than the 10mg dose of THC recommended on the label.

The Denver Police Department is currently investigating two recent deaths to determine what role, if any, edible marijuana may have played in an apparent suicide and a murder. In both cases the people who ate marijuana edibles began exhibiting bizarre behavior. 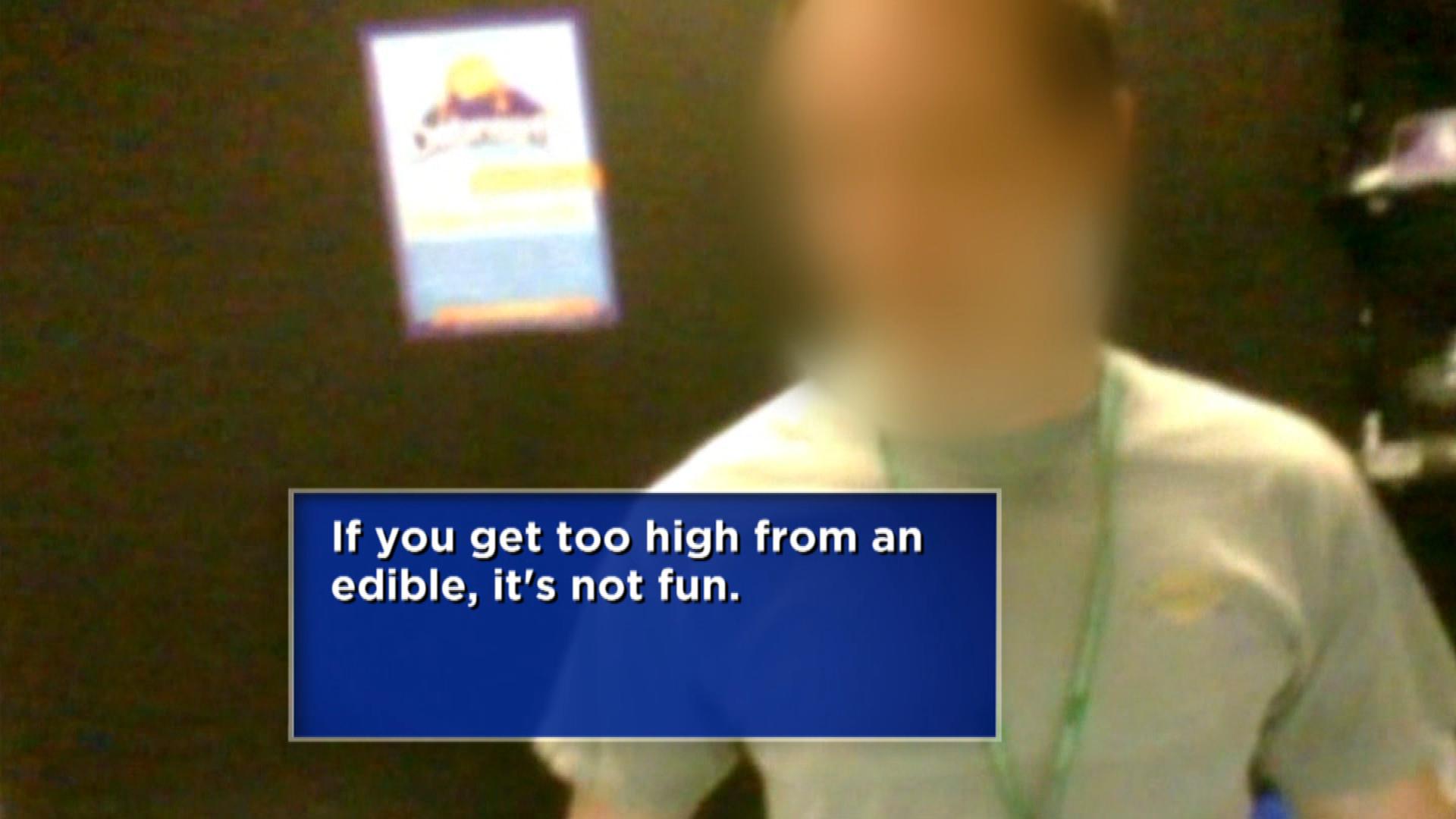 At the Wellspring dispensary, CBS4's shopper purchased an oatmeal butterscotch cookie containing 100mg of THC, the psychoactive ingredient in marijuana. The standard dose is 1/10th of a cookie (10mg), but the person behind the counter suggested taking five times that amount.

"For me, 50mg works. So maybe try half the cookie? And then wait 45 minutes and try another half of a half?"

CBS4's shopper was also told that the marijuana has a much stronger effect if taken on an empty stomach.

At The Grove dispensary, CBS4's shopper purchased an Incredible's Mint Chocolate Bar with 100mg of THC. As required, the label on the candy bar states 10 mg's per serving, but the salesperson suggested a much larger dose.

The salesperson suggested a quarter or third of the bar is okay, but added "please don't eat the whole thing."

"At this point it's buyer beware," she said.

Ghosh says dispensaries should not be recommending more than 10mg of THC.

"I am concerned and would like the public to know to be careful," said Ghosh.

At each stop CBS4's shopper was instructed to wait for at least 45 minutes before ingesting more.

The advice seems sound after the March 11 death of a Wyoming college student. Levy Thamba Pongi, 19, died after jumping from the fourth floor of a Denver hotel after eating a marijuana laced cookie. The Denver coroner lists marijuana intoxication as a "significant contributing factor" in the death. (Story Archive)

According to police reports, Pongi was instructed to eat just 10mg of the cookie, but then ate significantly more when he did not immediately feel the effects.

Ghosh says the delayed effect of edible marijuana can be tricky for inexperienced consumers.

"Somebody may take a bite of cookie and feel nothing, then take another and another," she said.

"People might not be aware that one bite may be a dose, as opposed to entire cookie," she said.

GOOD QUESTION: Are Effects Of Pot Different When Its Eaten, Not Smoked?

CBS4's secret shopper made a third stop at MMJ America and purchased a brownie dosed with 100 mgs of THC. There the salesperson suggested two-and-a-half times the recommended amount to start. She then said some people take up to half the brownie, or five times the standard amount.

CBS4's shopper asked "What happens if I ate the whole bar?"

"You are probably going to pass out. You are going to ruin your high. You won't remember anything and you are going to wake up spacey the next morning," she said.

CBS4 contacted each of the dispensaries after the undercover visits were made. The owner of MMJ America defended his employee's suggestion to use more than the recommended amounts.

He said, "How much to take all depends on your tolerance level … just like alcohol."