Several factors contribute to that distinction, including the size of the airport, wildlife patterns the number of flights and vigilant reporting of the strikes. That's according to Kendra Cross, a wildlife biologist with the U.S. Department of Agriculture.

Other airports are testing out bird -- or avian -- radar and CBS4 investigator Rick Sallinger wanted to know why DIA doesn't have it.

When it comes to bird strikes, the most reknowned example was the so called, "Miracle on the Hudson."

On board that frightening 2009 U.S. Airways flight were Karin and Chris Rooney of Colorado Springs. The water rose to their chests as they were rescued from the wing.

Chris Rooney recently spoke of his reaction upon learning Canadian geese caused his plane to go down.

CBS4 traveled to Seattle to see what may be the future in preventing bird-caused aviation catastrophes.

Inside the communications center at Seattle-Tacoma International Airport, a goose call provides the sound of an avian radar alert.

Operators demonstrated what happens when a bird issue is detected. Personnel are quickly dispatched to address the problem, sometimes with pyrotechnics to disperse the birds away from the air traffic.

"This is a bird strike, every one in the freezer is an aircraft struck bird," he said.

The number of bird strikes has gone down since avian radar went active, according to Osmek. He says it has been beneficial in other ways.

"Avian radar saved the airport over $6 million because it helped us identify a hazardous wildlife attractant but it showed us the way we mitigated a hazard was the right way to do it."

He acknowledges this type of radar still has a ways to go, noting soon it will be three dimensional.

Professor Ed Herricks at the University of Illinois is a leading expert on avian radar. When we asked Professor Herricks if avian radar has reduced the number of bird strikes at SeaTac, he told us, "I would say no because there has been no way to quantify that effect. There has certainly been an improved awareness of wildlife issues at SEA, due in part to the publicity the radar has received over the years." We asked Professor Herricks if avian radar would be beneficial to DIA and he told us, "any airport can benefit from a better understanding of bird movement dynamics on and around the airport."

Osmek showed CBS4 a Red Tail Hawk that was captured during the visit. He explained the birds are often trapped and relocated as far as 80 miles away where they might find food more to their liking and then stay in that area. He referred to that as "the better restaurant theory." 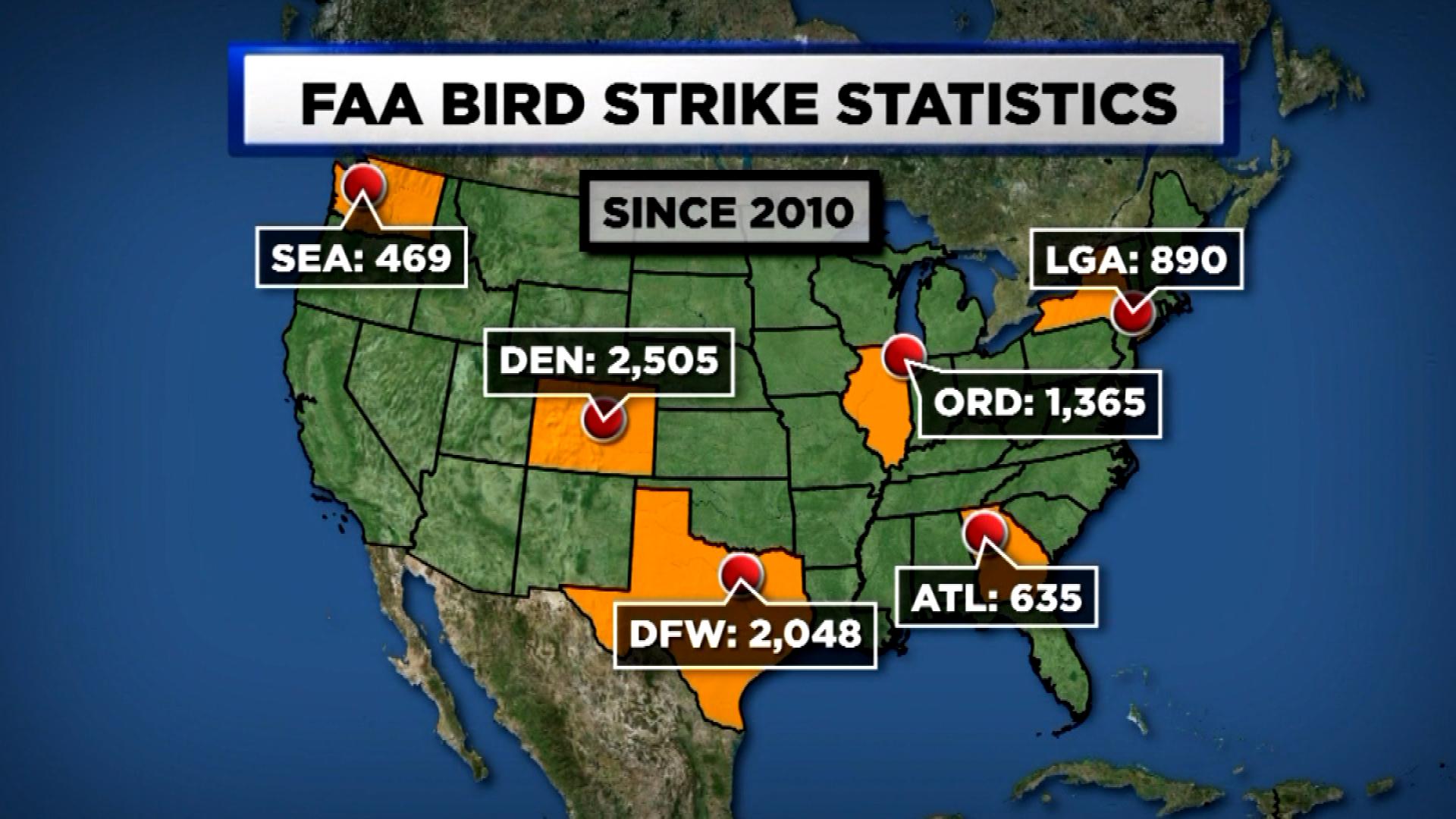 The FAA statistics show Denver had 2,500 bird strikes reported since 2010.

Kendra Cross's job is to make sure the birds and planes at DIA share the skies safely, but she has doubts about bird radar at DIA.

"I think it could be useful for smaller aiports that don't have the operations numbers that Denver International has," she said.

While other airports have been given the radar systems to test for free, DIA spokesperson Stacey Stegman says the
airport would have to buy it.

"We are not willing to pay millions of dollars and waste money for 'What if.' What we want is something proven. If it is out there and makes sense we want to talk to someone," Stegman said.

This year, DIA reports it spent $1.3 million improving concrete trickle channels to improve water drainage and remove cattails near taxiways and runways. Spokesman Heath Montgomery wrote in an email to CBS4, "Since the improvements, wildlife strike incidents and activity have been reduced in those areas and wildlife activity will continue to be monitored. That's the kind of investment that makes the most sense for Denver. (Instead of) investing many millions of dollars in an unproven technology that has serious limitations for our airfield."

Montgomery added, "We have a robust wildlife program that harasses tens of thousands of birds each year, we manage our property to mitigate wildlife and we have a better grasp of the persistent bird issues than radar could ever give us."