DENVER (CBS) - Our moisture-packed Spring storm -- now considered a Bomb Cyclone -- is spinning across Colorado and mixing it up with cold air flowing into northeastern areas of the state. This means the forecast is holding together for blizzard conditions to develop by afternoon across Denver and northeastern Colorado.

Forecasters use the term "Bomb Cyclone" to describe a storm that has a dramatic drop in pressure in a one day period. Now, The conventional criteria to call a storm a bomb cyclone is a 24 millibar drop in pressure within 24 hours. Our latest spring storm has had a drop of 17 millibars in less than 24 hours. But, according to David Roth, a senior forecast at NOAA/NWS Weather Prediction Center, storms in lower latitudes have a lower threshold for being deemed a bomb cyclone.

The term bomb cyclone has been around since 1980 and is not related to how much snow you will see. It is totally just a measure of how much the pressure has dropped in any given storm system.

The Blizzard Warning is in effect through noon Thursday from the Palmer Divide north through Denver, Fort Collins and Cheyenne out across the northeastern plains. Wind gusts could reach 35 to 55 mph with up to four-to-10 inches of snow.

There are also a Winter Storm Watches and Advisories for the northern, Central and Southwest mountains of the state for at least a foot of snow in some areas.

RELATED: CDOT Makes Call To Shut Down Eastbound Lanes Of I-76

Travel will be very difficult across eastern Colorado Wednesday afternoon through Thursday morning. Blowing snow will dramatically hinder visibility and roads will become slushy, icy and snow packed in many areas. Travel tonight is discouraged. But, if you have to travel keep be sure and pack blankets, food, water and even a flashlight.

The snowfall will be very heavy and wet. So that along with strong winds may cause tree branches to break. This may result in a few power outages across the region.

Here is the North American snow model for the snowfall through Thursday. Not exact numbers but, gives communities an idea of what to expect. 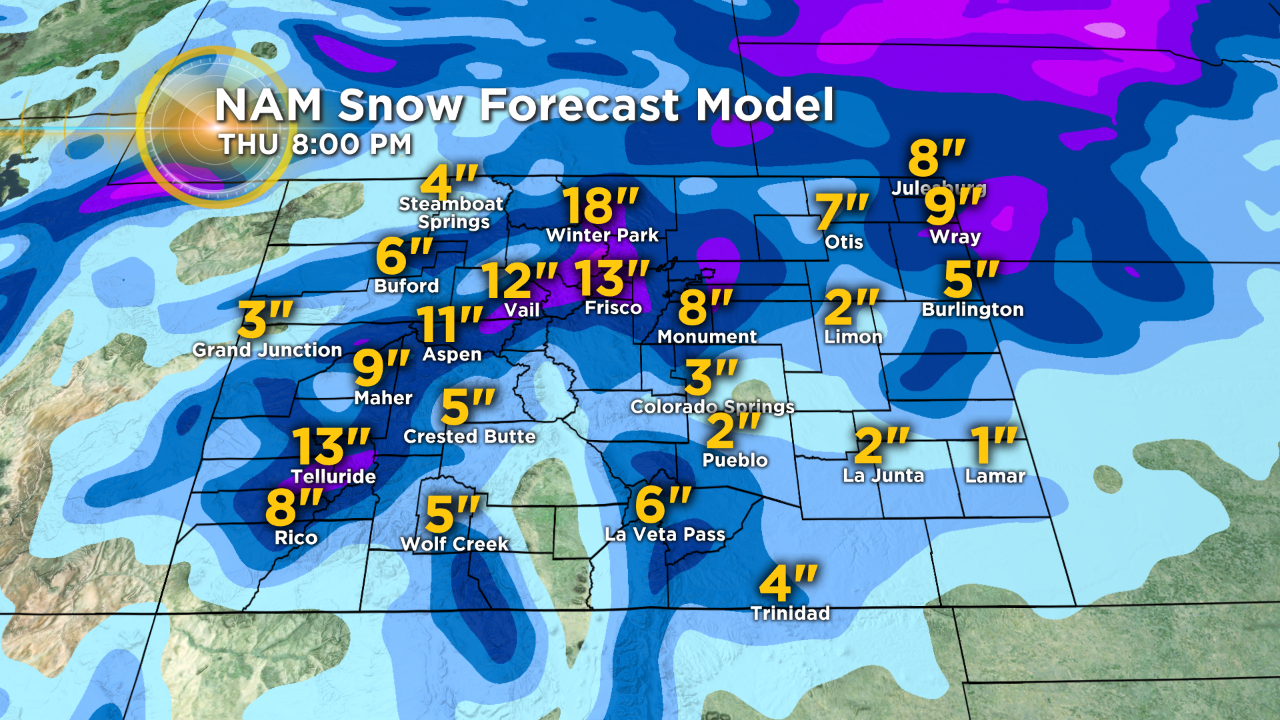 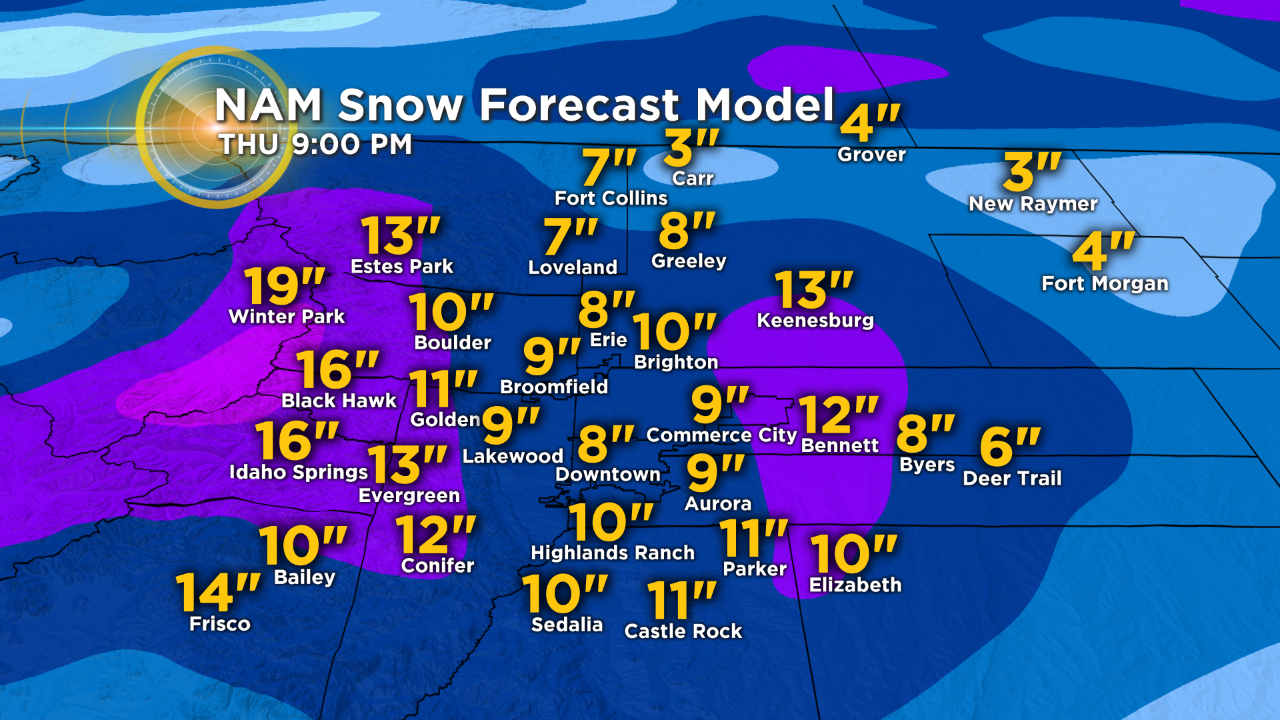