DENVER (CBS4) - Denver city leaders hosted a news conference on Sunday to discuss arrests and destruction from riots on Saturday night. A group of about 50-75 people rioted outside the Denver Police Department headquarters.

"They brought weapons to the table. They had guns. They brought explosives, axes, machetes, and had one intent purpose and that was to harm our officers," said Murphy Robinson, Denver's Public Safety Director. "I want these anarchists to hear me clearly and loudly that this will not be tolerated in our city. You are not welcome here."

Robinson went on to say the city plans to do everything in its power to stop these violent acts.

"Effective immediately, I'm suspending the Command PR Bond Jail Inmate cap I put in place due to COVID-19 in March," he said. The cap aimed to prevent the spread of the coronavirus in the jail.

The group was calling for the department to be abolished.

Multiple buildings suffered damage, such as broken windows. One of those buildings was the Quizno's at 14th and Cherokee. It was boarded up Sunday morning.

"Last night was a riot in our city," said Denver Mayor Michael Hancock. "We will not be using the words protest or march. This was a riot."

Some individuals also set fires in front of police headquarters.

"I want to speak to you as a Black man and as a Denver native," Robinson said. "The narrative that these anarchists are marching for justice for Black lives is frankly false. The public needs to know that you do not represent us. Stop using the color of my skin to tear up my city." 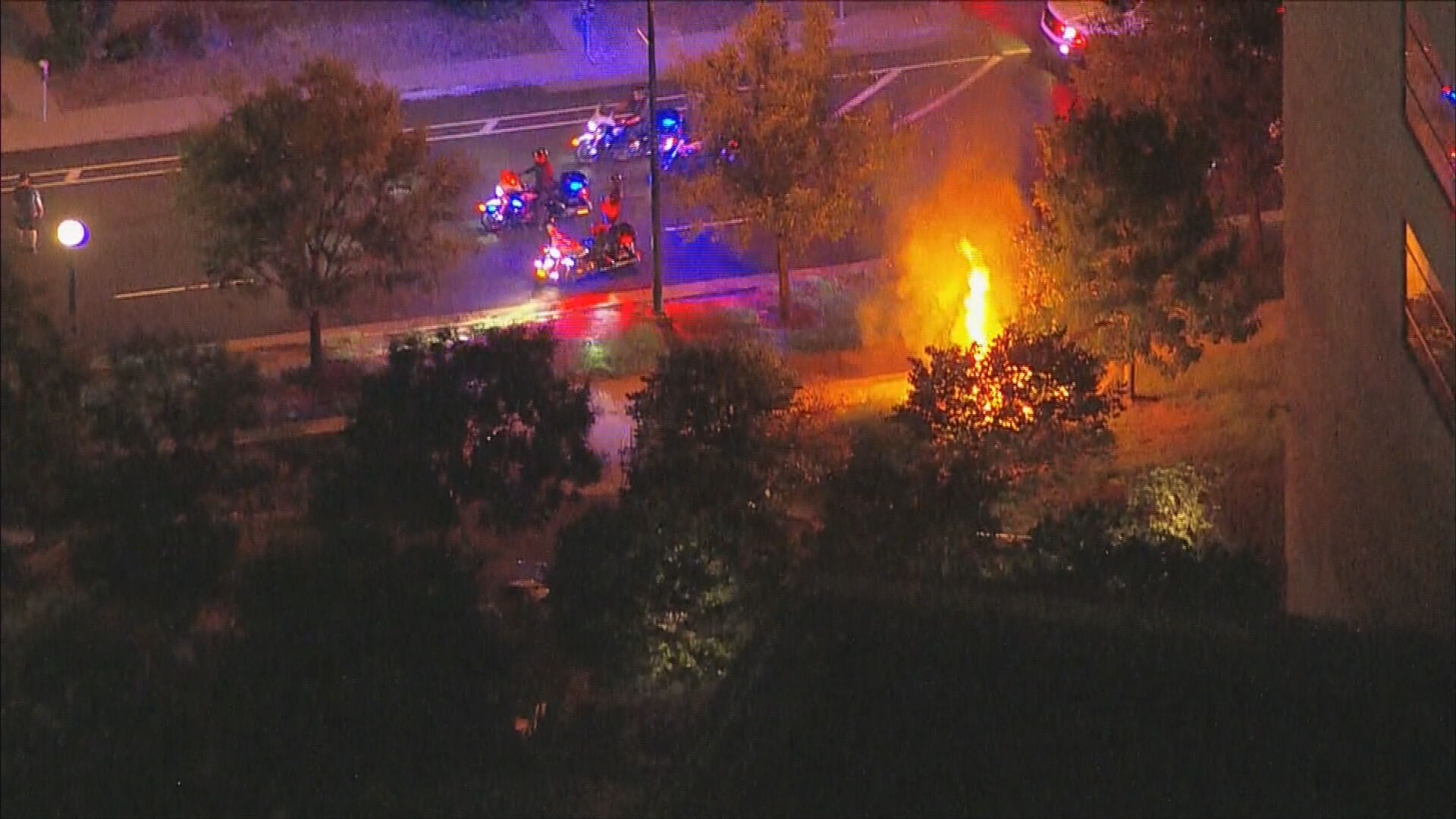 "We're going to do everything we can, use every element of law and justice to hold those who committed these crimes in our city last night, hold them accountable," said Hancock.

He added the city will seek action for those suspects to pay for the damage they're suspected of causing.

"A lot of damage was inflicted on buildings last night, particularly public-owned buildings. I have instructed the City Attorney's Office to prepare, as we can prove, those who inflicted this damage on our building, prepare to hold them fully accountable for restitution," he said. "This should not be something born by the people of Denver, the taxpayers of this city."

Police Chief Paul Pazen says approximately seven of the suspects have Denver addresses, two have Boulder addresses and the rest have unknown addresses.

One officer suffered a concussion and third degree burns. That officer is expected to make a full recovery.