The Denver Broncos came into Sunday's game only one contest away from winning the AFC West, with the strong Tampa Bay Buccaneers entering the Mile High City as a fearsome foe. 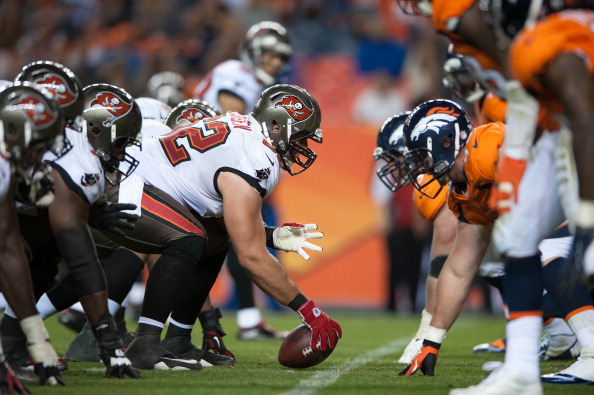 Tampa Bay started the game on fire, scoring a quick touchdown and taking the 10-7 lead into halftime. But the Broncos fought back, scoring 21 unanswered points in second half to win their seventh straight game Sunday in Denver. Peyton Manning caught fire, throwing two straight touchdowns while Von Miller took his first pick-six of the season to secure the win.

The Denver offense started strong, but went into a coma soon afterwards. Their first drive was dynamic, as Peyton Manning passed short to a litany of receivers. He hit Jacob Tame, Demaryius Thomas, Eric Decker and even defensive tackle Mitch Unrein for the touchdown. For most of the first and second quarter, they went to sleep, but the offense woke up in the second half.

Manning went wild, taking four plays to score a touchdown to Tamme, then he hit Thomas in the end zone for the 21-10 lead. The veteran quarterback moved his team downfield for a field goal in the third quarter, cementing the 31-23 win. Manning went 28-37 for 242 yards, three touchdowns and one interception.

The Denver defense started slowly, as with nearly every other week, allowing Tampa Bay to grab the 10-7 lead before the half. The orange and blue went on a 21-point run to start the second half, which included a pick-six by star linebacker Von Miller. Overall, they limited Doug Martin to only 56 yards on the ground, while holding the entire team to a mere 71 yards rushing on the day. Miller also forced a fumble, as he continued to enjoy a stellar second season. Chris Harris played very well too, recording a game-high six tackles, tied with Miller.

Trindon Holliday did very well again Sunday, returning four punts for 95 yards while also taking a kickoff 25 yards to give the Broncos great field possession all Sunday long. Also, Matt Prater went 4-4 on his extra points, though he missed one of his two field goals on the day. It wasn't a great day for Denver's special teams, but it was good enough.

Jack Del Rio did another superb job drawing up defense Sunday afternoon, as he has many times during Denver's current NFL-high seven-game winning streak. The defense basically stopped Doug Martin, and held the Buccaneers amazing rush offense to a low of 71 yards total on the ground. Offensive coordinator Mike McCoy did well himself, passing almost all the time with the Broncos' O against Tampa's league-worst pass defense and league-best rushing defense.

Rich Kurtzman is a Denver native, Colorado State University alumnus, sports nerd, athletics enthusiast, and competition junkie. Currently writing for a multitude of websites while working on books, one on the history of the Denver Broncos and Mile High Stadium. Find more of Rich's Denver Broncos pieces on Examiner.com.