FORT COLLINS, Colo. (CBS4) - Police in Fort Collins are investigating a hit-and-run that left a man with serious injuries.

According to police, on Monday just after 11:30 p.m. officers were called about a man lying in the southbound lanes of College Avenue near Spring Park Drive. When they arrived they found George Taylor, 53, of Fort Collins, lying in the road.

"Taylor had serious injuries, consistent with being hit by a motor vehicle, and was transported to Medical Center of the Rockies for treatment," police said in a statement. "His backpack and bicycle were found just off the roadway leaning on a planter box."

Police don't have any witnesses or any information on a vehicle at this time. 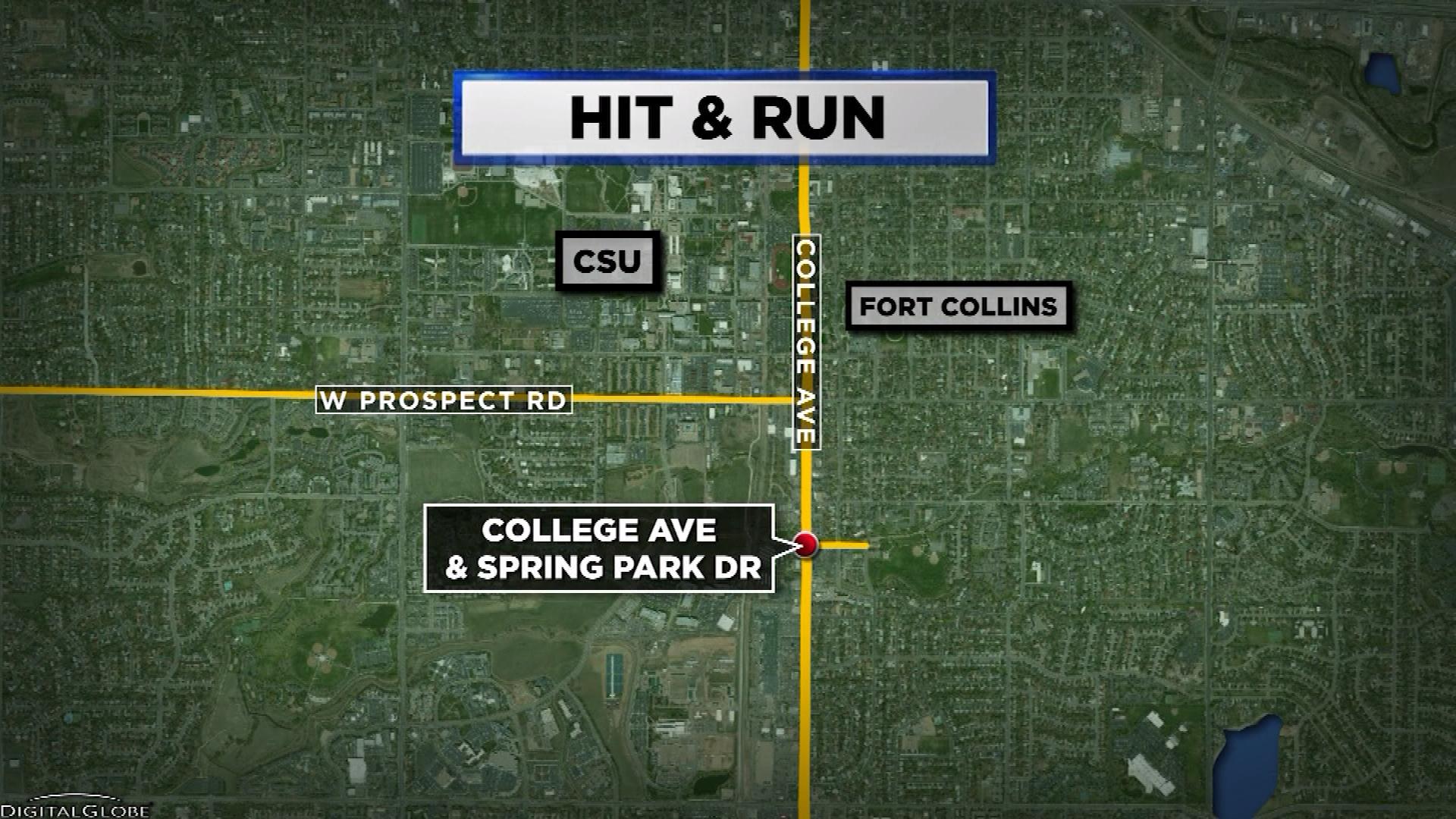 "If somebody is involved in an accident they need to stick around and talk with police. Just putting that puzzle together is really important for us figure out what happened, and in some cases, you know, the driver of the vehicle is not at fault," Kate Kimble with Fort Collins Police said. "In some cases, the driver of the vehicle is at fault, and only by talking with police can we get the full story."

Last year, Fort Collins police responded to 58 collisions between vehicles and pedestrians. According to police statistics, seven of those crashes involved hit and run.

Anyone with information about the collision, who has not already given a statement to police, is asked to contact Officer Drew Jurkofsky at 970-416-2224.